How Praise can Empower 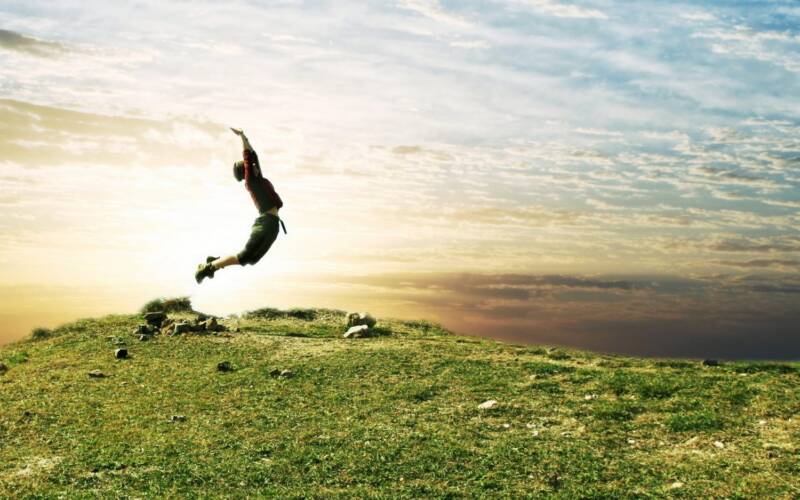 Reuben is the leader who might have been but never was. He was Jacob’s firstborn. Jacob said of him on his deathbed, “Reuben, you are my firstborn, my might, the first sign of my strength, excelling in honour, excelling in power.” (Gen. 49:3) This is an impressive tribute, suggesting physical presence and commanding demeanour.
More significantly, in his early years Reuben consistently appeared to be the most morally sensitive of Jacob’s children. He was Leah’s son, and keenly felt his mother’s disappointment that she was not Jacob’s favourite. Here is the first description of him as a child:

During wheat harvest, Reuben went out into the fields and found some mandrake plants, which he brought to his mother Leah.

Mandrakes were thought to be an aphrodisiac. Reuben knew this and immediately thought of his mother. It was a touching gesture but it misfired because he presented them to Leah in the presence of Rachel and unintentionally caused an argument between them.
The next episode in which we see Reuben is far more troubling:

Rachel died and was buried on the way to Ephrat, that is, Bethlehem…  While Israel was living in that region, Reuben went in and slept [vayishkav] with his father’s concubine Bilhah…

If understood literally this would amount to a major sin. Sleeping with your father’s concubine was not only a sexual crime; it was an unforgivable act of treason and betrayal, as we discover later in Tanach when Absalom decides to rebel against his father David and replace him as king. Ahitophel gives him the following advice:

“Sleep with your father’s concubines, whom he left to take care of the palace. Then all Israel will hear that you have made yourself obnoxious to your father, and the hands of everyone with you will be more resolute.”

According to the Sages, the text about Reuben is not to be understood literally.[1] After Rachel died, Jacob had moved his bed to the tent of Bilhah, Rachel’s handmaid. This, felt Reuben, was an intolerable humiliation for his mother. It was hard for Leah to endure the fact that Jacob loved her sister more. It would have been altogether unbearable for her to discover that he even preferred Rachel’s handmaid. So Reuben moved Jacob’s bed from Bilhah’s tent to Leah’s. The verb vayishkav should therefore be translated not as “slept with” but “changed the sleeping arrangement.”

At this point, however, the text does a strange thing. It says, “Reuben went in and slept with [or changed the sleeping arrangement of] his father’s concubine Bilhah, and Israel heard of it …” and then signals a paragraph break in the middle of the sentence. The sentence ends: “Jacob had twelve sons.” This is very unusual indeed. What it suggests is an audible silence. Communication had completely broken down between Jacob and Reuben. If the Sages are correct in their interpretation, then this is one of the greatest tragedies in the whole of Genesis. Jacob clearly believed that Reuben had slept with his concubine Bilhah. He cursed him for it on his deathbed:

Unstable as water, you will not excel, for you went up onto your father’s bed, onto my couch, and defiled it.

Yet according to the Sages, this did not happen. Had Jacob been willing to speak to Reuben he would have discovered the truth, but Jacob grew up in a family that lacked open, candid communication (as we saw a few weeks ago, during our discussion of parshat Toldot). Thus, for many years Reuben was suspected by his father of a sin he had not committed – all because he cared about the feelings of his mother.

Which brings us to the third episode in Reuben’s life, the most tragic of all. Jacob favoured Joseph, son of his beloved Rachel, and the other brothers knew it. When he gave Joseph a visible sign of favouritism, the richly embroidered cloak, the brothers resented it yet more. When Joseph began to have dreams of the rest of the family bowing down to him, the brothers’ animosity reached boiling point. When they were far from home, tending the flocks, and Joseph appeared in the distance, their hatred made them decide then and there to kill him. Reuben alone resisted:

When Reuben heard this, he tried to rescue him [Joseph] from their hands. “Let’s not take his life,” he said. “Don’t shed any blood. Throw him into this cistern here in the wilderness, but do not lay a hand on him.” Reuben said this to rescue him from them and take him back to his father.

Reuben’s plan was simple. He persuaded the brothers not to kill Joseph but rather to let him die by leaving him to starve in a pit. He intended to return later, when the brothers had moved on, to rescue him. When he returned, however, Joseph was no longer there. He had been sold as a slave. Reuben was devastated.

Three times Reuben tried to help but despite his best intentions, his efforts failed. He was responsible for the one recorded quarrel between Leah and Rachel. His father wrongly suspected him of a major sin and cursed him on his deathbed. He failed to save Joseph. Reuben knew when things were not right, and tried to act to make changes for the better, but he somehow lacked the prudence, confidence or courage to achieve his desired outcome. He should have waited for Leah to be alone before giving her the mandrakes. He should have remonstrated directly with his father about his sleeping arrangements. He should have physically taken Joseph safely back home.

What happened to Reuben to make him lack confidence? The Torah gives a poignant and unmistakable hint. Listen to these verses describing the birth of Leah’s (and Jacob’s) first two children:

When the Lord saw that Leah was not loved, he enabled her to conceive, but Rachel remained childless. Leah became pregnant and gave birth to a son. She named him Reuben, for she said, “It is because the Lord has seen my misery. Surely my husband will love me now.” She conceived again, and when she gave birth to a son she said, “Because the Lord heard that I am not loved, he gave me this one too.” So she named him Simeon.

Both times, it was Leah, not Jacob, who named the child – and both names were a cry to Jacob to notice her and love her – if not for herself then at least because she has given him children. Jacob evidently did not notice.
Reuben became what he became because – so the text seems to imply – his father’s attention was elsewhere; he did not care for either Leah or her sons (the text itself says, “the Lord saw that Leah was not loved”). Reuben knew this and felt intensely his mother’s shame and his father’s apparent indifference.

People need encouragement if they are to lead. It is fascinating to contrast the hesitant Reuben with the confident – even overconfident  – Joseph, who was loved and favoured by his father. If we want our children to have the confidence to act when action is needed, then we have to empower, encourage and praise them.
There is a fascinating Mishnah in Ethics of the Fathers:

Why does the Mishnah, whose aim is to teach us lasting truths, give us this apparently trivial account of Rabban Yochanan ben Zakkai’s pupils and how he used to praise them? The answer, I believe, is that the Mishnah is telling us how to raise disciples, how to be a coach, mentor and guide: by using focused praise.

The Mishnah does not simply say that Yochanan ben Zakkai said good things about his students. It uses an unusual locution: “He used to count [moneh] their praise”, meaning, his positive remarks were precise and accurately targeted. He told each of his disciples what their specific strength was.

Eliezer ben Hyrcanus had an outstanding memory. At a time when the Oral Law was not yet written down, he could recall the teachings of the tradition better than anyone else. Elazar ben Arach was creative, able to come up with an endless stream of fresh interpretations. When we follow our particular passions and gifts, we contribute to the world what only we can give.

However, the fact that we may have an exceptional gift may also mean that we have conspicuous deficiencies. No one has all the strengths. Sufficient if we have one. But we must also know what we lack. Eliezer ben Hyrcanus became so fixated on the past that he resisted change even when it was decided on by the majority of his colleagues. Eventually he was excommunicated for failing to accept his colleagues’ ruling (Baba Metzia 59b).

Elazar ben Arach’s fate was even sadder. After the death of Yochanan ben Zakkai, he separated from his colleagues. They went to Yavneh; he went to Hamat (Emmaus). It was a pleasant place to live and it was where his wife’s family lived. Apparently he was so confident of his intellectual gifts that he believed he could maintain his scholarship by himself. Eventually he forgot everything he had ever learned (Avot de-Rabbi Natan 14: 6). The man more gifted than his contemporaries eventually died while making almost no lasting contribution to the tradition.

There is a delicate balance between the neglect that leads to someone to lack the confidence to do the necessary deed, and the excessive praise or favouritism that creates overconfidence and the belief that you are better than others. That balance is necessary if we are to be the sunlight that helps others grow.