Improbable Endings and the Defeat of Despair 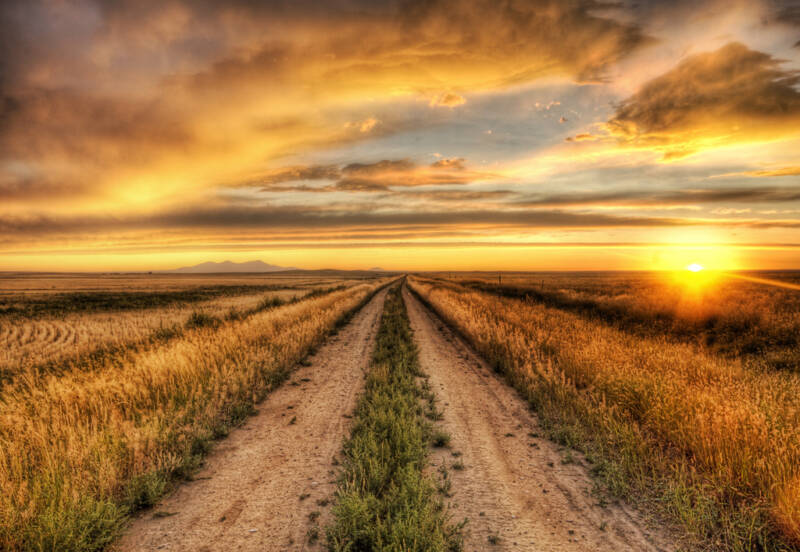 We live life looking forward but we understand it only looking back.

As we live from day to day, our life can seem like a meaningless sequence of random events, a series of accidents and happenstances that have no shape or inner logic. A traffic jam makes us late for an important meeting. A stray remark we make offends someone in a way we never intended. By a hair’s-breadth we fail to get the job we so sought. Life as we experience it can sometimes feel like Joseph Heller’s definition of history: “a trashbag of random coincidences blown open in a wind.”

Yet looking back, it begins to make sense. The opportunity we missed here led to an even better one there. The shame we felt at our unintentionally offensive remark makes us more careful about what we say in the future. Our failures, seen in retrospect many years later, turn out to have been our deepest learning experiences. Our hindsight is always more perceptive than our foresight. We live life facing the future, but we understand life only when it has become our past.

Nowhere is this set out more clearly than in the story of Joseph in this week’s parsha. It begins on a high note: “Now Israel loved Joseph more than all his sons, because he was a son of his old age, and he made a richly embroidered robe.” But with dramatic speed, that love and that gift turn out to be Joseph’s undoing. His brothers began hating him. When he told them his dream, they hated him even more. His second dream offended even his father. Later, when he went to see his brothers tending their flocks, they first plotted to kill him, and eventually sold him as a slave.

At first, in Potiphar’s house, he seemed to be favoured by fortune. But then his master’s wife tried to seduce him and when he refused her advances she accused him of attempted rape and he was sent to prison with no way of proving his innocence. He seemed to have reached his nadir. There was nowhere lower for him to fall.

Then came an unexpected ray of hope. Interpreting the dream of a fellow prisoner, who had once been Pharaoh’s cup-bearer, he predicted his release and return to his former elevated role. And so it happened. Joseph asked only one thing in return: “Remember me when it goes well with you, and please show me kindness: mention me to Pharaoh, and get me out of this place. For I was forcibly taken from the land of the Hebrews, and here also I have done nothing to deserve being put in this pit.”

The last line of the parsha is one of the cruelest blows of fate in the Torah: “The chief cupbearer did not remember Joseph; he forgot him.” Seemingly his one chance of escape to freedom is now lost. Joseph, the beloved son in his magnificent robe has become Joseph, the prisoner bereft of hope. This is as near the Torah gets to Greek tragedy. It is a tale of Joseph’s hubris leading, step after step, to his nemesis. Every good thing that happens to him turns out to be only the prelude to some new and unforeseen misfortune.

Yet a mere two years later, at the beginning of next week’s parsha, we discover that all this has been leading to Joseph’s supreme elevation. Pharaoh makes him Viceroy over Egypt, the greatest empire of the ancient world. He gives him his own signet ring, has him dressed in royal robes and a gold chain, and has him paraded in a chariot to the acclaim of the crowds. A mere thirty years old, he has become the second most powerful man in the world. From the lowest pit he has risen to dizzying heights. He has gone from zero to hero overnight.

What is stunning about the way this story is told in the Torah is that it is constructed to lead us, as readers, in precisely the wrong direction. Parshat Vayeshev has the form of a Greek tragedy. Mikketz then comes and shows us that the Torah embodies another worldview altogether. Judaism is not Athens. The Torah is not Sophocles. The human condition is not inherently tragic. Heroes are not fated to fall.

The reason is fundamental. Ancient Israel and the Greece of antiquity – the two great influences on Western civilisation – had profoundly different understandings of time and circumstance. The Greeks believed in moira or ananke, blind fate. They thought that the gods were hostile or at best indifferent to humankind, so there was no way of avoiding tragedy if that is what fate had decreed. Jews believed, and still believe, that God is with us as we travel through time. Sometimes we feel as if we are lost, but then we discover, as Joseph did, that He has been guiding our steps all along.
Initially Joseph had flaws in his character. He was vain about his appearance;[1] he brought his father evil reports about his brothers;[2] his narcissism led directly to the advances of Potiphar’s wife.[3] But the story of which he was a part was not a Greek tragedy. By its end – the death of Joseph in the final chapter of Genesis – he had become a different human being entirely, one who forgave his brothers the crime they committed against him, the man who saved an entire region from famine and starvation, the one Jewish tradition calls “the tzaddik.”[4]

Don’t think you understand the story of your life at half-time. That is the lesson of Joseph. At the age of twenty-nine he would have been justified in thinking his life an abject failure: hated by his brothers, criticised by his father, sold as a slave, imprisoned on a false charge and with his one chance of freedom gone.

The second half of the story shows us that Joseph’s life was not like that at all. His became a tale of unprecedented success, not only politically and materially, but also morally and spiritually. He became the first person in recorded history to forgive. By saving the region from famine, he became the first in whom the promise made by God to Abraham came true: “Through you, all the families of the land will be blessed” (Gen. 12:3). There was no way of predicting how the story would end on the basis of the events narrated in parshat Vayeshev. The turning-point in his life was a highly improbable event that could not have been predicted but which changed all else, not just for him but for large numbers of people and for the eventual course of Jewish history. God’s hand was at work, even when Joseph felt abandoned by every human being he had encountered.

We live life forward but we see the role of Providence in our lives only looking back. That is the meaning of God’s words to Moses: “You will see My back” (Ex. 33:23), meaning, “You will see Me only when you look back.”

Joseph’s story is a precise reversal of the narrative structure of Sophocles’ Oedipus. Everything Laius and his son Oedipus do to avert the tragic fate announced by the oracle in fact brings it closer to fulfilment, whereas in the story of Joseph, every episode that seems to be leading to tragedy turns out in retrospect to be a necessary step to saving lives and the fulfilment of Joseph’s dreams.

Judaism is the opposite of tragedy. It tells us that every bad fate can be averted (hence our prayer on the High Holy Days that “penitence, prayer and charity avert the evil decree”) – while every positive promise made by God will never be undone.[5]

Hence the life-changing idea: Despair is never justified. Even if your life has been scarred by misfortune, lacerated by pain, and your chances of happiness seem gone forever, there is still hope. The next chapter of your life can be full of blessings. You can be, in Wordsworth’s lovely phrase, “surprised by joy.”

Every bad thing that has happened to you thus far may be the necessary prelude to the good things that are about to happen because you have been strengthened by suffering and given courage by your ability to survive. That is what we learn from the heroes of endurance from Joseph to the Holocaust survivors of today, who kept going, had faith, refused to despair, and were privileged to write a new and different chapter in the book of their lives.

Seen through the eye of faith, today’s curse may be the beginning of tomorrow’s blessing. That is a thought that can change a life.

LIFE-CHANGING IDEA #9
Seen through the eye of faith, today’s curse may be the beginning of tomorrow’s blessing.