The Heroism of Tamar 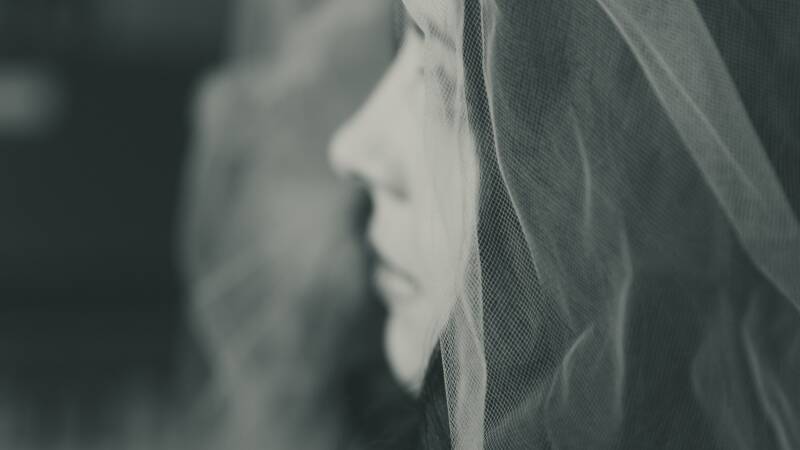 This is a true story that took place in the 1970s. Rabbi Dr Nahum Rabinovitch, then Principal of Jews’ College, the rabbinic training seminary in London where I was a student and teacher, was approached by an organisation that had been given an unusual opportunity to engage in interfaith dialogue. A group of African Bishops wanted to understand more about Judaism. Would the Principal be willing to send his senior students to engage in such a dialogue, in a chateau in Switzerland?

To my surprise, he agreed. He told me that he was sceptical about Jewish-Christian dialogue in general because he believed that over the centuries the Church had been infected by an antisemitism that was very difficult to overcome. At that time, though, he felt that African Christians were different. They loved Tanach and its stories. They were, at least in principle, open to understanding Judaism on its own terms. He did not add – though I knew it was in his mind since he was one of the world’s greatest experts on Maimonides – that the great twelfth-century Sage held an unusual attitude to dialogue. Maimonides believed that Islam was a genuinely monotheistic faith while Christianity – in those days – was not. Nonetheless, he held it was permitted to study Tanach with Christians but not Muslims, since Christians believed that Tanach (what they called the Old Testament), was the word of God whereas Muslims believed that Jews had falsified the text.[1]

So we went to Switzerland. It was an unusual group: the semichah class of Jews’ College, together with the top class of the yeshiva in Montreux where the late Rabbi Yechiel Weinberg, author of Seridei Esh and one of the world’s foremost halachists, had taught. For three days the Jewish group davenned and bentsched with special intensity. We learned Talmud each day. For the rest of the time we had an unusual, even transformative, encounter with the African Bishops, ending with a chassidic-style tisch during which we shared with the Bishops our songs and stories and they taught us theirs. At three in the morning we finished by dancing together. We knew we were different, we knew that there were deep divides between our respective faiths, but we had become friends. Perhaps that is all we should seek. Friends don’t have to agree in order to stay friends. And friendships can sometimes help heal the world.

On the morning after our arrival, an event had occurred that left a deep impression on me. The sponsoring body was a global, secular Jewish organisation, and to keep within their frame of reference the group had to include at least one non-orthodox Jew, a woman studying for the rabbinate. We, the semichah and yeshiva students, were davening the Shacharit service in one of the lounges in the chateau when the Reform woman entered, wearing tallit and tefillin, and sat herself down in the middle of the group.

This is something the students had not encountered before. What were they to do? There was no mechitzah. There was no way of separating themselves. How should they react to a woman wearing tallit and tefillin and praying in the midst of a group of davening men? They ran up to the Rav in a state of great agitation and asked what they should do. Without a moment’s hesitation he quoted to them the saying of the Sages: A person should be willing to jump into a furnace of fire rather than shame another person in public. (See Brachot 43b, Ketubot 67b) With that he ordered them back to their seats, and the prayers continued.

The moral of that moment never left me. The Rav, for the past 32 years head of the yeshiva in Maaleh Adumim, was and is one of the great halachists of our time.[2] He knew immediately how serious were the issues at stake: men and women praying together without a barrier between them, and the complex question about whether women may or may not wear a tallit and tefillin. The issue was anything but simple. But he knew also that halachah is a systematic way of turning the great ethical and spiritual truths into a tapestry of deeds, and that one must never lose the larger vision in an exclusive focus on the details. Had the students insisted that the woman pray elsewhere they would have caused her great embarrassment. Never, ever shame someone in public. That was the transcending imperative of the hour. That is the mark of a great-souled man. One of the great privileges of my life was to have been his student for over a decade.

The reason I tell this story here is that it is one of the powerful and unexpected lessons of our parsha. Judah, the brother who proposed selling Joseph into slavery (Gen. 37:26), had “gone down” to Canaan where he married a local Canaanite woman. (Gen. 38:1) The phrase “gone down” was rightly taken by the Sages as full of meaning.[3] Just as Joseph had been brought down to Egypt (Gen. 39:1) so Judah had been morally and spiritually brought down. Here was one of Jacob’s sons doing what the patriarchs insisted on not doing: marrying into the local population. It is a tale of sad decline.

He marries his firstborn son, Er, to a local woman, Tamar.[4] An obscure verse tells us that he sinned, and died. Judah then married his second son, Onan, to her, under a pre-Mosaic form of levirate marriage whereby a brother is bound to marry his sister-in-law if she has been widowed without children. Onan, reluctant to father a child that would be regarded as not his but his deceased brother’s, practised a form of coitus interruptus that to this day carries his name. For this, he too died. Having lost two of his sons, Judah was unwilling to give his third son, Shelah, to Tamar in marriage. The result was that she was left as a “living widow,” bound to marry her brother-in-law whom Judah was withholding, but unable to marry anyone else.

After many years, seeing that her father-in-law (by this time a widower himself) was reluctant to marry her to Shelah, she decided on an audacious course of action. She removed her widow’s clothes, covered herself with a veil, and positioned herself at a point where Judah was likely to see her on his way to the sheep-shearing. Judah saw her, took her to be a prostitute, and engaged her services. As surety for the payment he had promised her, she insisted that he leave her his seal, cord and staff. Judah duly returned the next day with the payment, but the woman was nowhere to be seen. He asked the locals the whereabouts of the temple prostitute (the text at this point uses the word kedeshah, “cult prostitute,” rather than zonah, thus deepening Judah’s offence), but no one had seen such a person in the locality. Puzzled, Judah returned home.

Three months later he heard that Tamar was pregnant. He leapt to the only conclusion he could draw, namely that she had had a physical relationship with another man while bound in law to his son Shelah. She had committed adultery, for which the punishment was death. Tamar was brought out to face her sentence, and Judah instantly noticed that she was holding his staff and seal. She said, “I am pregnant by the person to whom these objects belong.” Judah realised what had happened and proclaimed, “She is more righteous than I” (Gen. 38:26).

This moment is a turning-point in history. Judah is the first person in the Torah explicitly to admit he was wrong.[5] We do not realise it yet, but this seems to be the moment at which he acquired the depth of character necessary for him to become the first real baal teshuvah. We see this years later, when he – the brother who proposed selling Joseph as a slave – becomes the man willing to spend the rest of his life in slavery so that his brother Benjamin can go free. (Gen. 44:33) I have argued elsewhere that it is from here that we learn the principle that a penitent stands higher than even a perfectly righteous individual. (Brachot 34b) [6] Judah the penitent becomes the ancestor of Israel’s Kings while Joseph the Righteous is only a viceroy, mishneh le-melech, second to the Pharaoh.

Thus far Judah. But the real hero of the story was Tamar. She had taken an immense risk by becoming pregnant. Indeed she was almost killed for it. She had done so for a noble reason: to ensure that the name of her late husband was perpetuated. But she took no less care to avoid Judah being put to shame. Only he and she knew what had happened. Judah could acknowledge his error without loss of face. It was from this episode that the Sages derived the rule articulated by Rabbi Rabinovitch that morning in Switzerland: it is better to risk being thrown into a fiery furnace than to shame someone else in public.

It is thus no coincidence that Tamar, a heroic non-Jewish woman, became the ancestor of David, Israel’s greatest King. There are striking similarities between Tamar and the other heroic woman in David’s ancestry, the Moabite woman we know as Ruth.

There is an ancient Jewish custom on Shabbat and festivals to cover the challot or matzah reciting Kiddush. The reason is so as not to put the bread to shame while it is being, as it were, passed over in favour of the wine. There are some very religious Jews who, unfortunately, will go to great lengths to avoid shaming an inanimate loaf of bread but have no compunction in putting their fellow Jews to shame if they regard them as less religious than they are. That is what happens when we remember the halachah but forget the underlying moral principle behind it.

Never put anyone to shame. That is what Tamar taught Judah and what a great Rabbi of our time taught those who were privileged to be his students.

[2] This essay was originally written by Rabbi Sacks in 2015. Rabbi Dr. Nachum Rabinovitch was Rabbi Sacks’ Rav, his Rabbi, teacher, and mentor. He sadly passed away in 2020, a few months before Rabbi Sacks. To read more from Rabbi Sacks about Rabbi Rabinovitch, please see the Covenant & Conversation essay entitled “My Teacher: In Memoriam”, written for Matot-Masei.

[3] According to midrashic tradition (Midrash Aggadah, Pesikta Zutreta, Sechel Tov et al.), Judah was “sent down” or excommunicated by his brothers for convincing them to sell Joseph, after the grief they saw their father suffer. See also Rashi ad loc.

[4] Targum Yonatan identifies her as the daughter of Noah’s son Shem. Others identify her as a daughter of Abraham’s contemporary Malkizedek. The truth is, though, that she appears in the narrative without lineage, a device often used by the Torah to emphasise that moral greatness can often be found among ordinary people. It has nothing to do with ancestry. See Alshich ad loc.

[5] The text here is full of verbal allusions. As we noted, Judah has “gone down” just as Joseph has been “brought down.” Joseph is about to rise to political greatness. Judah will eventually rise to moral greatness. Tamar’s deception of Judah is similar to Judah’s deception of Jacob – both involve clothes: Joseph’s blood-stained coat, Tamar’s veil. Both reach their climax with the words haker na, “Please examine.” Judah forces Jacob to believe a lie. Tamar forces Judah to recognise the truth.