What is the Theme of the Stories of Genesis? 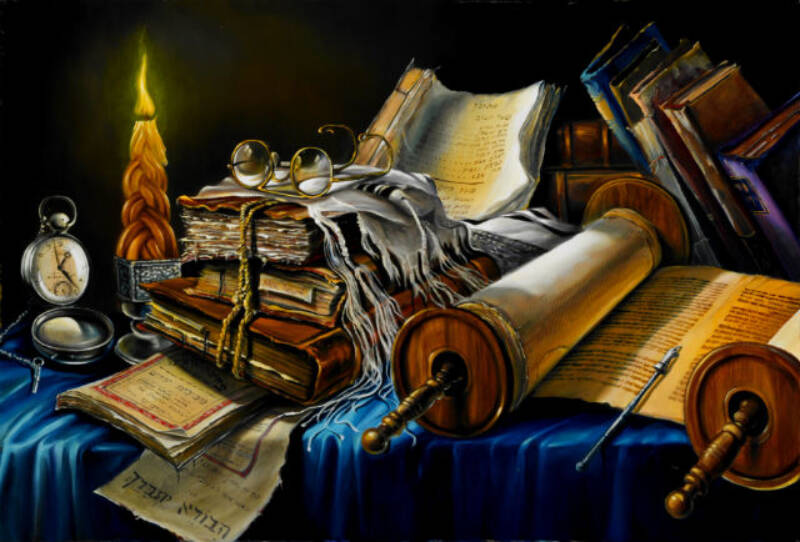 One of the most fundamental questions about the Torah turns out to be one of the hardest to answer. What, from the call of God to Abraham in Genesis 12 to the death of Joseph in Genesis 50, is the basic religious principle being taught? What does the entire set of stories about Abraham, Isaac and Jacob and their wives, together with Jacob’s sons and daughter, actually tell us? Abraham brought monotheism to a world that had forgotten it, but where do we see this in the actual text of the Torah itself?

Here is the problem: The first eleven chapters of Genesis teach us many fundamentals of faith: that God brought the universe into being and declared it good; that God made the human person in His image; that God gave us freedom and thus the ability to do not only good but also bad; that the good is rewarded, the bad punished and that we are morally responsible for our actions. Chapters 8 and 9 also tell us that God made a covenant with Noah and through him with all humanity.

It is equally easy to say what the rest of the Torah, from Exodus to Deuteronomy, teach us: that God rescued the Israelites from slavery, setting them on the road to freedom and the Promised Land; that God made a covenant with the people as a whole on Mount Sinai, with its 613 commands and its purpose, to establish Israel as a kingdom of priests and a holy nation. In short, Genesis 1-11 is about creation. Exodus to Deuteronomy is about revelation and redemption. But what are Genesis 12-50 about?

Abraham, Isaac and Jacob all recognise God. But so do non-Jews like Malkizedek, Abraham’s contemporary, described as “priest of God most high” (Gen. 14:18). So even does the Pharaoh of Joseph’s day, who says about him:

‘Can there be another person who has God’s spirit in him as this man does?’

God speaks to Abraham, Isaac and Jacob, but He does likewise to Avimelech king of Gerar (Gen. 20:3-7), and to Laban (Gen. 31:24). So what is special about the patriarchs?

They seem to teach no new principle of faith. Other than childbirth and rescue from danger, God performs no world-transforming miracles through them. They deliver no prophecies to the people of their generation. Other than an ambiguous hint when the Torah says that Abraham took with him on his journey “the souls they had gathered” (12:5), which may refer to converts they had made, but may equally merely refer to their servants, they attracted no disciples.

There is nothing explicit in the text that says they sought to persuade people of the truth of monotheism or that they did battle against idolatry. At most there is a story about how Rachel stole her father’s teraphim (31:19) which may or may not have been idols.

To be sure, a persistent theme of the patriarchal stories is the two promises God made to each of them, [1] that they would have many descendants and [2] they would inherit the land of Canaan. But God also makes promises to Ishmael and Esau, and the Torah seems to go out of its way to tell us that these promises were fulfilled for them before they were fulfilled for the children of the covenant (see Gen. 25:12-18 for the account of Ishmael’s children, and Gen. 36 for those of Esau). About Esau’s children, for example, it says:

So the question is real and puzzling. What was different about the patriarchs? What new did they bring to the world? What difference did monotheism make in their day?

There is an answer but it is an unexpected one. One theme appears no less than six (possibly even seven) times. Whenever a member of the covenantal family leaves his or her own space and enters the wider world of their contemporaries, they encounter a world of sexual free-for-all.

Three times, Abraham (Gen. 12 and 20) and Isaac (Gen. 26) are forced to leave home because of famine. Twice they go to Gerar. Once Abraham goes to Egypt. On all three occasions the husband fears he will be killed so that the local ruler can take his wife into his harem. All three times they put forward the story that their wife is actually their sister. At worst this is a lie, at best a half-truth. In all three cases the local ruler (Pharaoh, Avimelekh), protests at their behaviour when the truth becomes known. Clearly the fear of death was real or the patriarchs would not have been party to deception.

In the fourth case, Lot in Sodom (Gen. 19), the people cluster round Lot’s house demanding that he bring out his two visitors so that they can be raped. Lot offers them his virgin daughters instead. Only swift action by the visitors – angels – who smite the people with blindness, saves Lot and his family from violence.

In the fifth case (Gen. 34), Shechem, a local prince, rapes and abducts Dina when she “went out to visit some of the local girls.” He holds her hostage, causing Shimon and Levi to practise deception and bloodshed in the course of rescuing her.

Then comes a marginal case (Gen. 38), the story of Judah and Tamar, more complex than the others and not part of the overall pattern. Finally there is the sixth episode, in this week’s parsha, when Potiphar’s wife attempts to seduce Joseph. Failing, she accuses him of rape and has him imprisoned.

In other words, there is a continuing theme in Genesis 12-50, a contrast between the people of the Abrahamic covenant and their neighbours, but it is not about idolatry, but rather about adultery, promiscuity, sexual license, seduction, rape and sexually motivated violence.

The patriarchal narrative is surprisingly close to the view of Freud, that eros is one of the two primal drives governing human behaviour (the other is thanatos, the death instinct), and the view of at least one evolutionary psychologist (David Buss, in his books The Evolution of Desire and The Murderer Next Door) that sex is the main cause of violence amongst humans.

This gives us an entirely new way of thinking about Abrahamic faith. Emunah, the Hebrew word normally translated as faith, does not mean what it is taken to mean in English: a body of dogma, a set of principles, or a cluster of beliefs often held on non-rational grounds. Emunah means faithfulness, loyalty, fidelity, honouring your commitments, doing what you said you would do and acting in such a way as to inspire trust. It has to do with relationships, first and foremost with marriage.

Sex belongs, for the Torah, within the context of marriage, and it is marriage that comes closest to the deep resonances of the biblical idea of covenant. A covenant is a mutual act of commitment in which two persons, honouring their differences, each respecting the dignity of the other, come together in a bond of love to join their destinies and chart a future together. When the prophets want to speak of the covenantal relationship between God and His people, they constantly use the metaphor of marriage.

The God of Abraham is the God of love and trust who does not impose His will by force or violence, but speaks gently to us, inviting an answering response of love and trust. Genesis’ argument against idolatry – all the more impressive for being told obliquely, through a series of stories and vignettes – is that it leads to a world in which the combination of unchecked sexual desire, the absence of a code of moral self-restraint, and the worship of power, leads eventually to violence and abuse.

That domestic violence and abuse still exist today, even among religious Jews, is a disgrace and source of shame. Against this stands the testimony of Genesis that faithfulness to God means and demands faithfulness to our marriage partners. Faith – whether between us and God or between us and our fellow humans – means love, loyalty and the circumcision of desire.

What the stories of the patriarchs and matriarchs tell us is that faith is not proto- or pseudo-science, an explanation of why the natural universe is as it is. It is the language of relationships and the choreography of love. It is about the importance of the moral bond, in particular as it affects our most intimate relations. Sexuality matters to Judaism, not because it is puritanical but because it represents the love that brings new life into the world.

When a society loses faith, eventually it loses the very idea of a sexual ethic, and the result in the long term is violence and the exploitation of the powerless by the powerful. Women suffer. Children suffer. There is a breakdown of trust where it matters most. So it was in the days of the patriarchs. Sadly, so it is today. Judaism, by contrast, is the sanctification of relationship, the love between husband and wife which is as close as we will ever get to understanding God’s love for us.