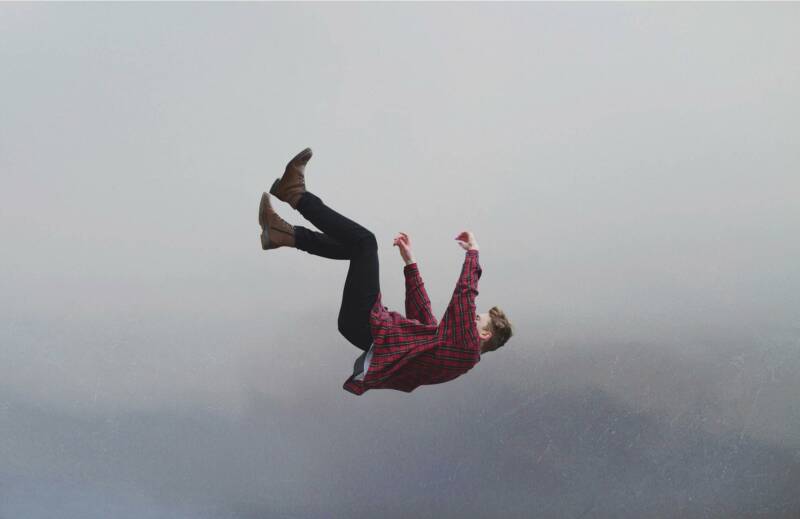 It is one of the great visions of the Torah. Jacob, alone at night, fleeing from the wrath of Esau, lies down to rest, and sees not a nightmare of fear but an epiphany:

He came to a certain place [vayifga bamakom] and stopped for the night because the sun had set. Taking one of the stones there, he put it under his head and lay down to sleep. He had a dream. He saw a ladder resting on the earth, with its top reaching heaven. God’s angels were going up and down on it. There above it stood God . . .

Jacob awoke from his sleep and said, “God is truly in this place, but I did not know it.” He was afraid and said, “How awesome is this place! This is none other than the house of God; this is the gate of heaven.”

On the basis of this passage the Sages said that “Jacob instituted the evening prayer.” The inference is based on the word vayifga which can mean not only, “he came to, encountered, happened upon” but also “he prayed, entreated, pleaded” as in Jeremiah 7:16, “Neither lift up cry nor prayer for them nor make intercession to Me [ve-al tifga bi].”

The Sages also understood the word bamakom, “the place” to mean “God” (the “place” of the universe). Thus Jacob completed the cycle of daily prayers. Abraham instituted shacharit, the morning prayer, Isaac minchah, the afternoon prayer, and Jacob arvit, the prayer of nighttimes.

This is a striking idea. Though each of the weekday prayers is identical in wording, each bears the character of one of the patriarchs. Abraham represents morning. He is the initiator, the one who introduced a new religious consciousness to the world. With him a day begins. Isaac represents afternoon. There is nothing new about Isaac – no major transition from darkness to light or light to darkness. Many of the incidents in Isaac’s life recapitulate those of his father. Famine forces him, as it did Abraham, to go to the land of the Philistines. He re-digs his father’s wells.

Isaac’s is the quiet heroism of continuity. He is a link in the chain of the covenant. He joins one generation to the next. He introduces nothing new into the life of faith, but his life has its own nobility. Isaac is steadfastness, loyalty, the determination to continue. Jacob represents night. He is the man of fear and flight, the man who wrestles with God, with others and with himself. Jacob is one who knows the darkness of this world.

There is, however, a difficulty with the idea that Jacob introduced the evening prayer. In a famous episode in the Talmud, Rabbi Joshua takes the view that, unlike shacharit or minchah, the evening prayer is not obligatory (though, as the commentators note, it has become obligatory through the acceptance of generations of Jews). Why, if it was instituted by Jacob, was it not held to carry the same obligation as the prayers of Abraham and Isaac? Tradition offers three answers.

The first is that the view that arvit is non-obligatory according to those who hold that our daily prayers are based, not on the patriarchs but on the sacrifices that were offered in the Temple. There was a morning and afternoon offering but no evening sacrifice. The two views differ precisely on this, that for those who trace prayer to sacrifice, the evening prayer is voluntary, whereas for those who base it on the patriarchs, it is obligatory.

The second is that there is a law that those on a journey (and for three days thereafter) are exempt from prayer. In the days when journeys were hazardous – when travellers were in constant fear of attack by raiders – it was impossible to concentrate. Prayer requires concentration (kavanah). Therefore Jacob was exempt from prayer, and offered up his entreaty not as an obligation but as a voluntary act – and so it remained.

The third is that there is a tradition that, as Jacob was travelling, “the sun set suddenly” – not at its normal time. Jacob had intended to say the afternoon prayer, but found, to his surprise, that night had fallen. Arvit did not become an obligation, since Jacob had not meant to say an evening prayer at all.

There is, however, a more profound explanation. A different linguistic construction is used for each of the three occasions that the Sages saw as the basis of prayer. Abraham “rose early in the morning to the place where he had stood before God” (Gen. 19:27). Isaac “went out to meditate [lasuach] in the field towards evening” (Gen. 24:63). Jacob “met, encountered, came across” God [vayifga bamakom]. These are different kinds of religious experience.

Abraham initiated the quest for God. He was a creative religious personality – the father of all those who set out on a journey of the spirit to an unknown destination, armed only with the trust that those who seek, find. Abraham sought God before God sought him.

Isaac’s prayer is described as a sichah, literally, a conversation or dialogue. There are two parties to a dialogue – one who speaks and one who listens, and having listened, responds. Isaac represents the religious experience as conversation between the word of God and the word of mankind.

Jacob’s prayer is very different. He does not initiate it. His thoughts are elsewhere – on Esau from whom he is escaping, and on Laban to whom he is travelling. Into this troubled mind comes a vision of God and the angels and a stairway connecting earth and heaven. He has done nothing to prepare for it. It is unexpected. Jacob literally “encounters” God as we can sometimes encounter a familiar face among a crowd of strangers. This is a meeting brought about by God, not man. That is why Jacob’s prayer could not be made the basis of a regular obligation. None of us knows when the presence of God will suddenly intrude into our lives.

There is an element of the religious life that is beyond conscious control. It comes out of nowhere, when we are least expecting it. If Abraham represents our journey towards God, and Isaac our dialogue with God, Jacob signifies God’s encounter with us – unplanned, unscheduled, unexpected; the vision, the voice, the call we can never know in advance but which leaves us transformed. As for Jacob so for us, it feels as if we are waking from a sleep and realising as if for the first time that “God was in this place and I did not know it.” The place has not changed, but we have. Such an experience can never be made the subject of an obligation. It is not something we do. It is something that happens to us. Vayfiga bamakom means that, thinking of other things, we find that we have walked into the Presence of God.

Such experiences take place, literally or metaphorically, at night. They happen when we are alone, afraid, vulnerable, close to despair. It is then that, when we least expect it, we can find our lives flooded by the radiance of the divine. Suddenly, with a certainty that is unmistakable, we know that we are not alone, that God is there and has been all along but that we were too preoccupied by our own concerns to notice Him. That is how Jacob found God – not by his own efforts, like Abraham; not through continuous dialogue, like Isaac; but in the midst of fear and isolation. Jacob, in flight, trips and falls – and finds he has fallen into the waiting arms of God. No one who has had this experience, ever forgets it. “Now I know that You were with me all the time but I was looking elsewhere.”

That was Jacob’s prayer. There are times when we speak and times when we are spoken to. Prayer is not always predictable, a matter of fixed times and daily obligation. It is also an openness, a vulnerability. God can take us by surprise, waking us from our sleep, catching us as we fall.