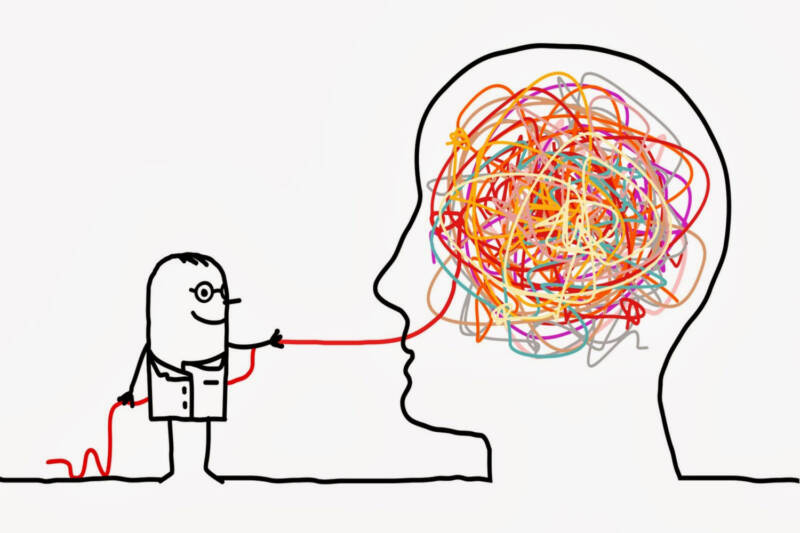 The phrase “Jewish thinker” may mean two very different things. It may mean a thinker who just happens to be Jewish by birth or descent – a Jewish physicist, for example – or it may refer to someone who has contributed specifically to Jewish thought: like Judah Halevi or Maimonides.

The interesting question is: is there a third kind of Jewish thinker, one who contributes to the universe of knowledge, but does so in a recognisably Jewish way? The answer to this is never straightforward, yet we instinctively feel that there is such a thing. To give an analogy: there is often something recognisably Jewish about a certain kind of humour. Ruth Wisse has interesting things to say about it in her book, No Joke.[1] So does Peter Berger in his Redeeming Laughter.[2] Humour is universal, but it speaks in different accents in different cultures.

I believe that something similar applies to psychoanalysis and psychotherapy. So many of the early practitioners of psychoanalysis, with the marked exception of Jung, were Jewish that it became known in Nazi Germany as the “Jewish science.” I have argued – though my views on this have been challenged – to the contrary, that by taking the Greek myth of Oedipus as one of his key models, Freud developed a tragic view of the human condition that is more Hellenistic than Jewish.[3]

By contrast, three of the most significant post-war psychotherapists were not merely Jewish by birth but profoundly Jewish in their approach to the human soul. Viktor Frankl, a survivor of Auschwitz, developed on the basis of his experiences there an approach he called Logotherapy, based on “man’s search for meaning.”[4] Though the Nazis took away almost every vestige of humanity from those they consigned to the death factories, Frankl argued that there was one thing they could never take away from their prisoners: the freedom to decide how to respond.

Aaron T. Beck was one of the founders of what is widely regarded as the most effective forms of psychotherapy: Cognitive Behavioural Therapy.[5] Among patients suffering from depression, he found that their feelings were often linked to highly negative thoughts about themselves, the world and the future. By getting them to think more realistically, he found that their mood tended to improve.

Martin Seligman is the founder of Positive Psychology, which aims not just to treat depression but actively to promote what he calls “authentic happiness” and “learned optimism.”[6] Depression, Seligman argued, is often linked to pessimism, which comes from interpreting events in a particular kind of way that he calls “learned helplessness”.

Pessimists tend to see misfortune as permanent (“It’s always like this”), personal (“It’s my fault”) and pervasive (“I always get things wrong”). This leaves them feeling that the bad they suffer is inevitable and beyond their control. Optimists look at things differently. For them, negative events are temporary, the result of outside factors, and exceptions rather than the rule. So, within limits,[7] you can unlearn pessimism, and the result is greater happiness, health and success.

What links all three thinkers is their belief that (1) there is always more than one possible interpretation of what happens to us, (2) we can choose between different interpretations and (3) the way we think shapes the way we feel. This gives all three a marked resemblance to a particular kind of Jewish thought, namely Chabad Chassidut, as developed by the first Lubavitcher Rebbe, Rabbi Shneur Zalman of Liady (1745-1812). The word Chabad stands for the initial letters of the three intellectual virtues, chokhmah, binah and da’at, “wisdom, understanding and knowledge,” which influence the more emotional attributes of chessed, gevurah and tiferet, “kindness, self-restraint and beauty or emotional balance.” Unlike the other Chassidic movements, which emphasised the emotional life, Chabad Chassidism focused on the power of the intellect to shape emotion. It was, in its way, an anticipation of cognitive behavioural therapy.

Its origins, however, lie far earlier. Last week I argued that Joseph was the first economist. This week I want to suggest that he was the first cognitive therapist. He was the first to understand the concept of reframing, that is, seeing the negative events of his life in a new way, thereby liberating himself from depression and learned helplessness.

The moment at which he does so comes when, moved by Judah’s passionate plea to let Benjamin return home to their father Jacob, he finally reveals himself to his brothers:

“I am your brother Joseph, whom you sold into Egypt. And now, do not be distressed and do not be angry with yourselves for selling me here, because it was to save lives that God sent me ahead of you.  For two years now there has been famine in the land, and for the next five years there will be no plowing and reaping. But God sent me ahead of you to preserve for you a remnant on earth and to save your lives by a great deliverance. So then, it was not you who sent me here, but God.”

Note what Joseph is doing here. He is reframing events so that the brothers will not have to live under an unbearable burden of guilt for having sold Joseph as a slave and deceived their father, causing him years of undiminished grief. But he is only able to do so for them because he has already done so for himself. When it happened, we cannot be sure. Was Joseph aware, all along, that the many blows of misfortune he suffered were all part of a divine plan, or did he only realise this when he was taken from prison to interpret Pharaoh’s dreams, and then made Viceroy of Egypt?

The text is silent on this point, but it is suggestive. More than any other character in the Torah, Joseph attributes all his achievements to God. This allows him to do what, in secular terms, Frankl, Beck and Seligman would all have advised him to do if he had been one of their patients: think of a mission he was being called on to fulfill (Frankl), reinterpret misfortune as possibility (Beck) and see the positive elements of his situation (Seligman). Not only was Joseph freed from a physical prison; he freed himself from an emotional prison, namely resentment toward his brothers. He now saw his life not in terms of a family drama of sibling rivalry, but as part of a larger movement of history as shaped by Divine Providence.

That is what makes me think that the work of Frankl, Beck and Seligman is Jewish in a way that Freudian psychoanalysis is not. At the heart of Judaism is the idea of human freedom. We are not prisoners of events but active shapers of them. To be sure, we may be influenced by unconscious drives, as Freud thought, but we can rise above them by “habits of the heart” that hone and refine our personality.

Joseph’s life shows that we can defeat tragedy by our ability to see our life not just as a sequence of unfair events inflicted on us by others, but also as a series of divinely intended moves, each of which brings us closer to a situation in which we can do what God wants us to do.

We can’t all be Joseph, but thanks to R. Shneur Zalman of Liady in spiritual terms, and to Frankl, Beck and Seligman in secular ones, we can learn what it is to change the way we feel by changing the way we think, and the best way of doing so is to ask, “What does this bad experience enable me to do that I could not have done otherwise?” That can be life-transforming.

[1] Ruth Wisse, No Joke: Making Jewish Humor, Princeton University Press, 2013.
[2] Peter Berger, Redeeming Laughter: the comic dimension of human experience, Boston, de Gruyter, 2014.
[3] There were undeniably Jewish elements in Freud’s work, most notably the fact that though he himself called psychoanalysis the “speaking cure,” it is in fact the “listening cure,” and listening is a key feature of Jewish spirituality.
[4] Frankl wrote many books, but the most famous is Man’s Search for Meaning, one of the most influential works of the 20th century.
[5] See Aaron T. Beck, Cognitive therapy and the emotional disorders, Penguin, 1989. See also his important Prisoners of Hate: the cognitive basis of anger, hostility and violence, HarperCollins, 1999.
[6] Martin Seligman, Authentic Happiness, Free Press, 2002; Learned Optimism, Basic Books, 2008.
[7] Seligman admits that there are things about us that we can’t change, but there is much about us that we can. See Martin Seligman, What you can change and what you can’t, London, Nicolas Brealey, 2007.

LIFE-CHANGING IDEA #11
We are not prisoners of events but active shapers of them.