Between Destiny and Chance 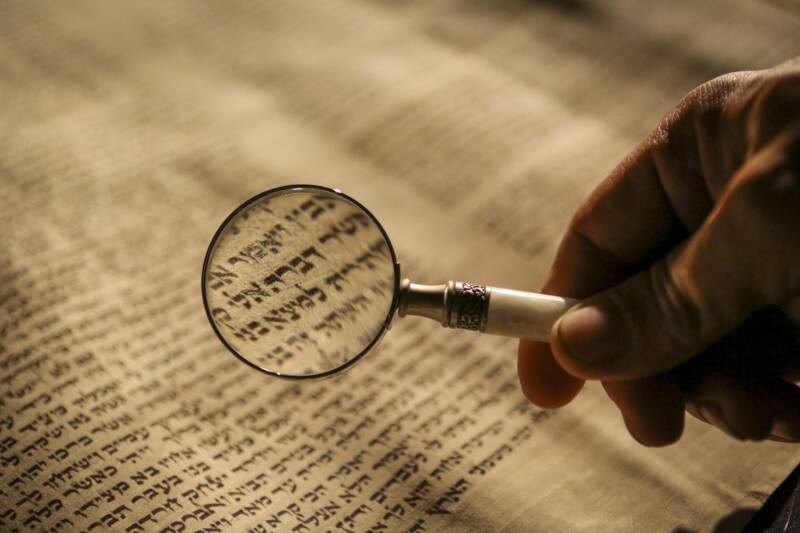 The third book of the Torah is known in English as “Leviticus”, a word deriving from Greek and Latin, meaning, “pertaining to the Levites”. This reflects the fact that in Judaism the priests – descendants of Aaron – were from the tribe of Levi, and that the ancient rabbinic name for the book was Torat Kohanim, “the law of the Priests”. It is an appropriate title. Whereas Shemot and Bamidbar are shot through with narrative, the book between them is largely about sacrifices and the rituals associated, first with the Tabernacle and later with the Temple in Jerusalem. It is, as the name Torat Kohanim implies, about the priests and their function as guardians of the sacred.

By contrast, the traditional name Vayikra, “And He called”, seems merely accidental. Vayikra just happens to be the first word of the book, and there is no connection between it and the subjects with which it deals. The truth, I will argue here, is otherwise. There is a deep connection between the word Vayikra and the underlying message of the book as a whole.

To understand this we must note that there is something unusual about the way the word appears in a Sefer Torah. Its last letter, an aleph, is written small – almost as if it barely existed. The standard-size letters spell out the word vayikar, meaning, “he encountered, he chanced upon.” Unlike vayikra, which refers to a call, a summons, a meeting by request, vayikar suggests an accidental meeting, a mere happening.

With their sensitivity to nuance, the Sages noted the difference between the call to Moses with which the book begins, and God’s appearance to the pagan prophet Bilaam. This is how the Midrash puts it:

All [God’s] communications [to Moses], whether they use the words “speak” or “say” or “command” were preceded by a call [keri’ah] which is a term of endearment, used by the angels when they address one another, as it is said “And one called to the other” [vekara zeh el zeh, Isaiah 6:3). However, to the prophets of the nations of the world, His appearance is described by an expression signifying a casual encounter and uncleanness, as it says, “And the Lord appeared to Bilaam.”

The Baal HaTurim goes one stage further, commenting on the small aleph:

Moses was both great and humble, and wanted only to write Vayikar, signifying “chance”, as if the Holy One blessed be He appeared to him only in a dream, as it says of Bilaam [vayikar, without an aleph] – suggesting that God appeared to him by mere chance. However, God told him to write the word with an aleph. Moses then said to Him, because of his extreme humility, that he would only write an aleph that was smaller than the other alephs in the Torah, and he did indeed write it small.

Something of great significance is being hinted at here, but before taking it further, let us turn to the end of the book. Just before the end, in the sedra of Bechukotai, there occurs one of the two most terrifying passages in the Torah. It is known as the tochachah (the rebuke: the other appears in Devarim 28), and it details the terrible fate that will befall the Jewish people if it fails to keep its covenant with God:

I will bring such insecurity upon those of you who survive in your enemies’ land that the sound of a driven leaf will make them flee from the sword. They will fall with no one chasing them . . . The land of your enemies will consume you.

Yet despite the shocking nature of the forewarning, the passage ends with a note of consolation:

The key-word of the passage is the word keri. It appears exactly seven times in the tochachah – a sure sign of significance. Here are two of them by way of example:

What does the word keri mean? I have translated it here as “hostile”. There are other suggestions. The Targum reads it as “harden yourselves”, Rashbam as “refuse”, Ibn Ezra as “overconfident”, Saadia as “rebellious”.

However, Rambam gives it a completely different interpretation, and does so in a halachic context:

A positive scriptural command prescribes prayer and the sounding of the alarm with trumpets whenever trouble befalls the community. For when Scripture says, “Against the adversary that oppresses you, then you shall sound an alarm with the trumpets” the meaning is: Cry out in prayer and sound an alarm . . . This is one of the paths to repentance, for when the community cries out in prayer and sounds an alarm when threatened by trouble, everyone realises that evil has come on them as a result of their own wrongdoing . . . and that repentance will cause the trouble to be removed.

If, however, the people do not cry out in prayer and do not sound an alarm but merely say that it is the way of the world for such a thing to happen to them, and that their trouble is a matter of pure chance, they have chosen a cruel path which will cause them to continue in their wrongdoing, and thus bring additional troubles on them. For when Scripture says, “If you continue to be keri towards Me, then in My anger I will be keri towards you”, it means:

If, when I bring trouble upon you in order to cause you to repent, you say that the trouble is purely accidental, then I will add to your trouble the anger of being-left-to-chance.

Rambam understands keri to be related to the word mikreh, meaning “chance”. The curses, in his interpretation, are not Divine retribution as such. It will not be God who makes Israel suffer: it will be other human beings. What will happen is simply that God will withdraw His protection. Israel will have to face the world alone, without the sheltering presence of God. This, for Rambam, is simple, inescapable measure-for-measure (middah kenegged middah). If Israel believe in Divine Providence, they will be blessed by Divine Providence. If they see history as mere chance – what Joseph Heller, author of Catch-22, called “a trashbag of random coincidences blown open by the wind” – then indeed they will be left to chance. Being a small, vulnerable nation, chance will not be kind to them.

We are now in a position to understand the remarkable proposition linking the beginning of Vayikra to the end – and one of the most profound of all spiritual truths. The difference between mikra and mikreh – between history as God’s call and history as one event after another with no underlying purpose or meaning – is, in the Hebrew language, almost imperceptible. The words sound the same. The only difference is that the former has an aleph while the latter does not (the significance of the aleph is obvious: the first letter of the alphabet, the first letter of the Ten Commandments, the “I” of God).

The letter aleph is almost inaudible. Its appearance in a sefer Torah at the beginning of Vayikra (the “small aleph“) is almost invisible. Do not expect – the Torah is intimating – that the presence of God in history will always be as clear and unambiguous as it was during the Exodus from Egypt and the division of the Red Sea. For much of the time it will depend on your own sensitivity. For those who look, it will be visible. For those who listen, it can be heard. But first you have to look and listen. If you choose not to see or hear, then Vayikra will become Vayikar. The call will be inaudible. History will seem mere chance.

There is nothing incoherent about such an idea. Those who believe it will have much to justify it. Indeed, says God in the tochachah: if you believe that history is chance, then it will become so. But in truth it is not so. The history of the Jewish people – as even non-Jews such as Pascal, Rousseau and Tolstoy eloquently stated – testifies to the presence of God in their midst. Only thus could such a small, vulnerable, relatively powerless people survive, and still say today – after the Holocaust – am yisrael chai, the Jewish people lives. And just as Jewish history is not mere chance, so it is no mere coincidence that the first word of the central book of the Torah is Vayikra, “And He called”.

To be a Jew is to believe that what happens to us as a people is God’s call to us – to become “a kingdom of priests and a holy nation.”