The Sins of a Leader 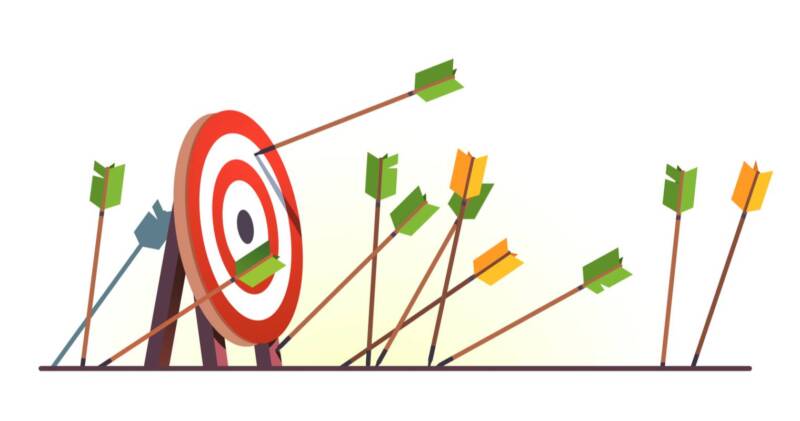 As we have discussed so many times already this year, leaders make mistakes. That is inevitable. So, strikingly, our parsha of Vayikra implies. The real issue is how leaders respond to their mistakes.

The Torah prescribes different sin offerings depending on who made the mistake. It enumerates four categories. First is the High Priest, second is “the whole community” (understood to mean the Great Sanhedrin, the Supreme Court), a third is “the leader” (Nasi), and the fourth is an ordinary individual.

In three of the four cases, the law is introduced by the word im, “if” – if such a person commits a sin. In the case of the leader, however, the law is prefaced by the word asher, “when” (Lev. 4:22). It is possible that a High Priest, the Supreme Court or an individual may err. But in the case of a leader, it is probable or even certain. Leaders make mistakes. It is unavoidable, the occupational hazard of their role. Talking about the sin of a Nasi, the Torah uses the word “when,” not “if.”

Nasi is the generic word for a leader: a ruler, king, judge, elder or prince. Usually it refers to the holder of political power. In Mishnaic times, the Nasi, the most famous of whom were leaders from the family of Hillel, had a quasi-governmental role as representative of the Jewish people to the Roman government. Rabbi Moses Sofer (Bratislava, 1762-1839) in one of his responsa[1] examines the question of why, when positions of Torah leadership are never dynastic (never passed from father to son), the role of Nasi was an exception. Often this role did pass from father to son. The answer he gives, and it is historically insightful, is that with the decline of monarchy in the Second Temple period and thereafter, the Nasi took on many of the responsibilities of a king. His role, internally and externally, was as much political and diplomatic as religious. That in general is what is meant by the word Nasi.

Why does the Torah consider this type of leadership particularly prone to error? The commentators offer three possible explanations. R. Ovadiah Sforno (to Lev. 4:21–22) cites the phrase “But Yeshurun waxed fat, and kicked” (Deut. 32:15). Those who have advantages over others, whether of wealth or power, can lose their moral sense. Rabbeinu Bachya agrees, suggesting that rulers tend to become arrogant and haughty. Implicit in these comments – it is in fact a major theme of Tanach as a whole – is the idea later stated by Lord Acton in the aphorism, “Power tends to corrupt, and absolute power corrupts absolutely.”[2]

Elie Munk, citing the Zohar, offers a second explanation. The High Priest and the Sanhedrin were in constant contact with that which was holy. They lived in a world of ideals. The king or political ruler, by contrast, was involved in secular affairs: war and peace, the administration of government, and international relations. They were more likely to sin because their day-to-day concerns were not religious but pragmatic.[3]

Meir Simcha ha-Cohen of Dvinsk[4] points out that a King was especially vulnerable to being led astray by popular sentiment. Neither a Priest nor a Judge in the Sanhedrin were answerable to the people. The King, however, relied on popular support. Without that he could be deposed. But this is laden with risk. Doing what the people want is not always doing what God wants. That, R. Meir Simcha argues, is what led David to order a census (2 Sam. 24), and Zedekiah to ignore the advice of Jeremiah and rebel against the King of Babylon (2 Chr. 36). Thus, for a whole series of reasons, a political leader is more exposed to temptation and error than a Priest or Judge.

There are further reasons.[5] One is that politics is an arena of conflict. It deals in matters – specifically wealth and power – that are in the short-term, zero-sum games. ‘The more I have, the less you have. Seeking to maximise the benefits to myself or my group, I come into conflict with others who seek to maximise benefits to themselves or their group.’ The politics of free societies is always conflict-ridden. The only societies where there is no conflict are tyrannical or totalitarian ones in which dissenting voices are suppressed – and Judaism is a standing protest against tyranny. So in a free society, whatever course a politician takes will please some and anger others. From this, there is no escape.

Politics involves difficult judgements. A leader must balance competing claims and will sometimes get it wrong. One example – one of the most fateful in Jewish history – occurred after the death of King Solomon. People came to his son and successor, Rehoboam, complaining that Solomon had imposed unsustainable burdens on the population, particularly during the building of the Temple. Led by Jeroboam, they asked the new King to reduce the burden. Rehoboam asked his father’s counsellors for advice. They told him to concede to the people’s demand. Serve them, they said, and they will serve you. Rehoboam then turned to his own friends, who told him the opposite: Reject the request. Show the people you are a strong leader who cannot be intimidated (1 Kings 12:1-15).

It was disastrous advice, and the result was tragic. The kingdom split in two, the ten northern tribes following Jeroboam, leaving only the southern tribes, generically known as “Judah,” loyal to the king. For Israel as a people in its own land, it was the beginning of the end. Always a small people surrounded by large and powerful empires, it needed unity, high morale and a strong sense of destiny to survive. Divided, it was only a matter of time before both nations, Israel in the north, Judah in the south, fell to other powers.

The reason leaders – as opposed to Judges and Priests – cannot avoid making mistakes is that there is no textbook that infallibly teaches you how to lead. Priests and Judges follow laws. For leadership there are no laws because every situation is unique. As Isaiah Berlin put it in his essay, ‘Political Judgement,’[6] in the realm of political action, there are few laws and what is needed instead is skill in reading a situation. Successful statesmen “grasp the unique combination of characteristics that constitute this particular situation – this and no other.” Berlin compares this to the gift possessed by great novelists like Tolstoy and Proust.[7] Applying inflexible rules to a constantly shifting political landscape destroys societies. Communism was like that. In free societies, people change, culture changes, the world beyond a nation’s borders does not stand still. So a politician will find that what worked a decade or a century ago does not work now. In politics it is easy to get it wrong, hard to get it right.

There is one more reason why leadership is so challenging. It is alluded to by the Mishnaic Sage, R. Nechemiah, commenting on the verse, “My son, if you have put up security for your neighbour, if you have struck your hand in pledge for another” (Prov. 6:1):

So long as a man is an associate [i.e. concerned only with personal piety], he need not be concerned with the community and is not punished on account of it. But once a man has been placed at the head and has donned the cloak of office, he may not say: ‘I have to look after my welfare, I am not concerned with the community.’ Instead, the whole burden of communal affairs rests on him. If he sees a man doing violence to his fellow, or committing a transgression, and does not seek to prevent him, he is punished on account of him… you are responsible for him. You have entered the gladiatorial arena, and he who enters the arena is either conquered or conquers.[8]

There are no universal rules, there is no failsafe textbook, for leadership. Every situation is different and each age brings its own challenges. A ruler, in the best interests of their people, may sometimes have to take decisions that a conscientious individual would shrink from doing in private life. They may have to decide to wage a war, knowing that some will die. They may have to levy taxes, knowing that this will leave some impoverished. Only after the event will the leader know whether the decision was justified, and it may depend on factors beyond their control.

The Jewish approach to leadership is thus an unusual combination of realism and idealism – realism in its acknowledgement that leaders inevitably make mistakes, idealism in its constant subordination of politics to ethics, power to responsibility, pragmatism to the demands of conscience. What matters is not that leaders never get it wrong – that is inevitable, given the nature of leadership – but that they are always exposed to prophetic critique and that they constantly study Torah to remind themselves of transcendent standards and ultimate aims. The most important thing from a Torah perspective is that a leader is sufficiently honest to admit their mistakes. Hence the significance of the sin offering.

Rabban Yochanan ben Zakkai summed it up with a brilliant double-entendre on the word asher, meaning “when” in the phrase “when a leader sins.” He relates it to the word ashrei, “happy,” and says: Happy is the generation whose leader is willing to bring a sin offering for their mistakes.[10]

Leadership demands two kinds of courage: the strength to take a risk, and the humility to admit when a risk fails.

[1] Responsa Chatam Sofer, Orach Chayyim, 12.
[2] This famous phrase comes from a letter written by Lord Acton in 1887. See Martin H. Manser, and Rosalind Fergusson, The Facts on File Dictionary of Proverbs, New York: Facts on File, 2002, 225.
[3] Elie Munk, The Call of the Torah, Vayikra, New York, Mesorah Publications, 1992, 33.
[4] Meshech Chochmah to Lev. 4:21-22.
[5] This, needless to say, is not the plain sense of the text. The sins for which leaders brought an offering were spiritual offences, not errors of political judgment.
[6] Isaiah Berlin, The Sense of Reality, Chatto and Windus, 1996, 40-53.
[7] Incidentally, this answers the point made by political philosopher Michael Walzer in his book on the politics of the Bible, In God’s Shadow. He is undeniably right to point out that political theory, so significant in ancient Greece, is almost completely absent from the Hebrew Bible. I would argue, and so surely would Isaiah Berlin, that there is a reason for this. In politics there are few general laws, and the Hebrew Bible is interested in laws. But when it comes to politics – to Israel’s Kings for example – it does not give laws but instead tells stories.
[8] Exodus Rabbah, 27:9.
[9] “Whoever can prevent the members of his household from sinning and does not, is seized for the sins of his household. If he can prevent his fellow citizens and does not, he is seized for the sins of his fellow citizens. If he can prevent the whole world from sinning, and does not, he is seized for the sins of the whole world.” (Shabbat 54b)
[10] Tosefta Baba Kamma, 7:5.