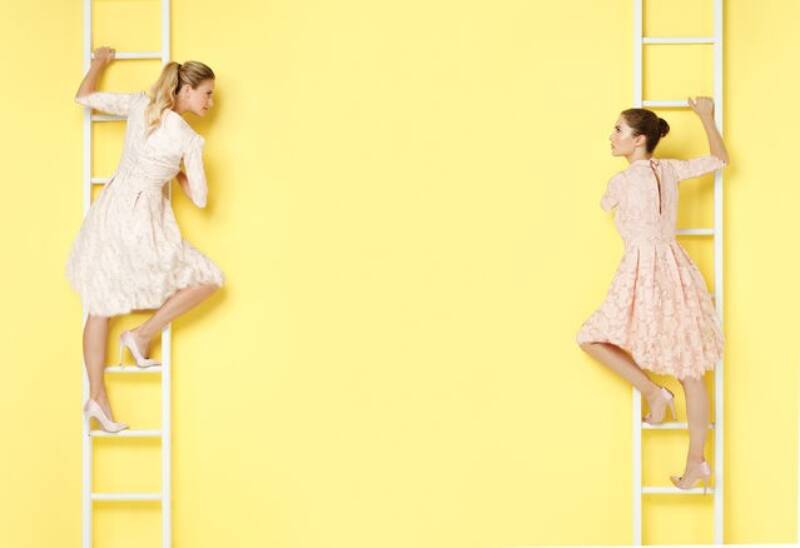 I have often argued that the episode in which the Jewish people acquired its name – when Jacob wrestled with an unnamed adversary at night and received the name Israel – is essential to an understanding of what it is to be a Jew. I argue here that this episode is equally critical to understanding what it is to lead.

There are several theories as to the identity of “the man” who wrestled with the patriarch that night. The Torah calls him a man. The prophet Hosea called him an angel (Hosea 12:4-5). The Sages said it was Samael, guardian angel of Esau and a force for evil.[1] Jacob himself was certain it was God. “Jacob called the place Peniel, saying, “It is because I saw God face to face, and yet my life was spared” (Gen. 32:31).

My suggestion is that we can only understand the passage by reviewing the entirety of Jacob’s life. Jacob was born holding on to Esau’s heel. He bought Esau’s birthright. He stole Esau’s blessing. When his blind father asked him who he was, he replied, “I am Esau, your firstborn.” (Gen. 27:19) Jacob was the child who wanted to be Esau.

Why? Because Esau was the elder. Because Esau was strong, physically mature, a hunter. Above all, Esau was his father’s favourite: “Isaac, who had a taste for wild game, loved Esau, but Rebecca loved Jacob” (Gen. 25:28). Jacob is the paradigm of what the French literary theorist and anthropologist Rene Girard called mimetic desire, meaning, we want what someone else wants, because we want to be that someone else.[2] The result is tension between Jacob and Esau. This tension rises to an unbearable intensity when Esau discovers that the blessing his father had reserved for him has been acquired by Jacob, and so Esau vows to kill his brother once Isaac is no longer alive.

Jacob flees to his uncle Laban’s home, where he encounters more conflict; he is on his way home when he hears that Esau is coming to meet him with a force of four hundred men. In an unusually strong description of emotion the Torah tells us that Jacob was “very frightened and distressed” (Gen. 32:7) – frightened, no doubt, that Esau was coming to kill him, and perhaps distressed that his brother’s animosity was not without cause.

Jacob had indeed wronged his brother, as we saw earlier. Isaac says to Esau, “Your brother came deceitfully and took your blessing.” (Gen. 27:35) Centuries later, the prophet Hosea says, “The Lord has a charge to bring against Judah; he will punish Jacob according to his ways and repay him according to his deeds. In the womb he grasped his brother’s heel; as a man he struggled with God.” (Hos. 12:3-4) Jeremiah uses the name Jacob to mean someone who practises deception: “Beware of your friends; do not trust anyone in your clan; for every one of them is a deceiver [akov Yaakov], and every friend a slanderer” (Jer. 9:3).

As long as Jacob sought to be Esau there was tension, conflict, rivalry. Esau felt cheated; Jacob felt fear. That night, about to meet Esau again after an absence of twenty-two years, Jacob wrestles with himself; finally he throws off the image of Esau, the person he wants to be, which he has carried with him all these years. This is the critical moment in Jacob’s life. From now on, he is content to be himself. And it is only when we stop wanting to be someone else (in Shakespeare’s words, “desiring this man’s art, and that man’s scope, with what I most enjoy contented least”[3]) that we can be at peace with ourselves and with the world.

This is one of the great challenges of leadership. It is all too easy for a leader to pursue popularity by being what people want him or her to be – a liberal to liberals, a conservative to conservatives, taking decisions that win temporary acclaim rather than flowing from principle and conviction. Presidential adviser David Gergen once wrote about Bill Clinton that he “isn’t exactly sure who he is yet and tries to define himself by how well others like him. That leads him into all sorts of contradictions, and the view by others that he seems a constant mixture of strengths and weaknesses.”[4]

Leaders sometimes try to ‘hold the team together’ by saying different things to different people, but eventually these contradictions become clear – especially in the total transparency that modern media impose – and the result is that the leader appears to lack integrity. People will no longer trust their remarks. There is a loss of confidence and authority that may take a long time to restore. The leader may find that their position has become untenable and may be forced to resign. Few things make a leader more unpopular than the pursuit of popularity.

Great leaders have the courage to live with unpopularity. Abraham Lincoln was reviled and ridiculed during his lifetime. In 1864 the New York Times wrote of him: “He has been denounced without end as a perjurer, a usurper, a tyrant, a subverter of the Constitution, a destroyer of the liberties of his country, a reckless desperado, a heartless trifler over the last agonies of an expiring nation.”[5] Winston Churchill, until he became Prime Minister during the Second World War, had been written off as a failure. And soon after the war ended, he was defeated in the 1945 General Election. He himself said that “Success is stumbling from failure to failure with no loss of enthusiasm.” When Margaret Thatcher died, some people celebrated in the streets. John F. Kennedy, Yitzchak Rabin and Martin Luther King were assassinated.

Jacob was not a leader; there was as yet no nation for him to lead. Yet the Torah goes to great lengths to give us an insight into his struggle for identity, because it was not his alone. Most of us have experienced this struggle. (The word avot used to describe Abraham, Isaac and Jacob, means not only “fathers, patriarchs” but also “archetypes”). It is not easy to overcome the desire to be someone else, to want what they have, to be what they are. Most of us have such feelings from time to time. Girard argues that this has been the main source of conflict throughout history. It can take a lifetime of wrestling before we know who we are and relinquish the desire to be who we are not.

More than anyone else in Genesis, Jacob is surrounded by conflict: not just between himself and Esau, but between himself and Laban, between Rachel and Leah, and between his sons, Joseph and his brothers. It is as if the Torah were telling us that so long as there is a conflict within us, there will be a conflict around us. We have to resolve the tension in ourselves before we can do so for others. We have to be at peace with ourself before we can be at peace with the world.

That is what happens in this week’s parsha. After his wrestling match with the stranger, Jacob undergoes a change of personality, a transformation. He gives back to Esau the blessing he took from him. The previous day he had given him back the material blessing by sending him hundreds of goats, ewes, rams, camels, cows, bulls and donkeys. Now he gives him back the blessing that said, “Be lord over your brothers, and may the sons of your mother bow down to you.” (Gen. 27:29) Jacob bows down seven times to Esau. He calls Esau “my lord”, (Gen. 33:8) and refers to himself as “your servant”. (33:5) He actually uses the word “blessing”, though this fact is often obscured in translation. He says, “Please take my blessing that has been brought to you”. (33:11) The result is that the two brothers meet and part in peace.

The only answer is to “know thyself”. We must wrestle with ourselves, as Jacob did on that fateful night, throwing off the person we persistently compare ourselves to, accepting that some people will like us and what we stand for while others will not, understanding that it is better to seek the respect of some than the popularity of all. This may involve a lifetime of struggle, but the outcome is an immense strength.
No one is stronger than one who knows who and what they are.