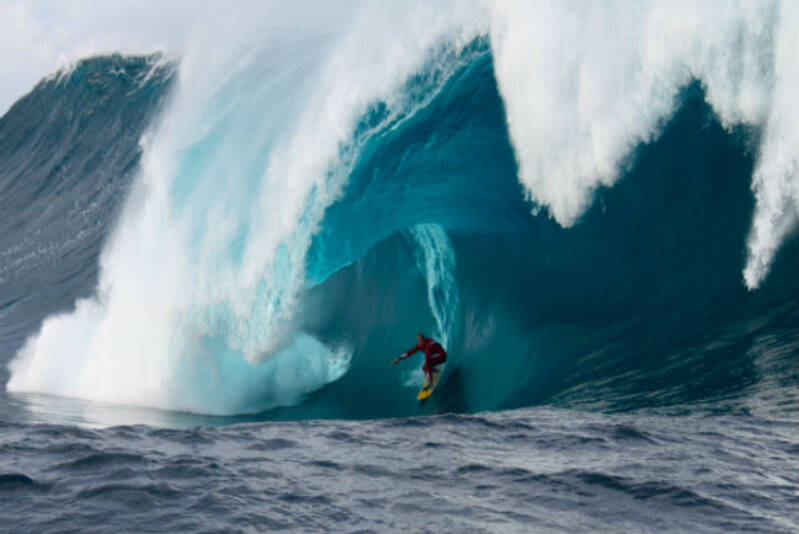 It is one of the most enigmatic episodes in the Torah, but also one of the most important, because it was the moment that gave the Jewish people its name: Israel, one who “wrestles with God and with men and prevails.”

Jacob, hearing that his brother Esau is coming to meet him with a force of four hundred men, was terrified. He was, says the Torah, “very afraid and distressed.” He made three forms of preparation: appeasement, prayer and war (Rashi to Gen. 32:9). He sent Esau a huge gift of cattle and flocks, hoping thereby to appease him. He prayed to God, “Rescue me, I pray, from the hand of my brother” (Gen. 32:12). And he made preparation for war, dividing his household into two camps so that one at least would survive.

Yet he remained anxious. Alone at night he wrestled with a stranger until the break of dawn. Who the stranger was is not clear. The text calls him a man. Hosea (12:4) called him an angel. The Sages said it was the guardian angel of Esau.[1] Jacob himself seems sure that he has encountered God Himself. He calls the place where the struggle took place Peniel, saying, “I have seen God face to face and my life was spared” (Gen. 32:30).

There are many interpretations. One, however, is particularly fascinating both in terms of style and substance. It comes from Rashi’s grandson, Rabbi Shmuel ben Meir (Rashbam, France, c.1085-1158). Rashbam had a strikingly original approach to biblical commentary.[2] He felt that the Sages, intent as they were on reading the text for its halachic ramifications, often failed to penetrate to what he called omek peshuto shel mikra, the plain sense of the text in its full depth.

Rashbam felt that his grandfather occasionally erred on the side of a midrashic, rather than a “plain” reading of the text. He tells us that he often debated the point with Rashi himself, who admitted that if he had the time he would have written further commentaries to the Torah in the light of new insights into the plain sense that occurred to him “every day”. This is a fascinating insight into the mind of Rashi, the greatest and most famous commentator in the entire history of rabbinic scholarship.

All of this is a prelude to Rashbam’s remarkable reading of the night-time wrestling match. He takes it as an instance of what Robert Alter has called a type-scene,[3] that is, a stylised episode that happens more than once in Tanach. One obvious example is young-man-meets-future-wife-at-well, a scene enacted with variations three times in the Torah: in the case of Abraham’s servant and Rebecca, Jacob and Rachel, and Moses and Tsipporah. There are differences between them, but sufficient similarities to make us realise that we are dealing with a convention. Another example, which occurs many times in Tanach, is birth-of-a-hero-to-a-hitherto-infertile-woman.

Rashbam sees this as the clue to understanding Jacob’s night-time fight. He relates it to other episodes in Tanach, two in particular: the story of Jonah, and the obscure episode in the life of Moses when, on his way back to Egypt, the text says that “When they were in the place where they spent the night along the way, God confronted Moses and wanted to kill him” (Ex. 4:24). Tzipporah then saved Moses’ life by giving their son a brit milah (Ex. 4:25-26).[4]

It is the story of Jonah that provides the key to understanding the others. Jonah sought to escape from his mission to go to Nineveh to warn the people that the city was about to be destroyed if they did not repent. Jonah fled in a boat to Tarshish, but God brought a storm that threatened to sink the ship. The prophet was then thrown into the sea and swallowed by a giant fish that later vomited him out alive. Jonah thus realised that flight was impossible.

The same, says Rashbam, applies to Moses who, at the Burning Bush, repeatedly expressed his reluctance to undertake the task God had set him. Evidently, Moses was still prevaricating even after beginning the journey, which is why God was angry with him.

So it was with Jacob. According to Rashbam, despite God’s assurances, he was still afraid of encountering Esau. His courage failed him and he was trying to run away. God sent an angel to stop him from doing so.

It is a unique interpretation, sobering in its implications. Here were three great men, Jacob, Moses, and Jonah, yet all three, according to Rashbam, were afraid. Of what? None was a coward.

They were afraid, essentially, of their mission. Moses kept telling God at the burning bush: Who am I? They won’t believe in me. I am not a man of words. Jonah was reluctant to deliver a message from God to Israel’s enemies. And Jacob had just said to God, “I am unworthy of all the kindness and faith that You have shown me” (Gen. 32:11).

Nor were these the only people in Tanach who had this kind of fear. So did the Prophet Isaiah when he said to God, “I am a man of unclean lips.” So did Jeremiah when he said, “I cannot speak: I am a child.”

This is not physical fear. It is the fear that comes from a feeling of personal inadequacy. “Who am I to lead the Jewish people?” asked Moses. “Who am I to deliver the word of God?” asked the prophets. “Who am I to stand before my brother Esau, knowing that I will continue the covenant and he will not?” asked Jacob. Sometimes the greatest have the least self-confidence, because they know how immense is the responsibility and how small they feel in relation to it.

Courage does not mean having no fear. It means having fear but overcoming it. If that is true of physical courage it is no less true of moral and spiritual courage.

Marianne Williamson’s remarks on the subject have become justly famous. She wrote:

“Our deepest fear is not that we are inadequate. Our deepest fear is that we are powerful beyond measure. It is our light, not our darkness that most frightens us. We ask ourselves, Who am I to be brilliant, gorgeous, talented, fabulous? Actually, who are you not to be? You are a child of God. Your playing small does not serve the world. There is nothing enlightened about shrinking so that other people won’t feel insecure around you. We are all meant to shine, as children do. We were born to make manifest the glory of God that is within us. It’s not just in some of us; it’s in everyone. And as we let our own light shine, we unconsciously give other people permission to do the same. As we are liberated from our own fear, our presence automatically liberates others.”[5]

“Be not afraid of greatness: some are born great, some achieve greatness, and some have greatness thrust upon ’em.”

I sometimes feel that, consciously or subconsciously, some take flight from Judaism for this very reason. Who are we to be God’s witness to the world, a light to the nations, a role model for others? If even spiritual giants like Jacob, Moses, and Jonah sought to flee, how much more so you and me? This fear of unworthiness is one that surely most of us have had at some time or other.

The reason it is wrong is not that it is untrue, but that it is irrelevant. Of course we feel inadequate to a great task before we undertake it. It is having the courage to undertake it that makes us great. Leaders grow by leading. Writers grow by writing. Teachers grow by teaching. It is only by overcoming our sense of inadequacy that we throw ourselves into the task and find ourselves lifted and enlarged by so doing. In the title of a well known book, we must “feel the fear and do it anyway.”

Be not afraid of greatness: that is why God wrestled with Jacob, Moses, and Jonah and would not let them escape. We may not be born great, but by being born (or converting to become) a Jew, we have greatness thrust upon us. And as Marianne Williamson rightly said, by liberating ourselves from fear, we help liberate others. That is what we as Jews are meant to do: to have the courage to be different, to challenge the idols of the age, to be true to our faith while seeking to be a blessing to others regardless of their faith.

For we are all children of the man who was given the name of one who wrestles with God and with men and prevails. Ours is not an easy task, but what worthwhile mission ever was? We are as great as the challenges we have the courage to undertake. And if, at times, we feel like running away, we should not feel bad about it. So did the greatest.

To feel fear is fine. To give way to it is not. For God has faith in us all even though, at times, even the best of us lack faith in ourselves.