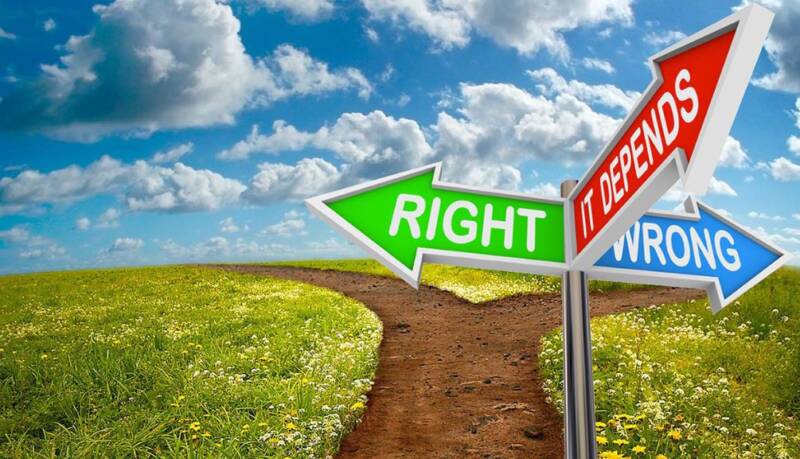 Twenty-two years have passed since Jacob fled his brother, penniless and alone; twenty-two years have passed since Esau swore his revenge for what he saw as the theft of his blessing. Now the brothers are about to meet again. It is a fraught encounter. Once, Esau had sworn to kill Jacob. Will he do so now – or has time healed the wound? Jacob sends messengers to let his brother know he is coming. They return, saying that Esau is coming to meet Jacob with a force of four hundred men – a contingent so large it suggests to Jacob that Esau is intent on violence.

Jacob’s response is immediate and intense:

Then Jacob was greatly afraid and distressed.

The fear is understandable, but his response contains an enigma. Why the duplication of verbs? What is the difference between fear and distress? To this a Midrash gives a profound answer:

Rabbi Judah bar Ilai said: Are not fear and distress identical? The meaning, however, is that “he was afraid” that he might be killed; “he was distressed” that he might kill. For Jacob thought: If he prevails against me, will he not kill me; while if I prevail against him, will I not kill him? That is the meaning of “he was afraid” – lest he should be killed; “and distressed” – lest he should kill.[1]

The difference between being afraid and distressed, according to the Midrash, is that the first is a physical anxiety, the second a moral one. It is one thing to fear one’s own death, quite another to contemplate being the cause of someone else’s. Jacob’s emotion, then, was twofold, encompassing the physical and psychological, the moral and the material.

However, this raises a further question. Self-defence is permitted in Jewish law.[2] If Esau were to try to kill Jacob, Jacob would be justified in fighting back, if necessary at the cost of Esau’s life. Why then should this possibility raise moral qualms? This is the issue addressed by Rabbi Shabbetai Bass, author of the commentary on Rashi, Siftei Chachamim:

One might argue that Jacob should surely not be distressed about the possibility of killing Esau, for there is an explicit rule: “If someone comes to kill you, forestall it by killing him.” Nonetheless, Jacob did have qualms, fearing that in the course of the fight he might kill some of Esau’s men, who were not themselves intent on killing him but merely on fighting his men. And even though Esau’s men were pursuing Jacob’s men, and every person has the right to save the life of the pursued at the cost of the life of the pursuer, nonetheless there is a condition: “If the pursued could have been saved by maiming a limb of the pursuer, but instead the rescuer killed the pursuer, the rescuer is liable to capital punishment on that account.” Hence Jacob feared that, in the confusion of battle, he might kill some of Esau’s men when he might have restrained them by merely inflicting injury on them.[3]

The principle at stake, according to the Siftei Chachamim, is the minimum use of force. The rules of defence and self-defence are not an open-ended permission to kill. There are laws restricting what is nowadays called “collateral damage,” the killing of innocent civilians even if undertaken in the course of self-defence. Jacob was distressed at the possibility that in the heat of conflict he might kill some of the combatants when injury alone might have been all that was necessary to defend the lives of those – including himself – who were under attack.

A similar idea is found in the Midrash’s interpretation of the opening sentence of Genesis 15. Abraham had just fought a victorious war against the four kings, undertaken to rescue his nephew Lot, when God suddenly appeared to him and said: “Do not be afraid, Abram, I am your shield. Your reward will be very great’” (Gen 15:1). The verse implies that Abraham was afraid, but of what? He had just triumphed in the military encounter. The battle was over. There was no cause for anxiety. On this, the Midrash comments:

Another reason for Abram’s fear after killing the kings in battle was his sudden realisation: “Perhaps I violated the divine commandment that the Holy One, blessed be He, commanded the children of Noah, ‘He who sheds the blood of man, by man shall his blood be shed.’ For how many people I killed in battle.”[4]

Or, as another Midrash puts it:

Abraham was filled with misgiving, thinking to himself, ‘Maybe there was a righteous or God-fearing man among those troops which I slew.’[5]

There is, however, a second possible explanation for Jacob’s fear – namely that the Midrash means what it says, no more, no less: Jacob was distressed at the possibility of being forced to kill even if it were entirely justified.
What we are encountering here is the concept of a moral dilemma.[6] This phrase is often used imprecisely, to mean a moral problem, a difficult ethical decision. But a dilemma is not simply a conflict. There are many moral conflicts. May we perform an abortion to save the life of the mother? Should we obey a parent when he or she asks us to do something forbidden in Jewish law? May we desecrate the Shabbat to extend the life of a terminally ill patient? These questions have answers. There is a right course of action and a wrong one. Two duties conflict and we have meta-halachic principles to tell us which takes priority. There are some systems in which all moral conflicts are of this kind. There is always a decision procedure and thus a determinate answer to the question, “What should I do?”

A dilemma, however, is a situation in which there is no right answer. It arises in cases of conflict between right and right, or between wrong and wrong – where, whatever we do, we are doing something that in other circumstances we ought not to do.

The Talmud Yerushalmi (Terumot 8) describes one such case, where a fugitive from the Romans, Ulla bar Koshev, takes refuge in the town of Lod. The Romans surround the town, saying: Hand over the fugitive or we will kill you all. Rabbi Yehoshua ben Levi persuades the fugitive to give himself up. This is a complex case, much discussed in Jewish law, but it is one in which both alternatives are tragic. Rabbi Yehoshua ben Levi acts in accordance with halachah, but the prophet Eliyahu asks him: “Is this the way of the pious? [Vezu mishnat haHasidim]”

Moral dilemmas are situations in which doing the right thing is not the end of the matter. The conflict may be inherently tragic. Jacob, in this parsha, finds himself trapped in such a conflict: on the one hand, he ought not allow himself to be killed; on the other, he ought not kill someone else; but he must do one or the other. The fact that one principle (self-defence) overrides another (the prohibition against killing) does not mean that, faced with such a choice, he is without qualms, especially given the fact that Esau is his twin brother. Despite their differences, they grew up together. They were kin. This intensifies the dilemma yet more. Sometimes being moral means that one experiences distress at having to make such a choice. Doing the right thing may mean that one does not feel remorse or guilt, but one still feels regret or grief about the action that needs to be taken.

A moral system which leaves room for the existence of dilemmas is one that does not attempt to eliminate the complexities of the moral life. In a conflict between two rights or two wrongs, there may be a proper way to act – the lesser of two evils, or the greater of two goods – but this does not cancel out all emotional pain. A righteous individual may sometimes be one who is capable of distress even while knowing that they have acted correctly. What the Midrash is telling us is that Judaism recognises the existence of dilemmas. Despite the intricacy of Jewish law and its meta-halachic principles for deciding which of two duties takes priority, we may still be faced with situations in which there is an ineliminable cause for distress. It was Jacob’s greatness that he was capable of moral anxiety even at the prospect of doing something entirely justified, namely defending his life at the cost of his brother’s.

This characteristic – distress at violence and potential bloodshed even when undertaken in self-defence – has stayed with the Jewish people ever since. One of the most remarkable phenomena in modern history was the reaction of Israeli soldiers after the Six Day War in 1967. In the weeks preceding the war, few Jews anywhere in the world were unaware that Israel and its people faced terrifying danger. Troops – Egyptian, Syrian, Jordanian – were massing on all its borders. Israel was surrounded by enemies who had sworn to drive its people into the sea. And yet it won one of the most stunning military victories of all time. The sense of relief was overwhelming, as was the exhilaration at the re-unification of Jerusalem and the fact that Jews could now pray (as they had been unable to do for nineteen years) at the Western Wall. Even the most secular Israelis admitted to feeling intense religious emotion at what they knew was a historic triumph.

Yet, in the months after the war, as conversations took place throughout Israel, it became clear that the mood among those who had taken part in the war was anything but triumphal.[7] It was sombre, reflective, even anguished. That year, the Hebrew University in Jerusalem gave an honorary doctorate to Yitzhak Rabin, Chief of Staff during the war. During his speech of acceptance he said:

We find more and more a strange phenomenon among our fighters. Their joy is incomplete, and more than a small portion of sorrow and shock prevails in their festivities, and there are those who abstain from celebration. The warriors in the front lines saw with their own eyes not only the glory of victory but the price of victory: their comrades who fell beside them bleeding, and I know that even the terrible price which our enemies paid touched the hearts of many of our men. It may be that the Jewish people has never learned or accustomed itself to feel the triumph of conquest and victory, and therefore we receive it with mixed feelings.[8]

These mixed feelings were born thousands of years earlier, when Jacob, father of the Jewish people, experienced not only the physical fear of defeat but the moral distress of victory. Only those who are capable of feeling both, can defend their bodies without endangering their souls.