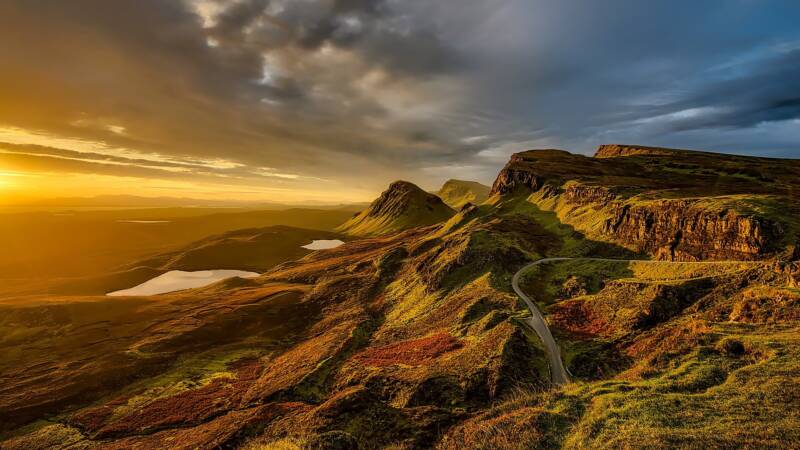 Moses did not fade. That is the accolade the Torah gives him at the end of his long and eventful life:

Moses was a hundred and twenty years old when he died, yet his eyes were undimmed and his natural force unabated.

Somehow Moses defied the law of entropy that states that all systems lose energy over time. The law also applies to people, especially leaders. The kind of leadership Moses undertook – adaptive, getting people to change, persuading them to cease to think and feel like slaves and instead embrace the responsibilities of freedom – is stressful and exhausting. There were times when Moses came close to burnout and despair. What then was the secret of the undiminished energy of his last years?

The Torah suggests the answer in the very words in which it describes the phenomenon. I used to think that “his eyes were undimmed” and “his natural force unabated” were simply two descriptions, until it dawned on me that the first was an explanation of the second. Why was his energy unabated? Because his eyes were undimmed. He never lost the vision and high ideals of his youth. He was as passionate at the end as he was at the beginning. His commitment to justice, compassion, liberty and responsibility was unyielding, despite the many disappointments of his forty years as a leader. The moral is clear: If you want to stay young, never compromise your ideals.

I still remember, as clearly as if it happened yesterday, a bruising experience I had almost forty years ago as I was starting my studies to become a Rabbi. Whenever a congregation needed someone to give a sermon or take a service – their own Rabbi was ill, or taking a holiday – I volunteered. It was often arduous and thankless work. It meant being away from home on Shabbat, preaching to a three-quarters empty synagogue, and more often than not being taken for granted. I once voiced a complaint to the Rabbi of one of these communities whose place I had temporarily taken. “So,” he said, “you are an idealist, are you? Well, let’s see where that gets you.”

I felt sorry for this sad and embittered man. Perhaps fate had been unkind to him. I never knew why he replied as he did. But somewhere along the road he had accepted defeat. He still went through the motions, but his heart was no longer in what he was doing. Idealism seemed to him an illusion of youth, destined to be shipwrecked on the hard rocks of reality.

My own view was and is that without passion you cannot be a transformative leader. Unless you yourself are inspired you cannot inspire others. Moses never lost the vision of his first encounter with God at the bush that burned but was not consumed. That is how I see Moses: as the man who burned but was not consumed. So long as that vision stayed with him, as it did until the end of his life, he remained full of energy. You feel that in the sustained power of the book of Devarim, the greatest sequence of speeches in Tanach.

Ideals are what keep the human spirit alive. They did so under some of the most repressive regimes in history: Stalinist Russia, Communist China. Whenever they catch fire in the human heart, they have the power to energise resistance.

So, the rule is: never compromise on your ideals. If you find one way blocked, seek another way. If you find that one approach fails, there may be another. If your efforts do not meet with success, keep trying. More often than not, success comes just when you are about to believe that you are a failure. So it was with Churchill. So it was with Lincoln. So it was with writers who had their books rejected by publisher after publisher, only to go on to high acclaim. If achievement were easy, we would take no pride in it. Greatness demands persistence. The great leaders never give up. They keep going, inspired by a vision they refuse to lose.

Looking back on his life, Moses must surely have asked if he had really achieved anything at all. He had led the people for forty years only to be denied the chance of reaching the destination, the promised land itself. He gave them laws they often broke. He performed miracles yet they continued to complain.

We sense his pent-up emotions as he admonishes his people: “You have been rebellious against the Lord from the day that I knew you.” (Deut 9:24), and “For I know how rebellious and stiff-necked you are. If you have been rebellious against the Lord while I am still alive and with you, how much more will you rebel after I die!” (Deut. 31:27). Yet Moses never gives up or compromises on his ideals. That is why, though he dies, his words never die. Physically old, he remains spiritually young.

Cynics are lapsed idealists. They began with great expectations. Then they discover that life is not easy, that things do not go as we hoped they would. Our efforts hit obstacles. Our plans are derailed. We do not receive the recognition or honour we think we deserve. So we retreat into ourselves. We blame others for our failures, and we focus on the failings of others. We tell ourselves we could have done better.

Perhaps we could have done. Why then did we not? Because we gave up. Because, at a certain point in time, we stopped growing. We consoled ourselves for not being great by treating others as small, deriding their efforts and mocking their ideals. That is no way to live. That is a kind of death.

Moses never stopped learning, growing, teaching, leading. In the book of Devarim, delivered at the very end of his life, he rose to an eloquence, a vision, a passion that exceeded anything he had said before. This was a man who never gave up the fight. The Times once interviewed a distinguished member of the Jewish community on his 92nd birthday. The interviewer said, “Most people, when they reach the age of 92, begin to slow down. You seem to be speeding up. Why?” He replied, “When you get to the age of 92, you see the door begin to close. I have so much to do before the door closes that the older I get, the harder I have to work.” That too is a recipe for arichut yamim, a long life that does not fade.

Psalm 92, the song of Shabbat, ends with the words, “Planted in the house of the Lord, [the righteous] flourish in the courts of our God. They still bear fruit in old age, they stay fresh and green, proclaiming, ‘The Lord is upright; he is my Rock, and there is no wickedness in Him.’” What is the connection between the righteous bearing fruit in old age, and their belief that “the Lord is upright”? The righteous do not blame God for the evils and suffering of the world. They know that God has planted us as physical beings in a physical universe, with all the pain that involves. They know it is up to us to do the good we can and encourage others to do more. They accept responsibility, knowing that for all the trials and torments of human existence, it is still the greatest privilege there is. That is why they bear fruit in old age. They keep the ideals of their youth.

Never compromise your ideals. Never give in to defeat or despair. Never stop journeying merely because the way is long and hard. It always is. Moses’ eyes were undimmed. He did not lose the vision that made him, as a young man, a fighter for justice. He did not become a cynic. He did not become embittered or sad, though he had sufficient reason to be. He knew there were things he would not live to achieve, so he taught the next generation how to achieve them. The result was that his natural energy was unabated. His body was old, but his mind and soul stayed young. Moses, mortal, achieved immortality, and so, by following in his footsteps, can we.

The good we do lives on. The blessings we bring into the lives of others never die.

[1] The Talmud (Shabbat 30b) says something similar about King David. So long as he kept learning, the Angel of Death had no power over him.