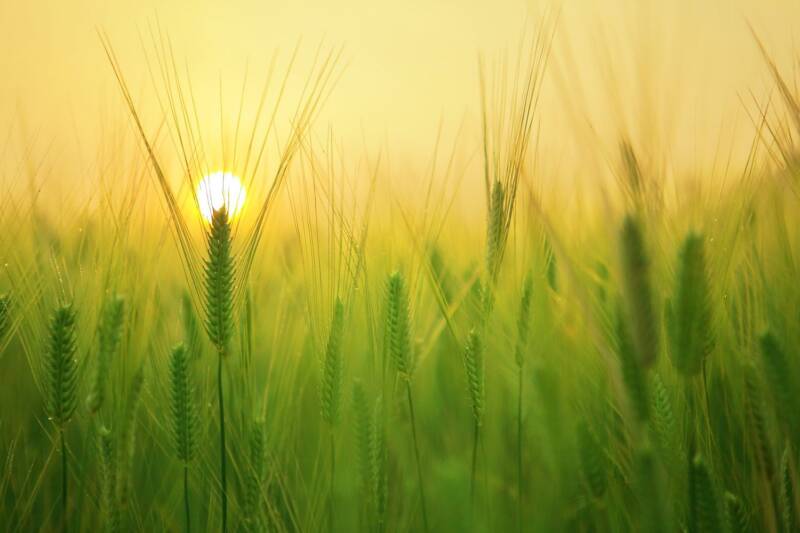 Each year, as we near the end of the Mosaic books and Moses’ life, I find myself asking: Did it really have to end that way, with Moses denied the chance to even to set foot on the land to which he led the people for forty tempestuous years? In the Heavenly Court, could Justice not have yielded to Mercy for the few days it would have taken Moses to cross the Jordan and see his task fulfilled? And for what was Moses being punished? One moment’s anger when he spoke intemperately to the Israelites when they were complaining about the lack of water? Can a leader not be forgiven for one lapse in forty years? In the words of the Sages: Is this the Torah and this its reward?[1]

The scene in which Moses climbs Mount Nebo to see in the distance the land he would never enter is one of the most poignant in all Tanach. There is a vast midrashic literature that turns Moses’ request “Let me cross over to see the good land beyond the Jordan” (Deut. 3:25) into high drama, with Moses mounting argument after argument in his defence only to be met by unbending refusal from Heaven: “Enough from you; do not speak to me of this matter again”. (Deut. 3:26) Why?

This is the man who, eighteen times in Tanach, is called “God’s servant.” No one else is so described except Joshua, twice. His own obituary in the Torah reads: “Never again did there arise in Israel a prophet like Moses” (Deut. 34:10). Why was he treated so seemingly harshly by God among whose attributes are forgiveness and compassion?

Clearly the Torah is telling us something fundamental. What, though, is it? There are many explanations, but I believe the most profound and simplest takes us back to the beginning of beginnings: “In the beginning God created Heaven and Earth.” There is Heaven and there is Earth, and they are not the same.

In the history of civilisation, one question has proved hardest of all. In the words of Psalm 8: “What is man that you are mindful of him?” What is it to be human? We are an infinitesimal speck in an almost infinite universe of a hundred billion galaxies each with a hundred billion stars. We know that our lives are like a bare microsecond set against the almost-eternity of the cosmos. We are terrifyingly small. Yet we are also astonishingly great. We dominate the planet. We have ever-increasing control over nature. We are the only life form thus far known capable of asking the question, ‘Why?’

Civilisations have regularly blurred the line between the human and the divine. In myth, the gods behave like humans, arguing, fighting and contending for power, while some humans – the heroes – are seen as semi-divine. The Egyptians believed that pharaohs joined the gods after death; some were seen as gods even during their lifetime. The Romans declared Julius Caesar a god after his death. Other religions have believed that God has taken human form.

It has proved exceptionally difficult to avoid worshipping the human founder of a faith. In the modern age, the blurring of boundaries has been democratised. Nietzsche argued that we would have to become like gods to vindicate our dethroning of God Himself. The anthropologist Edmund Leach began his Reith Lectures with the words, “Men have become like gods. Isn’t it about time that we understood our divinity?” As Jews we believe that this is too high an estimate of our, or anyone’s, humanity.

In the opposite direction humans have been seen, in myth and more recently in science, as next-to-nothing. In King Lear, Shakespeare has Gloucester say, “As flies to wanton boys are we to the gods. They kill us for their sport.” We are the easily discarded playthings of the gods, powerless in the face of forces beyond our control. As I pointed out in an earlier essay, some contemporary scientists have produced secular equivalents of this view. They say: there is nothing qualitatively to distinguish between Homo sapiens and other animals. There is no soul. There is no self. There is no freewill.

Voltaire spoke of humans as “insects devouring one another on a little atom of mud.” Stephen Hawking said that “the human race is just a chemical scum on a moderate size planet, orbiting round a very average star in the outer suburb of one among a billion galaxies.” Philosopher John Gray wrote that “human life has no more meaning than that of slime mould.” In Homo Deus, Yuval Harari states that, “Looking back, humanity will turn out to be just a ripple within the cosmic data flow.”[2]

Judaism is humanity’s protest against both ideas. We are not gods. And we are not chemical scum. We are dust of the earth, but there is within us the breath of God. What is essential is never to blur the boundary between Heaven and Earth. The Torah speaks only obliquely about this. It tells us that there was a time, prior to the Flood, when “the sons of God saw that the daughters of man were lovely, and they married whomever they chose” (Gen. 6:2). It also tells us that, after the Flood, humans gathered in a plain in Shinar and said, “Come, let us build ourselves a city and a tower that reaches heaven, and make a name for ourselves” (Gen. 11:4). Regardless of what these stories mean, what they speak of is a blurring of the line between Heaven and Earth – “sons of God” behaving like humans and humans aspiring to live among the gods.

When God is God, humans can be human. First, separate, then relate. That is the Jewish way.

For us as Jews, humanity at its highest is still human. We are mortal. We are creatures of flesh and blood. We are born, we grow, we learn, we mature, we make our way in the world. If we are lucky we find love. If we are blessed, we have children. But we also age. The body grows old even if the spirit stays young. We know that this gift of life does not last forever because in this physical universe, nothing lasts forever, not even planets or stars.

For each of us, therefore, there is a river we will not cross, a promised land we will not enter and a destination we will not reach. Even the greatest life is an unfinished symphony. Moses’ death on the far side of the Jordan is a consolation for all of us. None of us should feel guilty or frustrated or angry or defeated that there are things we hoped to achieve but did not. That is what it is to be human.

Nor should we be haunted by our mistakes. That, I believe, is why the Torah tells us that Moses sinned. Did it really have to include the episode of the water, the stick, the rock and Moses’ anger? It happened, but did the Torah have to tell us it happened? It passes over thirty-eight of the forty years in the wilderness in silence. It does not report every incident, only those that have a lesson for posterity. Why not, then, pass over this too in silence, sparing Moses’ good name? What other religious literature has ever been so candid about the failings of even the greatest of its heroes?

Because that is what it is to be human. Even the greatest human beings made mistakes, failed as often as they succeeded, and had moments of black despair. What made them great was not that they were perfect but that they kept going. They learned from every error, refused to give up hope, and eventually acquired the great gift that only failure can grant, namely humility. They understood that life is about falling a hundred times and getting up again. It is about never losing your ideals even when you know how hard it is to change the world. It’s about getting up every morning and walking one more day toward the Promised Land even though you know you may never get there, but knowing also that you helped others get there.

Maimonides writes in his law code that, “Every human being can become righteous like Moses our teacher or wicked like Jeroboam.”[3] That is an astonishing sentence. There only ever was one Moses. The Torah says so. Yet what Maimonides is saying is clear. Prophetically, there was only one Moses. But morally, the choice lies before us every time we make a decision that will affect the lives of others. That Moses was mortal, that the greatest leader who ever lived did not see his mission completed, that even he was capable of making a mistake, is the most profound gift God could give each of us.

Hence the three great life changing ideas with which the Torah ends. We are mortal; therefore make every day count. We are fallible; therefore learn to grow from each mistake. We will not complete the journey; therefore inspire others to continue what we began.