A Nation of Leaders 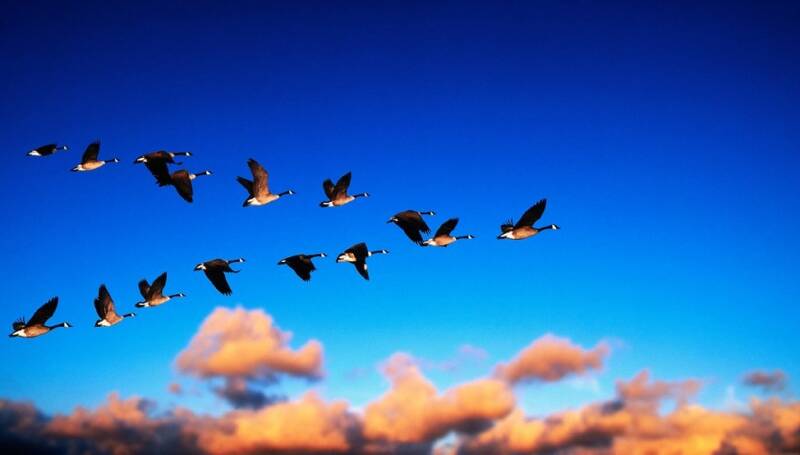 This week’s parsha consists of two episodes that seem to constitute a study in contrasts. The first is in chapter 18. Yitro, Moses’ father-in-law and a Midianite Priest, gives Moses his first lesson in leadership. In the second episode, the prime mover is God Himself who, at Mount Sinai, makes a covenant with the Israelites in an unprecedented and unrepeated epiphany. For the first and only time in history God appears to an entire people, making a covenant with them and giving them the world’s most famous brief code of ethics, the Ten Commandments.

What can there be in common between the practical advice of a Midianite and the timeless words of Revelation itself? There is an intended contrast here and it is an important one. The forms and structures of governance are not specifically Jewish. They are part of chochmah, the universal wisdom of humankind. Jews have known many forms of leadership: by Prophets, Elders, Judges and Kings; by the Nasi in Israel under Roman rule and the Resh Galuta in Babylon; by town councils (shiva tuvei ha-ir) and various forms of oligarchy; and by other structures up to and including the democratically elected Knesset. The forms of government are not eternal truths, nor are they exclusive to Israel. In fact, the Torah says about monarchy that a time will come when the people say, “Let us set a king over us like all the nations around us,” – the only case in the entire Torah in which Israel are commanded (or permitted) to imitate other nations. There is nothing specifically Jewish about political structures.

What is specifically Jewish, however, is the principle of the covenant at Sinai, that Israel is the chosen people, the only nation whose sole ultimate king and legislator is God Himself. “He has revealed His word to Jacob, His laws and decrees to Israel. He has done this for no other nation; they do not know His laws, Halleluyah.” (Psalm 147:19-20) What the covenant at Sinai established for the first time was the moral limits of power.[1] All human authority is delegated authority, subject to the overarching moral imperatives of the Torah itself. This side of heaven there is no absolute power. That is what has always set Judaism apart from the empires of the ancient world and the secular nationalisms of the West. So Israel can learn practical politics from a Midianite but it must learn the limits of politics from God Himself.

Despite the contrast, however, there is one theme in common to both episodes, to Yitro and to the revelation at Sinai, namely the delegation, distribution and democratisation of leadership. Only God can rule alone.

The theme is introduced by Yitro. He arrives to visit his son-in-law and finds him leading alone. He says, “What you are doing is not good.” (Ex. 18:17) This is one of only two instances in the whole Torah in which the words lo tov, “not good”, appear. The other is in Genesis (2:18), where God says, “It is not good [lo tov] for man to be alone.” We cannot lead alone. We cannot live alone. To be alone is not good.
Yitro proposes delegation:

You must be the people’s representative before God and bring their disputes to Him. Teach them His decrees and instructions, and show them the way they are to live and how they are to behave. But select capable men from all the people—men who fear God, trustworthy men who hate dishonest gain—and appoint them as officials over thousands, hundreds, fifties and tens. Have them serve as Judges for the people at all times, but have them bring every difficult case to you; the simple cases they can decide themselves. That will make your load lighter, because they will share it with you.

This is a significant devolution. It means that among every thousand Israelites, there are 131 leaders (one head of a thousand, ten heads of a hundred, twenty heads of fifty and a hundred head of tens). One in every eight adult male Israelites was expected to undertake some form of leadership role.

In the next chapter, prior to the revelation at Mount Sinai, God commands Moses to propose a covenant with the Israelites. In the course of this, God articulates what is in effect the mission statement of the Jewish people:

You yourselves have seen what I did to Egypt, and how I carried you on eagles’ wings and brought you to Myself. Now if you obey Me fully and keep My covenant, then out of all nations you will be My treasured possession. Although the whole earth is Mine, you will be for Me a Kingdom of Priests and a holy nation.’

This is a very striking statement. Every nation had its priests. In the book of Genesis, we encounter Malkizedek, Abraham’s contemporary, described as “a priest of the most high God.” (Gen. 14:18) The story of Joseph mentions the Egyptian priests, whose land was not nationalised. (Gen. 47:22) Yitro was a Midianite priest. In the ancient world there was nothing distinctive about priesthood. Every nation had its priests and holy men. What was distinctive about Israel was that it was to become a nation every one of whose members was to be a priest; each of whose citizens was called on to be holy.

I vividly recall standing with Rabbi Adin Steinsaltz zt”l in the General Assembly of the United Nations in August 2000 at a unique gathering of two thousand religious leaders representing all the major faiths in the world. I pointed out that even in that distinguished company we were different. We were almost the only religious leaders wearing suits. All the others wore robes of office. It is an almost universal phenomenon that priests and holy people wear distinctive garments to indicate that they are set apart (the core meaning of the word kadosh, “holy”). In post-biblical Judaism there were no robes of office because everyone was expected to be holy[2] (Theophrastus, a pupil of Aristotle, called Jews “a nation of philosophers,” reflecting the same idea.[3]).

Yet in what sense were Jews ever a Kingdom of Priests? The Kohanim were an elite within the nation, members of the tribe of Levi, descendants of Aaron the first High Priest. There never was a full democratisation of keter kehunah, the crown of priesthood.

Faced with this problem, the commentators offer two solutions. The word Kohanim, “Priests,” may mean “princes” or “leaders” (Rashi, Rashbam). Or it may mean “servants” (Ibn Ezra, Ramban). But this is precisely the point. The Israelites were called on to be a nation of servant-leaders. They were the people called on, by virtue of the covenant, to accept responsibility not only for themselves and their families, but for the moral-spiritual state of the nation as a whole. This is the principle that later became known as the idea that kol Yisrael arevin zeh ba-zeh, “All Israelites are responsible for one another.” (Shavuot 39a) Jews were the people who did not leave leadership to a single individual, however holy or exalted, or to an elite. Instead, every one of them was expected to be both a prince and a servant; that is to say, every one of whom was called on to be a leader. Never was leadership more profoundly democratised.

That is what made Jews historically hard to lead. As Chaim Weizmann, first President of Israel, famously said, “I head a nation of a million presidents.”

The Lord may be our shepherd, but no Jew was ever a sheep. At the same time, this is what led Jews to have an impact on the world out of all proportion to their numbers. Jews constitute only the tiniest fragment – one fifth of one per cent of the population of the world – but they make up an extraordinarily high percentage of leaders in any given field of human endeavour.

[1] For the original illustration of this idea, please see Rabbi Sacks’ comments on Shifrah and Puah in “Women as Leaders” (Shemot 5781).
[2] This idea reappeared in Protestant Christianity in the phrase “the priesthood of all believers,” during the age of the Puritans, the Christians who took most seriously the principles of what they called the Old Testament.
[3] See Josephus, Against Apion 1:22.
[4] In the upcoming essay for parshat Kedoshim, we will delve further into the role of the follower in Judaism.