The Bond of Loyalty and Love 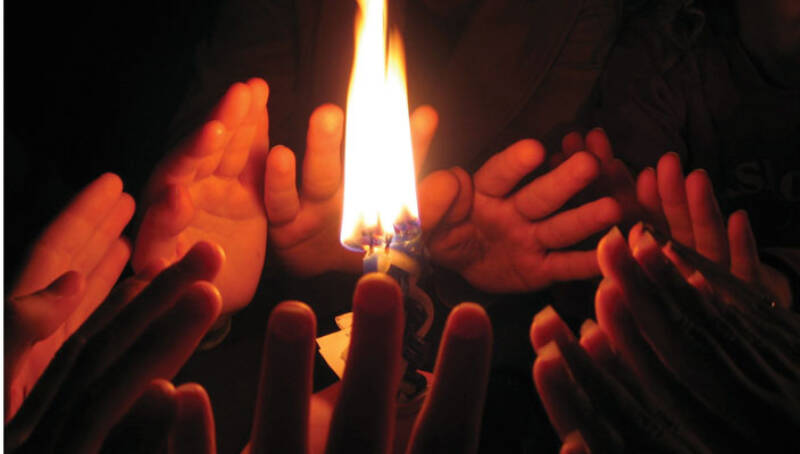 In the course of any life there are moments of awe and amazement when, with a full heart, you thank God shehecheyanu vekiyemanu vehigiyanu lazeman hazeh, “who has kept us alive and sustained us and brought us to this day.”

Two that particularly stand out in my own memory were separated by almost ten years. The first was the Lambeth Conference at Canterbury in 2008. The conference is the gathering, every ten years, of the bishops of the Anglican Communion – that is, not just the Church of England but the entire worldwide structure, much of it based in America and Africa. It is the key event that brings this global network of churches together to deliberate on directions for the future. That year I became, I believe, the first rabbi to address a plenary session of the conference. The second, much more recent, took place in October 2017 in Washington when I addressed the friends and supporters of the American Enterprise Institute, one of the world’s great economic think tanks.

The two gatherings could not have been less alike. One was religious, Christian, and concerned with theology. The other was secular, American, and concerned with economics and politics. Both of them, though, were experiencing some kind of crisis. In the case of the Anglican Church it had to do with gay bishops.[1] Could the Church accommodate such people? The question was tearing the Church apart, with many of the American bishops in favour and most of the African ones against. There was a real sense, before the conference, that the communion was in danger of being irreparably split.

In Washington in 2017 the issue at the forefront of people’s minds was quite different. A year earlier there had been a sharply divisive American Presidential election. New phrases had been coined to describe some of the factors involved – post-truth, fake news, flyover states, alt-right, identity politics, competitive victimhood, whatever – as well as the resurfacing of an old one: populism. It all added up to what I termed the politics of anger. Was there a way of knitting together the unravelling strands of American society?

The reason these two events are connected in my mind is that on both occasions I spoke about the same concept – the one that is central to this week’s parsha, and to biblical Judaism as a whole, namely brit, covenant. This was, in the seventeenth century especially, a key concept in the emerging free societies of the West, especially in Calvinist or Puritanical circles.

To grossly simplify a complex process, the Reformation developed in different directions in different countries, depending on whether Luther or Calvin was the primary influence. For Luther the key text was the New Testament, especially the letters of Paul. For Calvin and his followers, however, the Hebrew Bible was the primary text, especially in relation to political and social structures. That is why covenant played a large part in the (Calvinist) post-Reformation politics of Geneva, Holland, Scotland, England under Cromwell, and especially the Pilgrim Fathers, the first European settlers in North America. It lay at the heart of the Mayflower Compact (1620) and John Winthrop’s famous “City upon a Hill” speech aboard the Arbella in 1630.

Over time however, and under the influence of Jean-Jacques Rousseau, the word “covenant” was gradually supplanted by the phrase “social contract.” Clearly there is something similar between the two, but they are not the same thing at all. In fact, they operate on different logics and they create different relationships and institutions.[2]

In a contract, two or more people come together, each pursuing their self-interest, to make a mutually advantageous exchange. In a covenant, two or more people, each respecting the dignity and integrity of the other, come together in a bond of loyalty and trust to do together what neither can achieve alone.[3] It isn’t an exchange; it’s a moral commitment. It is more like a marriage than a commercial transaction. Contracts are about interests; covenants are about identity. Contracts benefit; covenants transform. Contracts are about “Me” and “You”; covenants are about “Us.”
What makes the Hebrew Bible revolutionary in political terms is that it contains not one founding moment but two. One is set out in 1 Samuel 8, when the people come to the prophet Samuel and ask for a king. God tells Samuel to warn the people what will be the consequences. The king will take the people’s sons to ride with his chariots and their daughters to work in his kitchens. He will take their property as taxation, and so on. Nonetheless, the people insist that they still want a king, so Samuel appoints Saul.

Commentators have long been puzzled by this chapter. Does it represent approval or disapproval of monarchy? The best answer ever given was provided by Rabbi Zvi Hirsch Chajes, who explained that what Samuel was doing at God’s behest was proposing a social contract precisely on the lines set out by Thomas Hobbes in The Leviathan. People are willing to give up certain of their rights, transferring them to a central power – a king or a government – who undertakes in return to ensure the defence of the realm externally and the rule of law within.[4] The book of Samuel thus contains the first recorded instance of a social contract.

The two central institutions of modern Western liberal democracies are both contractual. There are commercial contracts that create the market; and there is the social contract that creates the state. The market is about the creation and distribution of wealth. The state is about the creation and distribution of power. But a covenant is about neither wealth nor power, but rather about the bonds of belonging and collective responsibility. As I put it in The Politics of Hope, a social contract creates a state. A social covenant creates a society. A society is the totality of relationships that do not depend on exchanges of wealth and power, namely marriages, families, congregations, communities, charities and voluntary associations. The market and the state are arenas of competition. Society is an arena of co–operation. And we need both.

The reason that the concept of covenant proved helpful to the Anglican bishops on the one hand, and the American Enterprise Institute on the other, is that it is the supreme example of a bond that brings together, in a single co-operative enterprise, individuals and groups that are profoundly different. They could not be more different than the parties at Mount Sinai: God and the children of Israel, the one Infinite and eternal, the other, finite and mortal.

In fact the very first human relationship, between the first man and the first woman, contains a two-word definition of covenant: ezer ke-negdo, meaning on the one hand “a helper” but on the other, someone “over-and-against.”[5] In a marriage, neither husband nor wife sacrifice their distinctive identities. At Sinai, God remained God and the Israelites remained human. A symbol of covenant is the havdallah candle: multiple wicks that stay separate but produce a single flame.

So covenant allowed the Anglican Communion to stay together despite the deep differences between the American and African churches. The American covenant held the nation together despite, in Lincoln’s day, a civil war, and at other times, civil and economic strife, and its renewal will do likewise in the future. In Moses’ day it allowed the Israelites to become “one nation under God” despite their division into twelve tribes. Covenants create unity without uniformity. They value diversity but, rather than allowing a group to split into competing factions, they ask each to contribute something uniquely theirs to the common good. Out of multiple Me’s they create an overarching Us.

What made these two experiences in Canterbury and Washington so moving to me was that they showed how prophetic Moses’ words were when he told the Israelites that the Torah and its commands “will show your wisdom and understanding to the nations, who will hear about all these decrees and say, ‘Surely this great nation is a wise and understanding people’” (Deut. 4:6). Torah continues to inspire not only Jews but all who seek guidance in hard times.

So, if you find yourself in a situation of conflict that threatens to break something apart, whether a marriage, a family, a business, a community, a political party or an organisation, framing a covenant will help keep people together, without any side claiming victory or defeat. All it needs is recognition that there are certain things we can do together that none of us can do alone.

Covenant lifts our horizon from self-interest to the common good. There is nothing wrong with self-interest. It drives economics and politics, the market and the state. But there are certain things that cannot be achieved on the basis of self-interest alone, among them trust, friendship, loyalty and love. Covenant really is a life- and world-changing idea.

[1] One, Gene Robinson, had already been appointed and was serving in New Hampshire.
[2] I have set out the philosophy of this in The Politics of Hope, London, Jonathan Cape, 1997. Most recently I have summarised this argument in a whiteboard animation video released last month. You can watch the video or read a transcript using this link: http://rabbisacks.wpengine.com/the-politics-of-hope/
[3] One might ask: what is there that God cannot do alone? The answer – given the theology of the Hebrew Bible – is: to live within the human heart. That requires our free assent.
[4] Kol Kitvei Maharatz Chajes, vol. 1, 43-49.
[5] Gen. 2:18 and Rashi ad loc., based on Yevamot 63a.