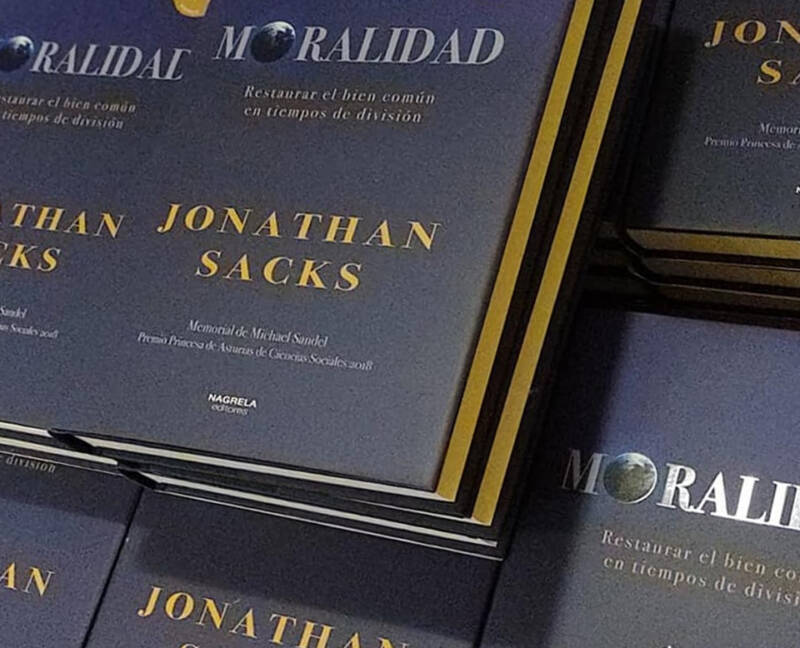 The Spanish translation of Rabbi Sacks’ book, Morality (2020), was launched in Argentina on 10th June 2022 at an event which included the participation of Rabbi Isaac Sacca, the Chief Rabbi of Buenos Aries, and Her Excellency Kirsty Hayes, the British Ambassador to Argentina. The Spanish edition contains a new foreword written by Chief Rabbi Sacca.

In Morality, Rabbi Sacks traces today’s crisis to our loss of a strong, shared moral code and our elevation of self-interest over the common good.

Speaking at the launch, Chief Rabbi Sacca said: “These books turn young people into positive people for society. We create a social environment so that young people can grow up with a positive spirit, on the path of work, respect, and the construction of a better society. A person with moral and ethical conduct is a person who contributes to the good of society. But a person without the basis of morality, even though he knows everything about science, technology, can become the worst enemy of society.”

Ambassador Hayes added: “Rabbi Sacks was obviously a Jewish intellectual and he was also a British personality. But being Jewish and British are not characteristics that ended up defining him, since his area of ​​influence was universal. Reading some phrases from this book, I came across one that I would like to highlight: ‘Health is not about never getting sick, it is about the ability to recover’.”