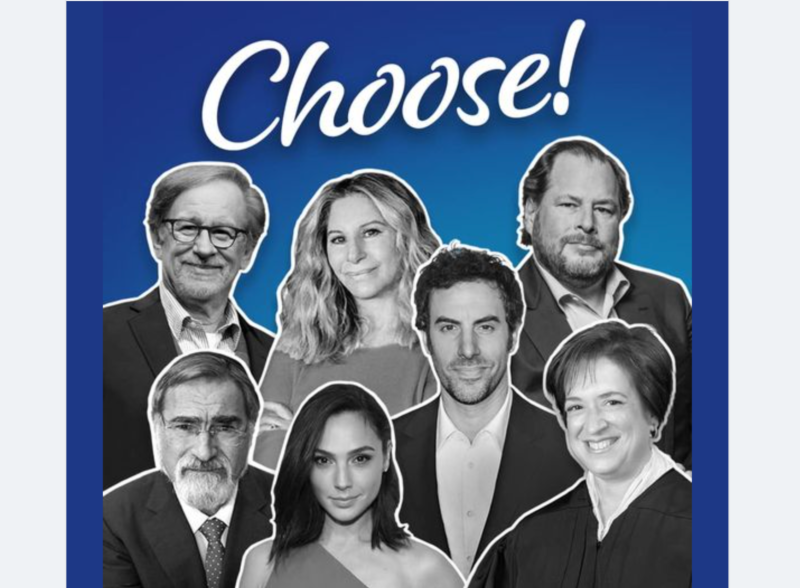 The Genesis Prize Foundation administers the Genesis Prize, a global award that celebrates Jewish achievement and contribution to humanity. The annual $1 million Genesis Prize has been dubbed the “Jewish Nobel” by Time magazine. The prize was launched in 2013 to foster Jewish identity, inspire Jewish pride and strengthen the bond between Israel and the Diaspora. The aim is to celebrate Jewish talent and achievement by honouring extraordinary individuals for their professional accomplishments, commitment to Jewish values, and contribution to improving the world.

Previous Genesis Prize laureates are former New York City Mayor and philanthropist Michael Bloomberg (2014); actor, producer and peace activist Michael Douglas (2015); Itzhak Perlman, virtuoso violinist and advocate for individuals with special needs (2016); sculptor and advocate for the rights of refugees Sir Anish Kapoor (2017); Oscar-winning actress and social activist Natalie Portman (2018); owner of New England Patriots and founder of a new foundation to combat anti-Semitism Robert Kraft (2019); legendary Jewish leader and human rights activist Natan Sharansky (2020), all of whom were selected from a list of individuals by a distinguished panel of judges, and then voted for by the public.

Rabbi Sacks responded with this statement:

It is immensely humbling to be a finalist for The Genesis Prize and included alongside such incredible people. I admire each of them for their significant contributions to the Jewish people; any one of them would be a worthy Laureate. Thank you to everyone who nominated me.

Here you can watch the video created by the Genesis Foundation to present Rabbi Sacks as a nominee:

Sadly, Rabbi Sacks passed away in November 2020, before the winner could be announced. As the Genesis Prize is awarded to living individuals, this meant his name was withdrawn from the list of nominees, and he never won the award. Steven Spielberg was honoured with the Genesis Prize for 2020. But Rabbi Sacks was posthumously honoured with the Genesis Lifetime Achievement Award in 2021, which was awarded by Isaac Herzog, President of Israel to Lady Sacks, and the entire Sacks family attended the moving ceremony in London, which you can learn more about here.