A Nail of Faith

A story for Succot 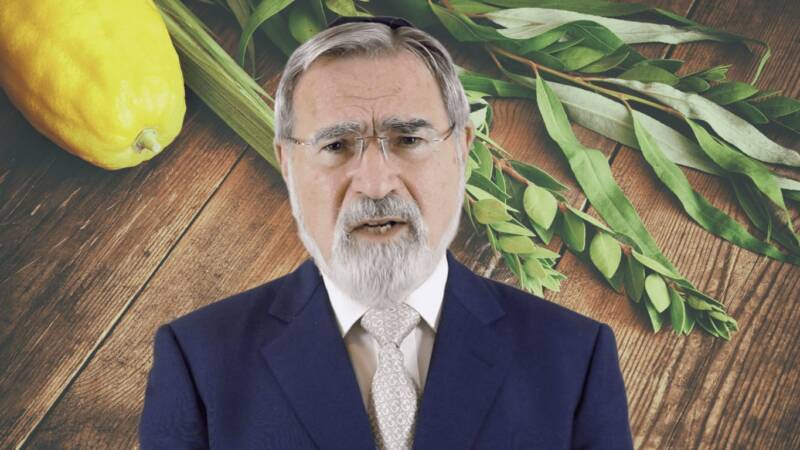 “Here is what I learned from the first time I built a succah (aside from the fact that I am not particularly good at woodwork!). Wishing you and your families a wonderful Succot. Chag Sameach!” – Rabbi Sacks

A story for Succot. And it really happened, over 40 years ago. It was when Elaine and I were first married. And so, for the first time, I had to make a succah for ourselves. And I really didn’t know how: first of all, at school every single year I came bottom in the class woodwork, changing a light bulb was the outer limit of my practical abilities. Secondly, we didn’t have a car. So I had no idea how to get the materials and bring them back home. But then a friend said to me, “Well, I’m going tomorrow to buy some materials for the succah, would you like to come with me? We can buy them together.” So I said, yes. And the next morning I went round to him.

Well, he showed me his plans. He had actually drawn up the most elaborate, architectural drawings for a succah fit for royalty. It was the kind of succah that’s grand with a fine door and windows and all sorts of things that you would be really quite happy to spend 40 years in the wilderness. And you could, as I say, entertain royalty in it. And, as I say, I had no idea what to do or how to make the thing. But we went off in his car and we went to the timber yard.
When we got there, he took out of his pocket a long list of precise specifications: Beams, and planks, and hinges and screws, and goodness knows what. And I really had no idea. So I ordered a few big sheets of hardboard and a few planks, and a bag of nails, and that was it. We put them all in his car, we came back to our respective homes and started hammering away.

The next day, we visited one another to see our respective handiwork. He had indeed done a palace of a succah. It was grand, it was self-standing, and it was magnificent. And mine was just three walls of hardboard nailed together and leaning against the house. It looked like a great big cardboard box and very ungainly. But nevermind, at least it satisfied the halachic requirements. And we went into Yom Tov and duly celebrated.

The second night of Succot there was an almighty storm, and very intense hurricane force wind. And the next morning I came into shul and he was looking very downcast. “What’s the matter?” I said to him. “My succah,” he said. “In the storm last night, it blew down. Yours did too, I suppose.” With a self-deprecating smile I said, “No, actually mine’s still standing.” “I don’t believe it,” he said. “I’ve got to come round and see.” So after shul he came back to our house and looked at our succah. And there it was, still standing, and he wanted to know why. He looked carefully and he found the answer. Because it was so unstable I had fixed it to the house with a single nail, and that nail kept it standing upright. He paused for a moment and then he turned to me and he said this:

He said, “Now I suddenly understand what Succot is all about.” He said, “You can plan a succah, you can plan a building, you can plan a life down to the utmost detail and it can be a magnificent plan. But if a wind comes, it can blow your plans away. Whereas yours, which was very rough and ready, is joined to something solid, to the wall of your house. And even if there’s only one nail joining you to something solid and immovable, then all the winds in the world won’t blow you away.” And then he looked carefully at the nail and turned to me with a smile I’ll never forget. And he said to me, “That nail is faith.”

Have a wonderful Succot. Chag Sameach.