A Shanah Tovah, a good New Year to you, to your family, and to the Jewish people throughout the world.

There’s something very strange about Rosh Hashanah. I wonder if you’ve noticed. Rosh Hashanah is the beginning of the Asseret Yemei Teshuvah, the Ten Days of Penitence, culminating in Yom Kippur. Therefore, you would have thought that we should begin that process of penitence with penitence: confessing our sins; ashamnu, bagadnu, gazalnu; al cheit shechatanu; slach lanu avinu ki chatanu; slach u’mechal etc.

And yet, of course, if you look in the prayers for Rosh Hashanah, there isn’t a hint of any of this, none of it, not one real word about teshuvah. What there is, is talk about malchiyot, zichronot and shofarot, that’s the basic structure of Musaf: God’s kingship and sovereignty over the universe, His remembrance of things past, and the Shofarot, the clarion call of the ram’s horn. Those are the basic structures of the Musaf Amidah, and they’re about God, they’re not about us.

When we try and define Rosh Hashanah, in terms of the machzor, we see hayom harat olam, today’s the anniversary of creation. It’s the birthday of the world. Nothing about teshuvah in that, so little hints here and there, little hints. Zachreinu lechayim, katveinu lechayim, write us in the Book of Life. Avinu malkeinu chadesh aleinu et ha’shana hazot letova, hazireinu b’teshuvah sheleima lefanecha, bring us back with perfect repentance. But we say that at other times of the year. So there is virtually nothing about penitence on Rosh Hashanah.

Why not? Why leave the penitents to Yom Kippur, the very last moment? “Please, God, I’ve just thought about something. I’ve sinned, I’ve committed,” etc. It’s an extremely strange thing. And I worried about this, I thought about it for years. There’s something missing here. What am I missing?

In the end, I discovered the answer through the people who I came to know, who became my mentors in moral courage, and that is the Holocaust survivors. Now every Holocaust survivor had a different story and had a different way of coping. But by and large, there was a general pattern, which is that they did not talk about what had happened to them. They didn’t talk about it to their spouses or to their children. For years and years, sometimes many decades, they just avoided the subject.

What did they do? They set about making a home in a new country. They set about having a family, getting married, having children, because most of them had lost their families in any case. They set about having a job, building a career, building a life. They set about helping and strengthening one another. And only much, much later, often fifty years later, did they tell their story, sometimes wrote their story or got somebody else to write their story. Many of the survivors that I knew went around schools, non-Jewish schools, as well as Jewish ones telling their story to the pupils because they really wanted them to understand how precious and how fragile freedom actually is. And I suddenly realised that there was a simple structure to what they did. First, build the future. Then you can remember the past.

I knew a very, very successful businessman who was struck by some very savage blows of bad luck. The result of which was that he lost almost everything he had built. Would have been a devastating blow, I think for anyone, but he was a man of iron will and he worked day and night for ten years to rebuild what he had lost. After ten years, he happened to be giving a talk and he said, “I’m going to spend the next minute saying something I haven’t spoken about for ten years.” And he referred very briefly to that blow of bad luck and he said, “I haven’t spoken about this because I knew that if I spoke about it before ten years had passed, I simply would not be able to carry on.” And from him too, I learned first you build the future and then you can remember the past.

And that is when I understood the relationship between Rosh Hashanah and Yom Kippur. Rosh Hashanah is about the future. It’s about the shana tova. It’s about the Jewish future because what do we read about on the first day of Rosh Hashanah? The birth of the first Jewish child, Isaac, and the birth of the prophet and King maker, Samuel, to the previously childless Hannah. Children are the symbol of the Jewish future, and that is what we choose to read about on Rosh Hashanah. Then once we have prayed for the future and thought about the future and our responsibilities for it, then once we have secured the future, on Yom Kippur we can remember and lament the past. Sometimes the past is so difficult that if you focus on it, you fall into depression and despair. And the Jewish way is to say no, just look forward and build a future, and then when everything is secure, you can turn back and look at the past.

That to me is the message for this very, very challenging year. We have just passed through a year of the coronavirus pandemic, which has been, in many ways, the worst crisis the world has faced since the end of the Second World War. It’s been very, very challenging. It’s been hard for everyone. It seems to me that the most important thing to do is to focus on the future, not on the past. I don’t think we should spend particularly, these precious moments of spirituality lamenting the past, when the first thing we have to do is secure the future. We actually have to ask and pray for God’s help to be able to mend what has been broken, to rebuild what has been destroyed, to heal what has been harmed, and to begin to build the future together. That is the spiritual imperative of this moment.

I want to tell you a little story about Norman Lamm because it taught me so much. I knew Norman Lamm quite well. The first time I met him, he didn’t know me at all. It was fifty-two years ago. It was 1968. I had gone to America in 1968. That was the year that Simon and Garfunkel counted the cars on the New Jersey turnpike; they all came to look for America. I wasn’t counting the cars on the New Jersey turnpike. I was counting the Rabbis in America, going round to visit as many as I could. I wanted to meet Rabbi Lamm. I had heard about him. So with my typical polite English understatement, I phoned him up and I said, “Rabbi Lamm, I’ve just travelled 3000 miles to meet you. Do you think you could fit me in?” Well, chutzpah works, says the Gemara. So he said, “Yes.” He didn’t know who I was. I was 20 years old. I was a sophomore. I was a nobody. And this man who was already Rabbi of the Jewish Center and Professor of Jewish Philosophy at Yeshiva University sat with me in his office in the shul for an hour, talking me through the various approaches to ‘Torah Umadda’ and the difference between Rabbi Shimshon Raphael Hirsch’s approach to Rav Kook’s approach and how he preferred Rav Kook’s approach and so on. I have never kept a diary. I’ve never made notes. So I’m remembering this from fifty-two years ago.

And then he did something that I actually found extraordinary. He said to me, “Where is your next appointment?” So I told him, “It’s the other side of Central Park.” He said, “Let me take you there.” And this man got up from his office and drove me to my next appointment. Sorry, forgive me… I don’t know anyone who would do something like that in the middle of Manhattan on a busy day for a student, 20 years old, that he’d never met before and had no reason to see in the first place! This was menschlichkeit in capital letters. It was absolutely extraordinary.

But on one occasion he said to me, “Jonathan, you know, there’s only one joke in the Mishnah.” I said, “What’s that?” He said, “Well, talmidei chachamim marbim shalom b’olam, Rabbis increase peace in the world.” He said, “That has to be a joke, right? The more Rabbis, the more rows, so that must be a joke.” I said, “Rabbi Lamm, if I may suggest, it isn’t actually a joke. But to understand it, you have to go to the end of the sentence. It says, marbim shalom b’olam shene’emar, as it is said, v’chol bonaich limudei Hashem v’rav shalom bonaich, the verse from Isaiah, all your children should be learned of the Lord, and great shall be the peace of your children, al tikrah banaich, don’t read it your children, elah bonaich, call it your builders.” I said, “If Rabbis are children, they do not increase peace in the world. But if they are builders, they do.”

And the proof is Moshe Rabbeinu, because when he got the Israelites to build the Mishkan, there was no argument between them, absolutely none. There was perfect peace. Why? Because they were building.

I have to say that is our challenge in the coming year, so much has been lost, so much has been destroyed. We have to become builders. We have to build that future. Then we can go back and think about the past, but not now, not yet. That is not the tzav hasha’ah, the command of our time. First, let us build that future. Let us repair everything that has been damaged. Let us build something even more beautiful in place of that which has been lost. May Hashem give us the strength to build, and in that building may we find peace. Shanah Tovah. 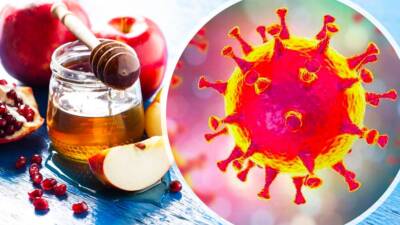 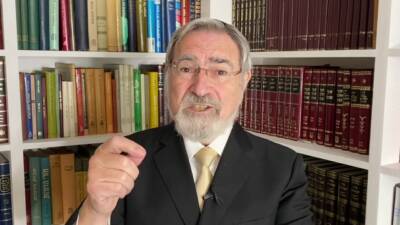