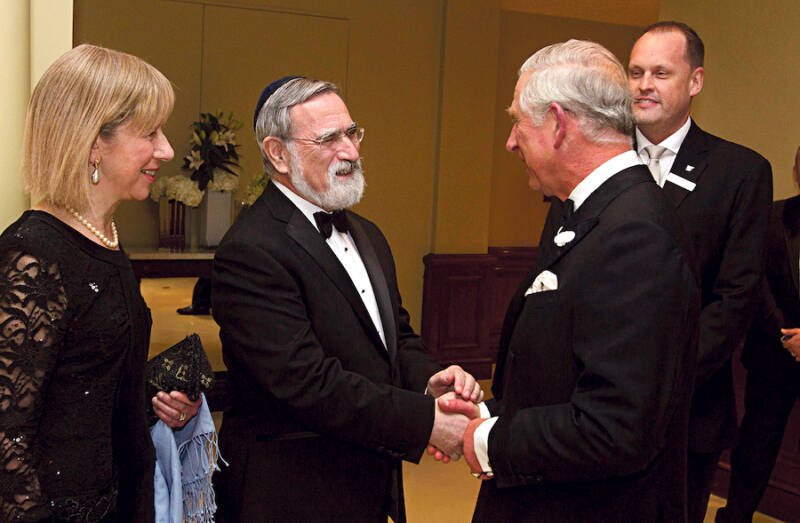 On 24th June 2013, the British Jewish community held a gala tribute dinner in Central London in honour of the Chief Rabbi Lord Sacks.

In front of an audience of over 800 attendees including representative from across the Jewish community as well as parliamentarians and other high profile individuals from wider British society, the guest of honour His Royal Highness The Prince of Wales described the Chief Rabbi as “a light unto this nation” who was a “steadfast friend” and “valued adviser” whose “guidance on any issue has never failed to be of practical value and deeply grounded in the kind of wisdom that is increasingly hard to come by.”

Reflections on the past 22 years, and on what comes next – from Rabbi Sacks and others