I’d like to begin this conversation by exploring the issues that are facing not just the Jewish community, but facing all of humanity, and begin the frame ways in which we might think about the world of tomorrow.

The first question I have is this: we live in an ideological world in which increasingly the divide seems to be between those who emphasise global relationships, and those who put emphasis on a strong sense of national identity. And the Jewish people have straddled the border between those things because Jewish communities have transcended national borders throughout most of history, and also have a very particular identity. So, how do Jews fit within this world divided between such poles, and how could we be “value added” in that world?

Ari, the equation was wrong to begin with. By all means, we learn from the world. Eizehu chacham?  halomed mikol ha’adam [Pirkei Avot, 4:1], but our mission was to teach the world. It was not to stand in awe of these great achievements. The fact is that probably the greatest culture and civilisation that ever existed, the Greece of Athens that became the Greece of Alexander the Great, and yet it died a death, and we didn’t die a death. Therefore, there was something that even the great tradition of Herodotus and Thucydides, the historians, the philosophers, Plato, Aristotle, of the Frejidians, Aeschylus and Sophocles, there was something there that Greece didn’t get in that we gave the world (via, as it happens, Christianity, which was a hybrid of the two, and not always one that was fair to or respectful of the parent from which it came.) That is all the more true now. The West is in a very, very fateful moment.

I don’t know if you’ve noticed … Have you noticed this? I was saying that in the 19th century Hegel said, “The modern man has substituted reading the daily press in place of morning prayer.” Nowadays, if you read the daily press, you need morning prayer. So, here we are with the rise of suppression of free speech in universities in the name of safe spaces. You have identity politics. You have competitive victimhood. You have the rise of populism throughout the West to levels that have not been seen since the early 1930s. The West is in a mess, and the truth is we have a responsibility here. Look at the average length of superpowers in the world. Spain in the 15th century, Venice in the 16th, Holland in the 17th, France in the 18th, England 19th, United States in the 20th. The average shelf-life of a superpower is 100 years. We’ve been around 40 times that long.

Whether or not we have seichel we certainly have experience. You name any crisis in the world, we have been there before, and we came out of it saying as Yaakov Avinu said to the angel, lo ashalechacha ki im berachtani, I will not let you go until somehow out of this crisis I have discovered and created a blessing. This is an extraordinarily powerful thing. To begin with, what is absolutely unique about Judaism that was not remotely borrowed from it by either Christianity or Islam, both of whom borrowed so much from us, failed to borrow the very issue that you raise: what do we concern ourselves with? The universal or the particular? The short answer is Judaism is the only religion, the only civilisation of the world, that has had precise commitments to both.

The Brit B’nai Noach that we read about in shul yesterday is a universal covenant. What I call the covenant of human solidarity. The terms of human existence. The Brit with Avraham Avinu which we read at the end of next week’s parsha was a covenant of particularity, of locality, of this people, not all people. The God of Israel is the God of all humanity. The religion of Israel is not the religion of all humanity. Why? Because these are the right and left hemispheres of the human brain. The systole and diastole of human breathing. We need both, a universal vision and a particular identity. What I call in one of my books “the universality of justice and the particularity of love.”

In the 21st Century, countries and individuals are going to have to think global and act local. A strong sense of human solidarity, but at the same time an unbreakable sense that this is me, this is my history, this is my story, this is who I am. I’m not humanity in general. I am this particular sliver of humanity, this colour in the spectrum, this voice in the conversation. So, because the world is torn between these two, Judaism must go out and show how it’s not an either/or but a both/and. 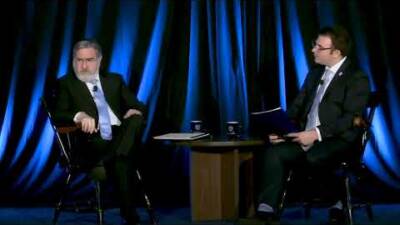 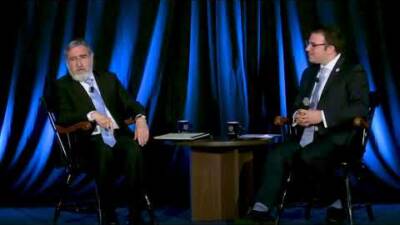 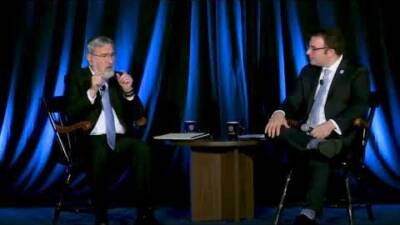