The Economics of Liberty 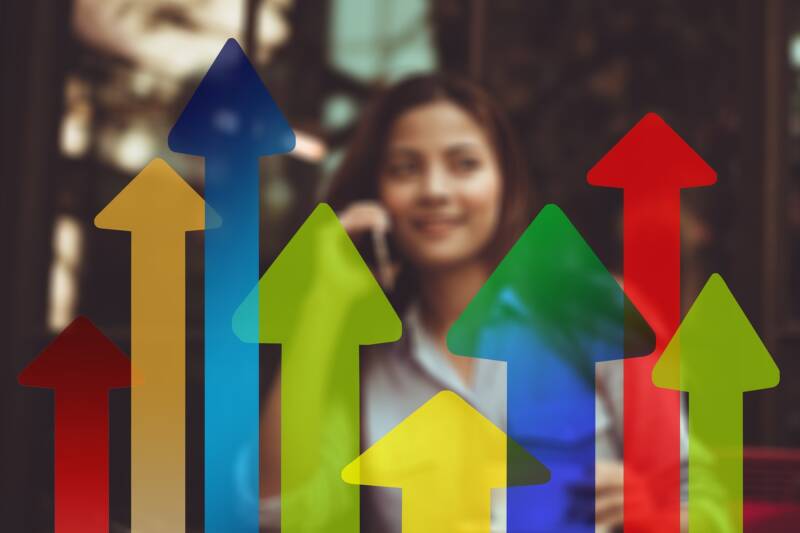 The most surprising best-selling book in 2014 was French economist Thomas Piketty’s Capital in the Twenty-First Century[1] – a dense 700-page-long treatise on economic theory backed by massive statistical research – not the usual stuff of runaway literary successes.

Much of its appeal was the way it documented the phenomenon that is reshaping societies throughout the world: in the current global economy, inequalities are growing apace. In the United States between 1979 and 2013, the top one per cent saw their incomes grow by more than 240 per cent, while the lowest fifth experienced a rise of only 10 per cent.[2] More striking still is the difference in capital income from assets such as housing, stocks and bonds, where the top one per cent have seen a growth of 300 per cent, and the bottom fifth have suffered a fall of 60 per cent. In global terms, the combined wealth of the richest 85 individuals is equal to the total of the poorest 3.5 billion – half the population of the world.[3]

Picketty’s contribution was to show why this has happened. The market economy, he argues, tends to makes us more and less equal at the same time: more equal because it spreads education, knowledge and skills more widely than in the past, but less equal because over time, especially in mature economies, the rate of return on capital tends to outpace the rate of growth of income and output. Those who own capital assets grow richer, faster than those who rely entirely on income from their labour. The increase in inequality is, he says, “potentially threatening to democratic societies and to the values of social justice on which they are based.”

This is the latest chapter in a very old story indeed. Isaiah Berlin made the point that not all values can co-exist – in this case, freedom and equality.[4] You can have one or the other but not both: the more economic freedom, the less equality; the more equality, the less freedom. That was the key conflict of the Cold War era, between capitalism and communism. Communism lost the battle. In the 1980s, under Ronald Reagan in America, Margaret Thatcher in Britain, markets were liberalised, and by the end of the decade the Soviet Union had collapsed. But unfettered economic freedom produces its own discontents, and Picketty’s book is one of several warning signs.

All of this makes the social legislation of parshat Behar a text for our time, because the Torah is profoundly concerned, not just with economics, but with the more fundamental moral and human issues. What kind of society do we seek? What social order best does justice to human dignity and the delicate bonds linking us to one another and to God?

What makes Judaism distinctive is its commitment to both freedom and equality, while at the same time recognising the tension between them. The opening chapters of Genesis describe the consequences of God’s gift to humans of individual freedom. But since we are social animals, we need also collective freedom. Hence the significance of the opening chapters of Shemot, with their characterisation of Egypt as an example of a society that deprives people of liberty, enslaving populations and making the many subject to the will of the few. Time and again the Torah explains its laws as ways of preserving freedom, remembering what it was like, in Egypt, to be deprived of liberty.

The Torah is also committed to the equal dignity of human beings in the image, and under the sovereignty, of God. That quest for equality was not fully realised in the biblical era. There were hierarchies in biblical Israel. Not everyone could be a king; not everyone was a priest. But Judaism had no class system. It had no equivalent of Plato’s division of society into men of gold, silver and bronze, or Aristotle’s belief that some are born to rule, others to be ruled. In the community of the covenant envisaged by the Torah, we are all God’s children, all precious in His sight, each with a contribution to make to the common good.

The fundamental insight of parshat Behar is precisely that restated by Piketty, namely that economic inequalities have a tendency to increase over time, and the result may be a loss of freedom as well. People can become enslaved by a burden of debt. In biblical times this might involve selling yourself literally into slavery as the only way of guaranteeing food and shelter. Families might be forced into selling their land: their ancestral inheritance from the days of Moses. The result would be a society in which, in the course of time, a few would become substantial landowners while many became landless and impoverished.

The Torah’s solution, set out in Behar, is a periodic restoration of people’s fundamental liberties. Every seventh year, debts were to be released and Israelite slaves set free. After seven sabbatical cycles, the Jubilee year was to be a time when, with few exceptions, ancestral land returned to its original owners. The Liberty Bell in Philadelphia is engraved with the famous words of the Jubilee command, in the King James translation:

“Proclaim liberty throughout all the land to all its inhabitants.”

So relevant does this vision remain that the international movement for debt relief for developing countries by the year 2000 was called Jubilee 2000, an explicit reference to the principles set out in our parsha.

Three things are worth noting about the Torah’s social and economic programme. First, it is more concerned with human freedom than with a narrow focus on economic equality. Losing your land or becoming trapped by debt are a real constraint on freedom.[5] Fundamental to a Jewish understanding of the moral dimension of economics is the idea of independence, “each person under his own vine and fig tree” as the prophet Micah puts it. (Mic. 4:4) We pray in the Grace After Meals, “Do not make us dependent on the gifts or loans of other people … so that we may suffer neither shame nor humiliation.” There is something profoundly degrading in losing your independence and being forced to depend on the goodwill of others. Hence the provisions of Behar are directed not at equality but at restoring people’s capacity to earn their own livelihood as free and independent agents.

Next, it takes this entire system out of the hands of human legislators. It rests on two fundamental ideas about capital and labour. First, the land belongs to God:

“And the land shall not be sold in perpetuity, for the land is Mine. You are foreigners and visitors as far as I am concerned.”

Second, the same applies to people:

“For they [the Israelites] are My servants, whom I brought out from Egypt, they cannot be sold as slaves.”

This means that personal and economic liberty are not open to political negotiation. They are inalienable, God-given rights. This is what lay behind John F. Kennedy’s reference in his 1961 Presidential Inaugural, to the “revolutionary beliefs for which our forebears fought,” namely “the belief that the rights of man come not from the generosity of the state but from the hand of God.”

Third, it tells us that economics is, and must remain, a discipline that rests on moral foundations. What matters to the Torah is not simply technical indices, such as the rate of growth or absolute standards of wealth, but the quality and texture of relationships: people’s independence and sense of dignity, the ways in which the system allows people to recover from misfortune, and the extent to which it allows the members of a society to live the truth that “when you eat from the labour of your hands you will be happy and it will be well with you.” (Ps. 128:2)

In no other intellectual area have Jews been so dominant. They have won 41 per cent of Nobel prizes in economics.[6] They developed some of the greatest ideas in the field: David Ricardo’s theory of comparative advantage, John von Neumann’s Game Theory (a development of which gained Professor Robert Aumann a Nobel Prize), Milton Friedman’s monetary theory, Gary Becker’s extension of economic theory to family dynamics, Daniel Kahneman and Amos Tversky’s theory of behavioural economics, and many others. Not always but often the moral dimension has been evident in their work. There is something impressive, even spiritual, in the fact that Jews have sought to create – down here on earth, not up in heaven in an afterlife – systems that seek to maximise human liberty and creativity. And the foundations lie in our parsha, whose ancient words are inspiring still.

[5] This is the argument set out by Nobel Prize-winning economist Amartya Sen in his book, Development as Freedom, Oxford Paperbacks, 2001.