The Second Tithe and Strong Societies 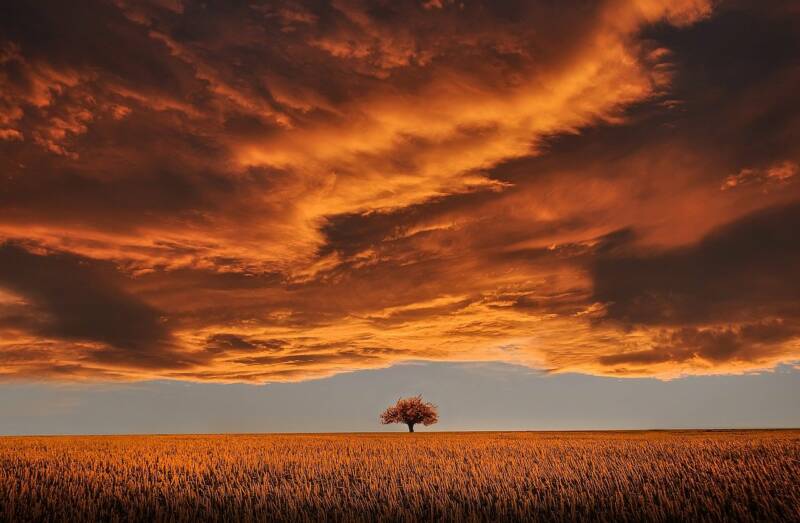 Biblical Israel from the time of Joshua until the destruction of the Second Temple was a predominantly agricultural society. Accordingly, it was through agriculture that the Torah pursued its religious and social programme. It has three fundamental elements.

The first was the alleviation of poverty. For many reasons, the Torah accepts the basic principles of what we now call a market economy. But though market economics is good at creating wealth it is less good at distributing it equitably. Thus the Torah’s social legislation aimed, in the words of Henry George, “to lay the foundation of a social state in which deep poverty and degrading want should be unknown.”[1]

Hence the institutions that left parts of the harvest for the poor: leket, shicheha and pe’ah – fallen ears of grain, the forgotten sheaf, and the corners of the field. There was the produce of the seventh year, which belonged to no-one and everyone, and ma’aser ani – the tithe for the poor given in the third and sixth years of the seven-year cycle. Shmittah and Yovel – the seventh and fiftieth years with their release of debts, manumission of slaves, and the return of ancestral property to its original owners, restored essential elements of the economy to their default position of fairness. So the first principle was: no one should be desperately poor.

The second, which included terumah and ma’aser rishon – the priestly portion and the first tithe, went to support, respectively, the Priests and the Levites. These were a religious elite within the nation in biblical times with no land of their own, whose role was to ensure that the service of God – especially in the Temple – continued at the heart of national life. They had other essential functions, among them education and the administration of justice, as teachers and judges.

The third was more personal and spiritual. There were laws such as the bringing of first-fruits to Jerusalem, and the three pilgrimage festivals – Pesach, Shavuot, and Succot – as they marked seasons in the agricultural year that had to do with driving home the lessons of gratitude and humility. They taught that the land belongs to God and we are merely His tenants and guests. The rain, the sun, and the earth itself yield their produce only because of His blessing. Without such regular reminders, societies slowly but inexorably become materialistic and self-satisfied. Rulers and elites forget that their role is to serve the people, and instead they expect the people to serve them. That is how nations at the height of their success begin their decline, unwittingly laying the ground for their defeat.

All this makes one law in our parsha – the law of the Second Tithe – hard to understand. As we noted above, in the third and sixth year of the septennial cycle, this was given to the poor. However, in the first, second, fourth, and fifth years, it was to be taken by the farmers to Jerusalem and eaten there in a state of purity

You shall eat the tithe of your grain, new wine, and olive oil, and the firstborn of your herds and flocks in the presence of the Lord your God at the place He will choose as a dwelling for His Name, so that you may learn to revere the Lord your God always.

If the farmer lived at a great distance from Jerusalem, he was allowed an alternative:

You may exchange the tithe for money. Wrap up the money in your hand, go to the place that the Lord your God will choose, and spend the money on whatever you choose: cattle, sheep, wine, strong drink, or whatever else you wish.

The problem is obvious. The second tithe did not go to poor, or to the priests and Levites, so it was not part of the first or second principle. It may have been part of the third, to remind the farmer that the land belonged to God, but this too seems unlikely. There was no declaration, as happened in the case of first-fruits, and no specific religious service, as took place on the festivals. Other than being in Jerusalem, the institution of the second tithe seemingly had no cognitive or spiritual content. What then was the logic of the second tithe?

The Sages,[2] focussing on the phrase, “so that you may learn to revere the Lord your God” said that it was to encourage people to study. Staying for a while in Jerusalem while they consumed the tithe or the food bought with its monetary substitute, they would be influenced by the mood of the holy city, with its population engaged either in Divine service or sacred study.[3] This would have been much as happens today for synagogue groups that arrange study tours to Israel.

The second tithe was commanded to be spent on food in Jerusalem: in this way the owner was compelled to give part of it away as charity. As he was not able to use it otherwise than by way of eating and drinking, he must have easily been induced to give it gradually away. This rule brought multitudes together in one place, and strengthened the bond of love and brotherhood among the children of men.[4]

For Maimonides, the second tithe served a social purpose. It strengthened civil society. It created bonds of connectedness and friendship among the people. It encouraged visitors to share the blessings of the harvest with others. Strangers would meet and become friends. There would be an atmosphere of camaraderie among the pilgrims. There would be a sense of shared citizenship, common belonging, and collective identity. Indeed Maimonides says something similar about the festivals themselves:

The use of keeping festivals is plain. Man derives benefit from such assemblies: the emotions produced renew the attachment to religion; they lead to friendly and social intercourse among the people.[5]

The atmosphere in Jerusalem, says Maimonides, would encourage public spiritedness. Food would always be plentiful, since the fruit of trees in their fourth year, the tithe of cattle, and the corn, wine, and oil of the second tithe would all have been brought there. They could not be sold and they could not be kept for the next year; therefore much would be given away in charity, especially (as the Torah specifies) to “the Levite, the stranger, the orphan, and the widow.” (Deut. 14:29)

Writing about America in the 1830s, Alexis de Tocqueville found that he had to coin a new word for the phenomenon he encountered there and saw as one of the dangers in a democratic society. The word was individualism. He defined it as “a mature and calm feeling which disposes each member of the community to sever himself from the mass of his fellows and to draw apart with his family and his friends,” leaving “society at large to itself.”[6] Tocqueville believed that democracy encouraged individualism. As a result, people would leave the business of the common good entirely to the government, which would become ever more powerful, eventually threatening freedom itself.

It was a brilliant insight. Two recent examples illustrate the point. The first was charted by Robert Putnam, the great Harvard sociologist, in his study of Italian towns in the 1990s.[7] During the 1970s all Italian regions were given local government on equal terms, but over the next twenty years, some prospered, others stagnated; some had effective governance and economic growth, while others were mired in corruption and underachievement. The key difference, he found, was the extent to which the regions had an active and public-spirited citizenry.

The other example focuses on the “free-rider” attitude. It is often tempting to take advantage of public facilities without paying your fair share (for example, travelling on public transport without paying for a ticket: hence the term “free rider”). You then obtain the benefit without bearing a fair share of the costs. When this happens, trust is eroded and public spiritedness declines. This is illustrated in an experiment known as the “free rider game,” designed to test public spiritedness within a group. We mentioned this study earlier in this year’s series, in parshat Ki Tissa.

In the game, as you may recall, each of the participants is given a certain amount of money, and then invited to contribute to a common pot, which is then multiplied and returned in equal parts to the players. So, for example, if each contributes $10, each will receive $30. However, if one player chooses not to contribute anything, then if there are six players, there will be $50 in the pot and $150 after multiplication. Each of the players will then receive $25, but one will now have $35: the money from the pot plus the $10 which they originally received.

When played over several rounds, the other players soon notice that not everyone is contributing equally. The unfairness causes the others to contribute less to the shared pot. The group suffers and no one gains. If, however, the other players are given the chance to punish the suspected cheat by paying a dollar to make them forfeit three dollars, they tend to do so. The experiment demonstrates that there is always a potential conflict between self-interest and the common good. When individuals only act for themselves, the group suffers. When the free-riders stop acting selfishly, everyone benefits.

As I was writing about this in 2015, the Greek economy was in a state of collapse. Years earlier, in 2008, an economist, Benedikt Herrmann, had tested people in different cities throughout the world to see whether there were geographical and cultural variations in the way people played the free rider game. He found that in places like Boston, Copenhagen, Bonn, and Seoul, voluntary contributions to the common pot were high. They were much lower in Istanbul, Riyadh, and Minsk, where the economy was less developed. But they were lowest of all in Athens, Greece. What is more, when players in Athens penalised the free riders, those penalised did not stop free-riding. Instead they took revenge by punishing their punishers.[8] The conclusion drawn was that where public spiritedness is low, society fails to cohere and the economy fails to grow.

Hence the brilliance of Maimonides’ insight that the second tithe existed to create social capital, meaning bonds of trust and reciprocal altruism among the population, which came about through sharing food with strangers in the holy precincts of Jerusalem. Loving God helps make us better citizens and more generous people, thus countering the individualism that eventually makes democracies fail.

[2] Sifrei ad loc. A more extended version of this interpretation can be found in the Sefer ha-Chinnuch, command 360.