To Thank Before We Think 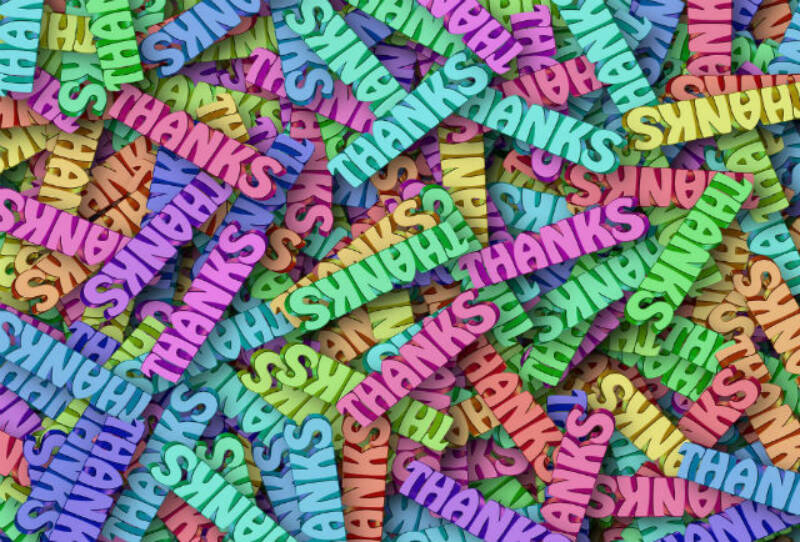 The Ten Commandments are the most famous religious-and-moral code in history. Until recently they adorned American courtrooms. They still adorn most synagogue arks. Rembrandt gave them their classic artistic expression in his portrait of Moses, about to break the tablets on seeing the golden calf. John Rogers Herbert’s massive painting of Moses bringing down the tablets of law dominates the main committee room of the House of Lords. The twin tablets with their ten commands are the enduring symbol of eternal law under the sovereignty of God.

It is worth remembering, of course, that the “ten commandments” are not Ten Commandments. The torah calls them aseret hadevarim (Ex. 34:28), and tradition terms them aseret hadibrot, meaning the “ten words” or “ten utterances”. We can understand this better in the light of documentary discoveries in the twentieth century, especially Hittite covenants or “suzerainty treaties” dating back to 1400-1200 BCE, that is, around the time of Moses and the exodus. These treaties often contained a twofold statement of the laws laid down in the treaty, first in general outline, then in specific detail. That is precisely the relationship between the “ten utterances” and the detailed commands of parshat Mishpatim (Ex. 22-23). The former are the general outline, the basic principles of the law.

Usually they are portrayed, graphically and substantively, as two sets of five, the first dealing with relationships between us and God (including honouring our parents since they like God brought us into being), the second with the relations between us and our fellow humans.

However, it also makes sense to see them as three groups of three. The first three (one God, no other God, do not take God’s name in vain) are about God, the Author and Authority of the laws. The second set (keep Shabbat, honour parents, do not murder) are about createdness. Shabbat reminds us of the birth of the universe. Our parents brought us into being. Murder is forbidden because we are all created in God’s image (Gen. 9:6). The third three (don’t commit adultery, don’t steal, don’t bear false witness) are about the basic institutions of society: the sanctity of marriage, the integrity of private property, and the administration of justice. Lose any of these and freedom begins to crumble.

This structure serves to emphasise what a strange command the tenth is: “Do not be envious of your neighbour’s house. Do not be envious of your neighbour’s wife, his slave, his maid, his ox, his donkey, or anything else that is your neighbour’s.” At least on the surface this is different from all the other rules, which involve speech or action.[1] Envy, covetousness, desiring what someone else has, is an emotion, not a thought, a word or a deed. And surely we can’t help our emotions. They used to be called the “passions”, precisely because we are passive in relation to them. So how can envy be forbidden at all? Surely it only makes sense to command or forbid matters that are within our control. In any case, why should the occasional spasm of envy matter if it does not lead to anything harmful to other people?

Here, it seems to me, the Torah is conveying a series of fundamental truths we forget at our peril. First, as we have been reminded by cognitive behavioural therapy, what we believe affects what we feel.[2] Narcissists, for instance, are quick to take offence because they think other people are talking about or “dissing” (disrespecting) them, whereas often other people aren’t interested in us at all. Their belief is false, but that does not stop them feeling angry and resentful.

Second, envy is one of the prime drivers of violence in society. It is what led Iago to mislead Othello with tragic consequences. Closer to home it is what led Cain to murder Abel. It is what led Abraham and then Isaac to fear for their lives when famine forced them temporarily to leave home. They believe that, married as they are to attractive women, the local ruler will kill them so that they can take their wives into their harem.

Most poignantly, envy lay at the heart of the hatred of the brothers for Joseph. They resented his special treatment at the hands of their father, the richly embroidered cloak he wore, and his dreams of becoming the ruler of them all. That is what led them to contemplate killing him and eventually to sell him as a slave.

Rene Girard, in his classic Violence and the Sacred, says that the most basic cause of violence is mimetic desire, that is, the desire to have what someone else has, which is ultimately the desire to be what someone else is. Envy can lead to breaking many of the other commands: it can move people to adultery, theft, false testimony and even murder.[3]

Jews have especial reason to fear envy. It surely played a part in the existence of anti-semitism throughout the centuries. Non-Jews envied Jews their ability to prosper in adversity – the strange phenomenon we noted in parshat Shemot that “the more they afflicted them the more they grew and the more they spread.” They also and especially envied them their sense of chosenness (despite the fact that virtually every other nation in history has seen itself as chosen[4]). It is absolutely essential that we, as Jews, should conduct ourselves with an extra measure of humility and modesty.

So the prohibition of envy is not odd at all. It is the most basic force undermining the social harmony and order that are the aim of the Ten Commandments as a whole. Not only though do they forbid it; they also help us rise above it. It is precisely the first three commands, reminding us of God’s presence in history and our lives, and the second three, reminding us of our createdness, that help us rise above envy.

We are here because God wanted us to be. We have what God wanted us to have. Why then should we seek what others have? If what matters most in our lives is how we appear in the eyes of God, why should we want anything else merely because someone else has it? It is when we stop defining ourselves in relation to God and start defining ourselves in relation to other people that competition, strife, covetousness and envy enter our minds, and they lead only to unhappiness.

If your new car makes me envious, I may be motivated to buy a more expensive model that I never needed in the first place, which will give me satisfaction for a few days until I discover another neighbour who has an even more costly vehicle, and so it goes. Should I succeed in satisfying my own envy, I will do so only at the cost of provoking yours, in a cycle of conspicuous consumption that has no natural end. Hence the bumper sticker: “He who has the most toys when he dies, wins.” The operative word here is “toys”, for this is the ethic of the kindergarten, and it should have no place in a mature life.

The antidote to envy is gratitude. “Who is rich?” asked Ben Zoma, and replied, “One who rejoices in what he has.” There is a beautiful Jewish practice that, done daily, is life-transforming. The first words we say on waking are Modeh ani lefanekha, “I thank you, living and eternal King.” We thank before we think.

[1]  To be sure, Maimonides held that the first command is to believe in God. Halakhot Gedolot as understood by Nachmanides, however, disagreed and maintained that the verse, “I am the Lord who brought you out of the land of Egypt” is not a command but a prelude to the commands.
[2] This has long been part of Jewish thought. It is at the heart of Chabad philosophy as set out in R. Schneur Zalman of Liadi’s masterpiece, Tanya. Likewise Ibn Ezra in his commentary to this verse says that we only covet what we feel to be within our reach. We do not envy those we know we could never become.
[3] The classic work is Helmut Schoeck, Envy: a Theory of Social Behaviour, New York: Harcourt, Brace & World, 1969. See also Joseph Epstein, Envy, New York: New York Public Library, 2003.
[4] See on this Anthony Smith, Chosen Peoples, Oxford University Press, 2003.