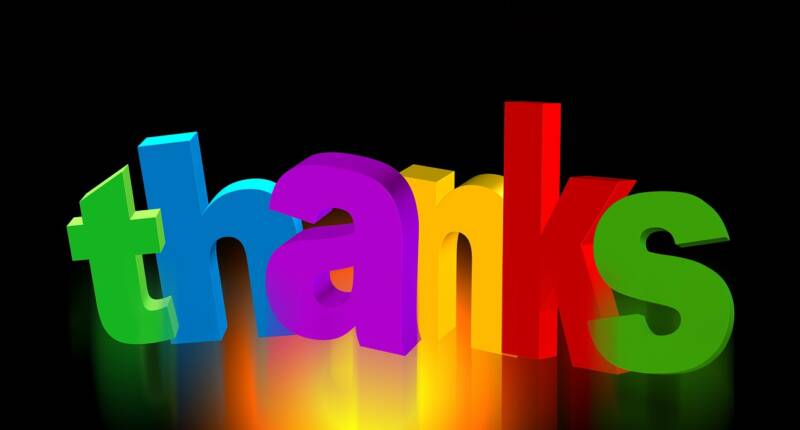 The first words we are taught to say each morning, immediately on waking, are Modeh/modah ani, “I give thanks.” We thank before we think. Note that the normal word order is inverted: Modeh ani, not ani modeh, so that in Hebrew the “thanks” comes before the “I.” Judaism is “gratitude with attitude.” And this, according to recent scientific research, really is a life-enhancing idea.

Though we have been without sacrifices for almost two thousand years, a trace of the thanksgiving offering survives to this day, in the form of the blessing Hagomel: “Who bestows good things on the unworthy”, said in the synagogue, at the time of reading of the Torah, by one who has survived a hazardous situation. This is defined by the Sages (on the basis of Psalm 107), as one who has survived a sea-crossing, or travelled across a desert, or recovered from serious illness, or been released from captivity.[1]

For me, the almost universal instinct to give thanks is one of the signals of transcendence[2] in the human condition. It is not just the pilot we want to thank when we land safely after a hazardous flight; not just the surgeon when we survive an operation; not just the judge or politician when we are released from prison or captivity. It is as if some larger force was operative, as if the hand that moves the pieces on the human chessboard were thinking of us; as if Heaven itself had reached down and come to our aid.

Insurance companies sometimes describe natural catastrophes as “acts of God”. Human emotion tends to do the opposite.[3] God is in the good news, the miraculous deliverance, the escape from catastrophe. That instinct – to offer thanks to a force, a presence, over and above natural circumstances and human intervention – is itself a signal of transcendence. Though not a proof of the existence of God, it is nonetheless an intimation of something deeply spiritual in the human heart. It tells us that we are not random concatenations of selfish genes, blindly reproducing themselves. Our bodies may be products of nature (“dust you are, and to dust you will return”), but there is something within us that reaches out to Someone beyond us: the soul of the universe, the Divine “You” to whom we offer our thanks. That is what was once expressed in the thanksgiving offering, and still is, in the Hagomel prayer.

Not until the early 1990s did a major piece of medical research reveal the dramatic physical effects of thanksgiving. It became known as the Nun Study. Some 700 American nuns, all members of the School Sisters of Notre Dame in the United States, agreed to allow their records to be accessed by a research team investigating the process of ageing and Alzheimer’s Disease. At the start of the study the participants were aged between 75 and 102.[4]

What gave this study its unusual longitudinal scope is that in 1930 the nuns, then in their twenties, had been asked by the Mother Superior to write a brief autobiographical account of their life and their reasons for entering the convent. These documents were analysed by the researchers using a specially devised coding system to register, among other things, positive and negative emotions. By annually assessing the nuns’ current state of health, the researchers were able to test whether their emotional state in 1930 had an effect on their health some sixty years later. Because they had all lived a very similar lifestyle during these six decades, they formed an ideal group for testing hypotheses about the relationship between emotional attitudes and health.

The results, published in 2001, were startling.[5] The more positive emotions – contentment, gratitude, happiness, love and hope – the nuns expressed in their autobiographical notes, the more likely they were to be alive and well sixty years later. The difference was as much as seven years in life expectancy. So remarkable was this finding that it has led, since then, to a new field of gratitude research, as well as a deepening understanding of the impact of emotions on physical health.

Since the publication of the Nun Study and the flurry of further research it inspired, we now know of the multiple effects of developing an attitude of gratitude. It improves physical health and immunity against disease. Grateful people are more likely to take regular exercise and go for regular medical check-ups. Thankfulness reduces toxic emotions such as resentment, frustration and regret and makes depression less likely. It helps people avoid over-reacting to negative experiences by seeking revenge. It even tends to make people sleep better. It enhances self-respect, making it less likely that you will envy others for their achievements or success. Grateful people tend to have better relationships. Saying “thank you” enhances friendships and elicits better performance from employees. It is also a major factor in strengthening resilience. One study of Vietnam War Veterans found that those with higher levels of gratitude suffered lower incidence of Post-Traumatic Stress Disorder. Remembering the many things we have to be thankful for helps us survive painful experiences, from losing a job to bereavement.[6]

Jewish prayer is an ongoing seminar in gratitude. Birkot ha-Shachar, ‘the Dawn Blessings’ said at the start of morning prayers each day, are a litany of thanksgiving for life itself: the human body, the physical world, land to stand on and eyes to see with.

Gratitude also lies behind a fascinating feature of the Amidah. When the leader of prayer repeats the Amidah aloud, we are silent other than for the responses of Kedushah, and saying Amen after each blessing, with one exception. When the leader says the words Modim anachnu lakh, “We give thanks to You,” the congregation says a parallel passage known as Modim de-Rabbanan. For every other blessing of the Amidah, it is sufficient to assent to the words of the leader by saying Amen. The one exception is Modim, “We give thanks.” Rabbi Elijah Spira (1660–1712) in his work Eliyahu Rabbah,[7] explains that when it comes to saying thank you, we cannot delegate this away to someone else to do it on our behalf. Thanks has to come directly from us.

Hence the transformative idea: giving thanks is beneficial to the body and the soul. It contributes to both happiness and health. It is also a self-fulfilling attitude: the more we celebrate the good, the more good we discover that is worthy of celebration.

This is neither easy nor natural. We are genetically predisposed to pay more attention to the bad than the good.[8] For sound biological reasons, we are hyper-alert to potential threats and dangers. It takes focussed attention to become aware of how much we have to be grateful for. That, in different ways, is the logic of prayer, of making blessings, of Shabbat, and many other elements of Jewish life.

It is also embedded in our collective name. The word Modeh, “I give thanks,” comes from the same root as Yehudi, meaning “Jew.” We acquired this name from Jacob’s fourth son, named by his mother Leah who, at his birth said, “This time I will thank God” (Gen. 29:35). Jewishness is thankfulness: not the most obvious definition of Jewish identity, but by far the most life-enhancing.

[1] Brachot 54b.
[2] On this idea, see Peter Berger, A Rumor of Angels, New York, Doubleday, 1990.
[3] Not always, of course. There was a memorable episode of The Simpsons in which Bart Simpson, before beginning his Thanksgiving meal, turns to heaven and says in place of grace, “We paid for all this stuff ourselves, so thanks for nothing.”
[4] See Robert Emmons, Thanks!: How the New Science of Gratitude Can Make You Happier, Boston: Houghton Mifflin, 2007.
[5] Danner, Deborah D., David A. Snowdon, and Wallace V. Friesen. “Positive Emotions in Early Life and Longevity: Findings from the Nun Study.”Journal of Personality and Social Psychology  80.5 (2001): 804-13.
[6] Much of the material in this paragraph is to be found in articles published in Greater Good: The Science of a Meaningful Life @ http://greatergood.berkeley.edu. See also Sonja Lyubomirsky, The How of Happiness, Sphere, 2007, 87-124.
[7] Eliyahu Rabbah, Orach Chayyim 127:1.
[8] The classic study of this is Roy Baumeister and others, “Bad is stronger than good,”  Review of General Psychology, vol. 5, no. 4, 2001, pp. 323–370.

The more you celebrate the good, the more good you discover that is worthy of celebration.