Books are the bringers of life and enlightenment 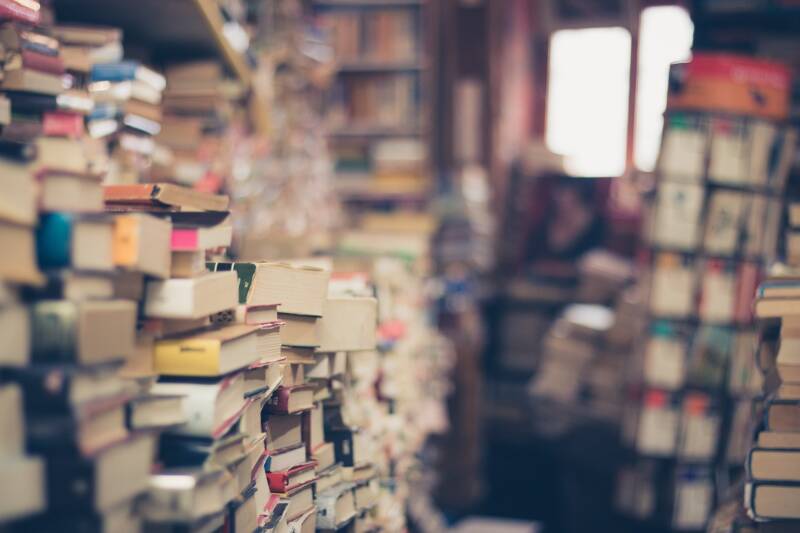 One year, when David Blunkett was Secretary of State for Education, he mentioned that he was dedicating the coming school year to a campaign for literacy. Did I have, he asked, a Jewish saying about literacy? I replied that the start of the academic year almost always coincides with the Jewish High Holy Days, the New Year and the Day of Atonement. For the whole of that time we pray to God to “write us in the Book of Life.” When Jews think of life, I said, they think of a book. For us, to read is to live.

So I was struck by Caitlin Moran’s powerful plea in August for local libraries to be spared in the programme of government cuts. Libraries, she said, are “cathedrals of the mind; hospitals of the soul; theme parks of the imagination. On a cold, rainy island, they are the only sheltered public spaces where you are not a consumer, but a citizen instead. A human with a brain and a heart and a desire to be uplifted, rather than a customer with a credit card.”

How true and beautifully said. It is impossible to exaggerate the extent to which Jews are – the phrase comes from the Koran – a “people of the book.” I have argued that Judaism took the form it did because of one of the great revolutions in information technology, the invention of the alphabet as opposed to the sign-based systems of Mesopotamian cuneiform and Egyptian hieroglyphics.

To understand those systems you had to memorise hundreds of symbols, which meant that only a minority could do so. The result was literate elites and hierarchical societies. The first alphabet, Proto-Semitic, which appeared in the Sinai desert some thirty-eight centuries ago, had little more than twenty symbols. For the first time the possibility was born of a society of universal literacy. That is what Isaiah meant when he said, “All your children will be learned of the Lord and great will be the peace of your children.”

From the beginning, Judaism became a religion in which education was the fundamental act. Teach your children, says Moses time and again. “Teach them”, says our holiest prayer, the Shema, “when you are sitting at home or travelling on a journey, when you lie down and when you rise up.” The Talmud holds study as a religious act higher even than prayer.

Somehow that reverence transferred itself to books in general. Descartes said, I think therefore I am. Jews said, I learn therefore I am. That reverence for study stayed with Jews however estranged from religion they became. Sergey Brin, co-founder of Google, once said about himself that he came “from one of those Russian Jewish families where they expected even the plumber to have a Ph. D.”

So I resonated to Caitlin Moran’s description of books as gateways – “each book-lid opened was as exciting as Alice putting her gold key in the door.” A great book is a life-enlarging journey of the mind. That is an idea we must never lose. Libraries are an essential element of a good society. They democratise knowledge, giving us all equal access to the heritage of humankind. There are many kinds of poverty we should try to eliminate, but I wonder whether intellectual impoverishment may not be the deepest and most debilitating of all.

John Donne wrote that “All mankind is of one author, and is one volume.” He related this to death: “When one man dies, one chapter is not torn out of the book, but translated into a better language.” In Judaism, we prefer to think about life. We are each a letter in God’s book. Like a letter we have no meaning on our own, but joined to others in families, communities and nations we form sentences and paragraphs and become part of God’s story.

Isaac Bashevis Singer once said: God is a writer and we are His co-authors. So at this holy time of the year we pray to be written into God’s Book of Life. May we never lose our love of books or of life.