Covid Puts the ‘I’ in the High Holy Days 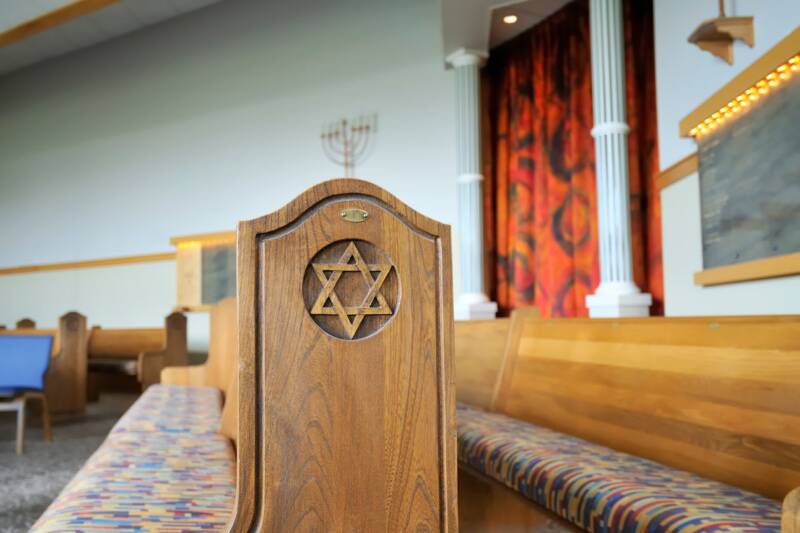 The article was first published in The Wall Street Journal on 17th September 2020.

This year the Jewish High Holy Days will be like no other. Usually the synagogue is packed on Rosh Hashanah and Yom Kippur, with a buzz of noise that is not all prayer. The haunting call of the shofar, or ram’s horn, summons Jews to judgment. On Yom Kippur, the Day of Atonement, we are on trial—giving an account of our lives, confessing our sins endlessly, going through every letter of the alphabet, including not a few offences many of us wouldn’t have had the time, energy or inclination to commit. It is powerful, purgative, and ultimately purifying. We need this annual reset of our lives.

The sense of closeness and intimacy that comes with the crowd makes these days what they are: “The glory of the king is in the multitude of people.” Yet that won’t be present this year. Almost everywhere, prayers won’t be like that at all. Some synagogues’ doors will remain closed. Others will have social distancing, face masks, restrictions on communal singing, and other necessary precautions that restrict the number of people present and their proximity to one another. For a community-minded faith like Judaism, this almost feels like an amputation. The services are bound to feel hollow and lacking in atmosphere. This isn’t how the Days of Awe are supposed to be.

In this respect, Judaism has much in common with other faiths. Christians, Muslims, Hindus, Sikhs and others have had to cancel or restrict public prayer when believers needed it most. All religious leaders have struggled to provide the comfort of faith, the uplift of prayer and the solace of sacred space. Yet Judaism, like other faiths, has proved creative in finding alternative ways to create moments of inspiration.

One example this year was Passover in Jerusalem. It is a festival made by the interaction of the generations, the young asking the questions and the elderly giving the answers. When people realised that grandparents and grandchildren weren’t going to be able to sit around the same table, they organised. At a certain point in the evening, thousands in Jerusalem took to their balconies. The young could ask and the elderly answer, and the whole of Jewish Jerusalem became an extended family.

But this year the High Holy Days—when we reflect on the direction of our lives—ought to provoke reflection about the direction of society too. The past few months have revealed, especially in Britain and America, deep social fissures. A momentous task of mending lays ahead. Is it an accident that countries with the most individualistic cultures in the world proved to be among the worst at dealing with the pandemic’s challenges?

In “Morality,” a book I completed as the lockdowns began, I argue that a free society is a moral achievement. Paradoxically, a society is strong when it cares for the weak, rich when it cares for the poor, and invulnerable when it takes care of the vulnerable. Historically, the only ultimate guarantor of these conditions is a belief in Someone greater than this time and place, greater than all time and place. He guides humanity in the path of righteousness, and sees all, urging people to see the world as his work and human beings as his image—and therefore to care for both.

These ideas were self-evident to the people who, in the 17th and 18th centuries, laid the foundations of today’s free societies: John Milton, John Locke, the signatories to the Mayflower Compact, John Winthrop aboard the Arbella, George Washington and Thomas Jefferson. As Alexis de Tocqueville put it, “Liberty cannot be established without morality, nor morality without faith.”

Future historians will look back on this time and wonder how it came to be that Britain and America, the two greatest defenders of liberty in the 20th century, subsequently abandoned the foundational belief that society is held together by a covenant that commits everyone to collective responsibility for the common good. In its place, they substituted one of the most absurd ideas ever entertained by intelligent minds, that morality is whatever anyone chooses it to be.

The “I” won over the “we.” Self-interest triumphed over the common good. The result couldn’t be other than what it is: good for the winners, very bad for the losers, disastrous for families, ruinous for communities, and disintegrative of a sense of shared belonging that transcends economic and political differences. No wonder society has fissured.

Nothing shows this better than the sight of the synagogue without its crowds, in which everyone is distant from the other: a place of multiple “I”s without a connected “we.” Now imagine if we could come together as a society in a High Holy Days’ kind of self-reckoning. We would find in our social lives as in our private ones: There is much to mend.