A Thought for Shavuot 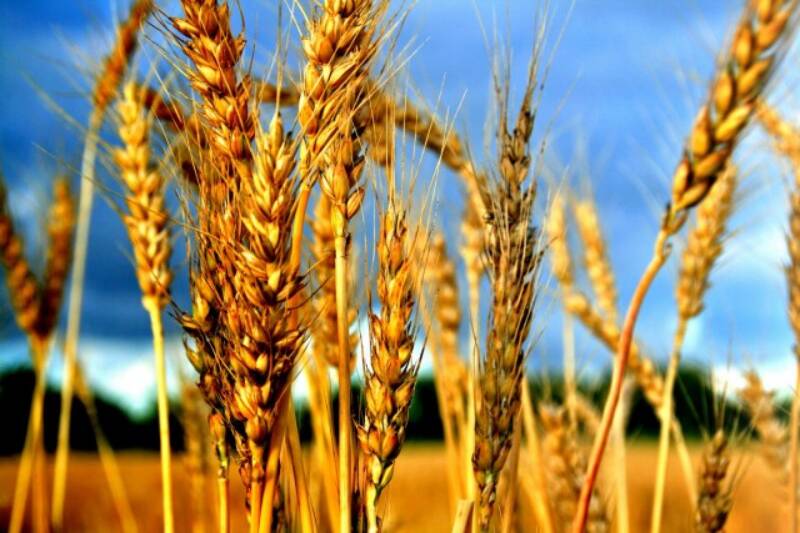 The festival of Shavuot is a mystery wrapped in an enigma. Here is how Shavuot is described and defined in parshat Emor:

From the day after the Sabbath, the day you brought the sheaf of the wave offering, count off seven full weeks. Count off fifty days up to the day after the seventh Sabbath, and then present an offering of new grain to the Lord . . . On that same day you are to proclaim a sacred assembly and do no regular work. This is to be a lasting ordinance for the generations to come, wherever you live.

These are the difficulties. In the first place, Shavuot, “the feast of weeks”, is given no calendrical date: all the other festivals are. Pesach, for example is “on the fifteenth day” of the “first month”. Shavuot has no such date. It is calculated on the basis of counting “seven full weeks” from a particular starting time, not by noting a date in the year.

Secondly, as long as the New Moon was determined on the basis of eyewitness testimony (i.e. until the fourth century of the Common Era), Shavuot could have no fixed date. In the Jewish calendar a month can be long (30 days) or short (29). If Nissan and Iyar were both long months, Shavuot would fall on 5 Sivan. If both were short, it would fall on 7 Sivan. And if one were long and the other short, it would fall on 6 Sivan. Unlike other festivals, Shavuot is (or was) a moveable feast.

Thirdly, the point at which the counting of days and weeks begins is signalled in a profoundly ambiguous phrase: “From the day after the Sabbath”. But which Sabbath? And what is the reference to a Sabbath doing here at all? The previous passage has talked about Pesach, not the Sabbath. This led to one of the great controversies in Second Temple Judaism. The Pharisees, who believed in the Oral Law as well as the Written one understood “the Sabbath” to mean, here, the first day of Pesach (15 Nissan). The Sadducees, who believed in the Written Law only, took the text literally. The day after the Sabbath is Sunday. Thus the count always begins on a Sunday, and Shavuot, fifty days later, also always falls on a Sunday.

The fourth mystery, though, is the deepest: what is Shavuot about? What does it commemorate? About Pesach and Succot, we have no doubt. Pesach is a commemoration of the exodus. Succot is a reminder of the forty years in the wilderness. As our sedra says: “Live in booths for seven days: All native-born Israelites are to live in booths so your descendants will know that I had the Israelites live in booths when I brought them out of Egypt. I am the Lord your God.”

In the case of Shavuot, all the Torah says is that it is the “Feast of the Harvest”, and the “Day of First-fruits”. These are agricultural descriptions, not historical ones. Pesach and Succot have both: an agricultural aspect (spring/autumn) and a historical one (exodus/wilderness). This is not a marginal phenomenon, but of the essence. Other religions of the ancient world celebrated seasons. They recognised cyclical time. Only Israel observed historical time – time as a journey, a story, an evolving narrative. The historical dimension of the Jewish festivals was unique. All the more, then, is it strange that Shavuot is not biblically linked to a historical event.

Jewish tradition identified Shavuot as “the time of the giving of the Torah”, the anniversary of the Divine revelation at Sinai when the Israelites heard the voice of God and made a covenant with Him. But that connection is not made in the Torah itself. To be sure, the Torah says that “In the third month after the Israelites had gone forth from the land of Egypt, on that very day, they entered the wilderness of Sinai” (Ex. 19:1), and Shavuot is the only festival in the third month. So the connection is implicit; but it is not explicit. For this, as for the festival’s date, we need the Oral tradition.

There is a fascinating episode recorded in the Rabbinic literature (Menachot 65a) in which a Sadducee explains to R. Yochanan ben Zakkai why, according to them, Shavuot is always on a Sunday: “Moses our teacher was a great lover of Israel. Knowing that Shavuot lasted only one day, he therefore fixed it on the day after the Sabbath so that Israel might enjoy themselves for two successive days.” Shavuot gave the Israelites a long weekend!

From this starting point we can begin to speculate what Shavuot might have meant for the Sadducees. The late Louis Finkelstein argued that they were landowners and farmers. In general, they were wealthier than the Pharisees, and more closely attached to the State and its institutions: the Temple and the political elite. They were as near as Judaism came to a governing class.

For farmers the agricultural significance of Shavuot would have been clear and primary. It was “the festival of the harvest, of the firstfruits of your work, of what you sow in the field” (Ex. 23: 16). It came at the end of a seven-week process that began with the bringing of the Omer – “a sheaf of the first grain of your harvest” (Lev. 23: 10), i.e. the first of the barley crop. This was the busy time of gathering in the grain (this is the setting of the Book of Ruth, and one of the reasons why we read it on Shavuot). Farmers would have a specific reason to give thanks to God who “brings forth bread from the ground”. They would also, by the end of harvesting, be exhausted. Hence the Sadducee’s remark about needing a long weekend.

We can now see the outline of a possible Sadducean argument. Pesach represents the beginning of the Israelites’ journey to freedom. Succot recalls the forty years of wandering in the desert. But where in the Jewish year do we recall and celebrate the end of the journey: the entry into the promised land? When, in fact, did it take place? The Book of Joshua (5: 10-12) states:

On the evening of the fourteenth day of the month, while camped at Gilgal on the plains of Jericho, the Israelites celebrated the Passover. The day after the Passover, that very day, they ate some of the produce of the land: unleavened bread and roasted grain. The manna stopped the day after they ate this food from the land; there was no longer any manna for the Israelites, but that year they ate of the produce of Canaan.

It is this text that Maimonides takes as proof that “the day after the Sabbath” in fact means, as the text states here, “the day after the Passover”. Seen through Sadducean eyes, however, this text might have held a quite different significance. The Omer recalls the day the Israelites first ate the produce of the promised land. It was the end of the wilderness years – the day they stopped eating manna (“bread from heaven” – Exodus 16: 4) and started eating bread from the land to which they had been traveling for forty years.

The reason Shavuot is given only agricultural, not historical, content in the Torah is that in this case agriculture was history. The fifty day count from the first time they ate food grown in Israel to the end of the grain harvest represents the end of the journey of which Pesach was the beginning and Succot the middle. Shavuot is a festival of the land and its produce because it commemorates the entry into the land in the days of Joshua. So the Sadducees may have argued. It was Israel’s first Yom ha-Atzma’ut, Independence Day. It was the festival of entry into the promised land.

It is, perhaps, not surprising that after the destruction of the Second Temple, the Sadducees rapidly disappeared. How do you celebrate a festival of the land when you have lost the land? How do you predicate your religious identity on the State and its institutions (Temple, priests, kings) when you have lost those institutions? Only a movement (the Pharisees) and a festival (Shavuot) based on the giving of the Torah, could survive. For the Torah was not completely dependent on the land. It had been given “in the wilderness”. It applied anywhere and everywhere.

To be sure, the Pharisees, no less than the Sadducees, loved the land. They knew the Torah in its entirety could only be kept there. They longed for it, prayed for it, lived there whenever they could. But even in exile, they still had the Torah and the promise it contained that one day Jews would return, and recover their sovereignty, and rebuild what they had lost.

The argument about Shavuot turned out to be fateful for Jewish history. Those who celebrated it as “the time of the giving of the Torah” ensured Jewish survival through nearly 20 centuries of exile and dispersion. And we, who live in the era of the return, can rejoice in a double celebration: of the Torah and the land.