Faith in God after the Holocaust may be hard; but faith in humanity is harder still 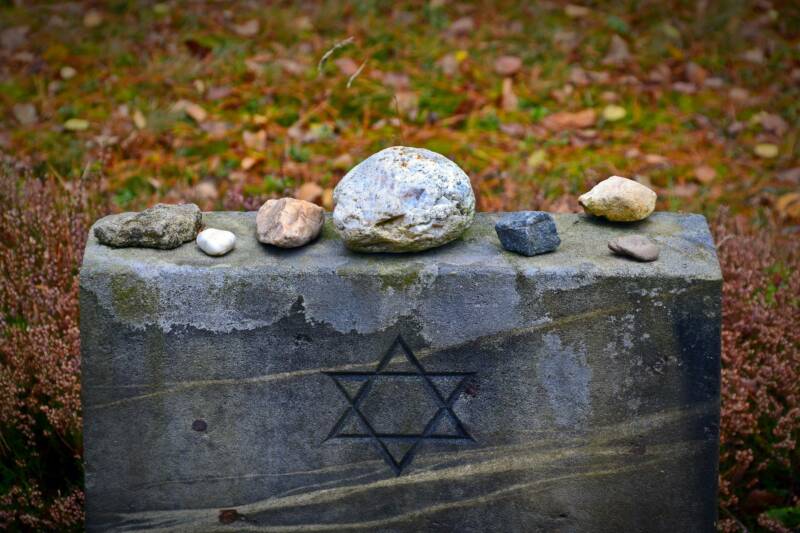 Today is National Holocaust Memorial Day, and this year the focus will be on one small group of people in the Warsaw Ghetto and the astonishing task they took on themselves for the sake of future generations.

The Warsaw Ghetto into which hundreds of thousands of Jews were herded was not some remote spot far from public gaze. It was near the centre of one of Europe’s capital cities. There, 100,000 Jews died of starvation and disease. 270,000 were taken in cattle-trucks to Treblinka and other camps to be gassed, burned, and turned to ash. Eventually, in April 1943, the Nazis gave the order that everyone left should be killed and it was there that the ghetto inhabitants mounted an extraordinary act of resistance, keeping the German army at bay for five weeks until they were overcome.

But by then a quite different act of resistance had taken place, and it’s this we’re going to remember this year. It was the brainchild of a Jewish historian, Emanuel Ringelblum, who realised that the Nazis were unlike any previous group bent on conquest. All others had preserved a record of their victories for posterity. But the Germans were intent on obliterating or falsifying every trace of their mass exterminations, of Roma, Sinti, homosexuals, the mentally and physically disabled, and the Jews. Ringelblum understood that they were preparing a systematic denial of the Holocaust at the very time it was taking place.

So, in the ghetto, he brought together a group of academics, teachers, journalists, religious leaders, artists, and the young, to gather testimonies from people in the ghetto, so that the world would one day know what happened. Unbelievably they gathered 35,000 documents, stories, letters, poems, and records. They hid them in tin boxes and milk churns where they lay for years until the handful of survivors led the way to their location.

What an astonishing act of faith: that evil would ultimately be defeated, that the documents would be found and not destroyed, and that truth would win out in the end. Faith in God after the Holocaust may be hard; but faith in humanity is harder still, knowing the evil people to do one another, and the hate that lies dormant but never dead in the human heart.

Ringelblum and his friends had faith in humanity, and they left us a legacy of hope preserved intact in the very heart of darkness. In our still tense and troubled age, may we be worthy of that faith, that hope.