The Hate that Starts with Jews Never Ends There 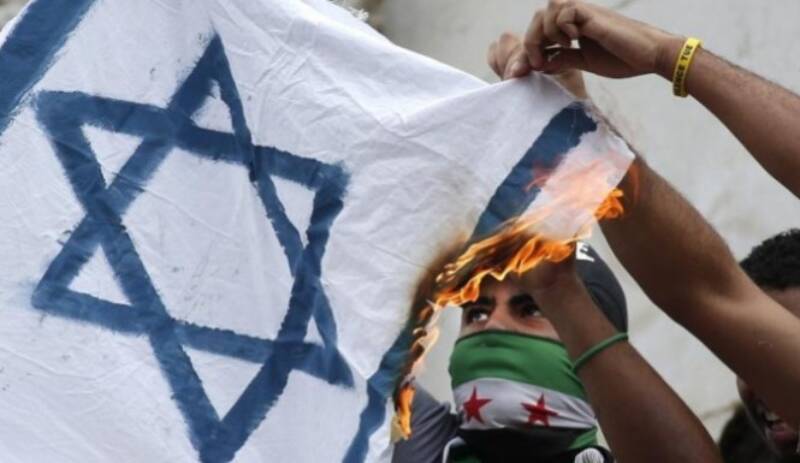 Article published in The Times on 16th August 2014

The novelist Rebecca West once said that Jews, having suffered so much, had an “unsurprisable soul”, In 2000 our daughter, then a university student, attended an anti-globalisation rally in London that turned into a tirade against America, then Israel and finally Jews. “Dad, they hate us,” she said through her tears. Hearing those words in Britain in the 21st century showed me that I had a surprisable soul.

Jews in Europe have been shaken these past few weeks by the virulence of the demonstrations about the war in Gaza that also turned into something older and darker. More than a century after the Dreyfus trial the cry of “death to the Jews” has been heard again in the streets of Paris. Seventy years after the Holocaust, “gas the Jews” has been heard again in Germany. In Britain last month antisemitic incidents were at almost their highest level in 30 years. These are danger signals not just for Jews but for Europe.

After our daughter’s experience I saw events move rapidly. In August 2001 at the UN international conference against racism in Durban, Israel was accused by NGOs of the five cardinal sins against human rights: racism, apartheid, ethnic cleansing, attempted genocide and crimes against humanity. A new blood libel was born. Days later came 9/11, and almost immediately an opinion poll found that 40 per cent of Pakistanis believed it was carried out by Mossad, Israel’s secret service.

In April 2002 our family was in Italy celebrating Passover, which usually falls close to Easter. In Israel a group of Palestinian terrorists had taken refuge in the Church of the Nativity in Bethlehem. The Israeli army, not wishing to enter a house of worship, stationed soldiers outside to wait until the terrorists emerged. It took several weeks. One day we opened the Italian newspaper La Stampa and saw a cartoon of the infant Jesus in a crib with an Israeli tank pointing at the child. The caption read: “Surely they don’t want to kill me again?!”

Weeks later the Catholic Herald in Britain published an apology about its reporting of the event. Initially it had criticised the Israelis. However, once the terrorists had left, Christians returned to the church to discover they had torn up bibles, stolen all religious artefacts of value and hidden 40 bombs, some booby-trapped, to kill or injure those who had given them refuge. The paper admitted that it had misjudged the situation.

It has been this rush to judgment, the assumption that if people are killed it is Israel’s fault, that convinces many of us that something other than the normal passions of politics is at work. In the 12 years since, the situation has become steadily worse. Criticism of Israel is not antisemitism, but demonisation is.

This matters because antisemitism is not really about Jews. It is about how societies treat the Other, the one-not-like-us. For more than 1,000 years Jews were the most conspicuous non-Christian presence in Europe. Today they are the most prominent non-Muslim presence in the Middle East. Jews were hated because they were different. But it is our difference that constitutes our humanity. Because none of us is the same as another, each of us is irreplaceable. A nation that has no room for difference has no room for humanity.

The hate that begins with Jews never ends with Jews. It was not Jews alone who suffered under Hitler and Stalin, nor is it Jews alone suffering from the ruthless pursuit of power that today masquerades as religion. Christians are under assault in more than a hundred countries: put to flight in Syria, driven out of Mosul, removed from Afghanistan, butchered, beheaded and terrorised elsewhere. Hundreds of Muslims are dying daily, 90 per cent at the hands of fellow Muslims. Bahais, Buddhists, Hindus and Sikhs have all suffered their own tragedies. Yazidis are on the brink of the abyss. The world is awash with hate across religious divides.

The West misread the 21st century. This is not an age of secular ideologies. It is an era of desecularisation. Our greatest challenge is not political or economic or military. It is in the deepest sense spiritual. No one expected this and we have not been equal to it. What rescued Europe from its last age of religious wars, in the 17th century, was not weapons but ideas: those of Milton, Hobbes, Spinoza and Locke that laid the foundations for religious liberty and the free society. Thus far the 21st century has been marked by an unprecedented series of new technologies, but no new ideas.

That is the challenge of our time and it will take a generation. First, we must stand together in defence of religious liberty and the scandalously neglected Article 18 of the UN universal declaration of human rights. People have the right to practise their faith, or lack of it, without fear. But without determined action on the part of the West it will not happen.

Second, we need a commitment by leaders of all the great faiths to work to ensure the rights of religious minorities in every part of the world where they have an influence. None of us will win if we work alone: not Jews, not Christians, not Muslims. The victim cannot cure the crime.

There is serious spiritual work to be done. The 17th century curbed religious conflict by depriving faith of power. That does not work in an age where religious extremists are seizing power. Here we need theological courage. The historic danger in monotheism has been the willingness of believers to divide humanity into the redeemed against the infidel.

To guard against this, Genesis 1, common to Judaism, Christianity and Islam, says that every human being, regardless of colour, class or creed, is in the image of God. Our shared humanity takes precedence over our religious differences. Until we are prepared to take this seriously, people will continue to kill in the name of the God of life and practice cruelty in the name of the God of compassion. And God himself will weep.