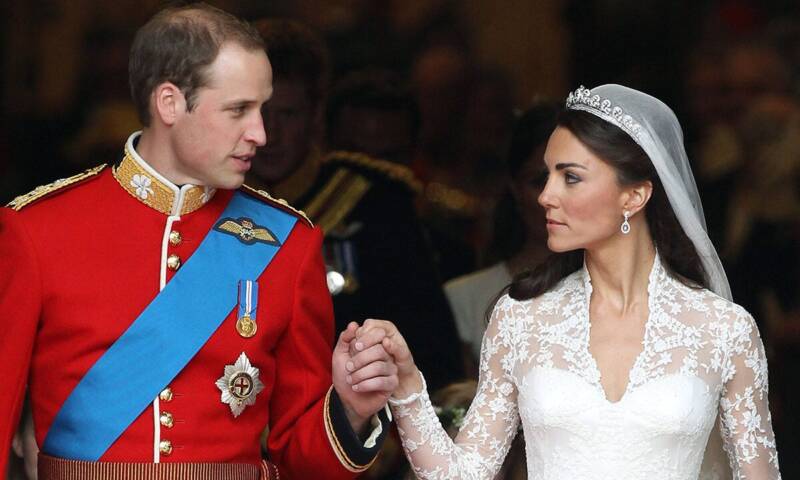 Well, it’s finally arrived, the royal wedding that’s captured the imagination not just of Britain but of much of the world. I’ve just come back from a week in America, and there wasn’t a day without a blizzard of stories about Prince William and Catherine, almost as if 1776 and the Declaration of Independence hadn’t happened at all. Somehow their joy has been contagious; their manner exactly right for our time, relaxed, informal, their acclaim lightly worn, as if it really didn’t matter that two billion people will be watching, making it the most viewed ceremony in history.

That is Britain and royalty at its best, the glittering scene and elaborate ceremonial serving as the setting for something universal that transcends the boundaries of custom and culture: the simple moving sight of two people pledging themselves to one another in a bond of loyalty and love, setting out on a journey together to that undiscovered country called the future, knowing, in the words of the psalm, that “I will fear no evil for you are with me.”

Since the dawn of civilisation, marriage has been more than the private agreement of two people. It’s been a moment of collective and communal celebration often invested with the solemnity of a religious ritual. And there are few ideas in the history of faith more beautiful than the prophetic insight that the love of husband and wife is as close as we will get to understanding the love of God for humanity.

“Though the mountains be shaken,” said Isaiah, “and the hills be removed, My love for you will not be shaken nor My covenant of peace be removed.” Those were the blessings I had in mind when I officiated at the weddings of my children, as I wished them mazal tov. And they’re the blessings we would surely wish Prince William and Catherine today.

For there is something sacred about the joy we feel at a wedding, as we sense the power of love to bathe human beings in its radiance and make gentle the life of this world. Love, like faith, is the redemption of solitude, the slender bridge joining soul to soul, inspiring us to deeds of selflessness and sacrifice. May God bless Prince William and Catherine, and may they be a blessing, to one another and to us all.