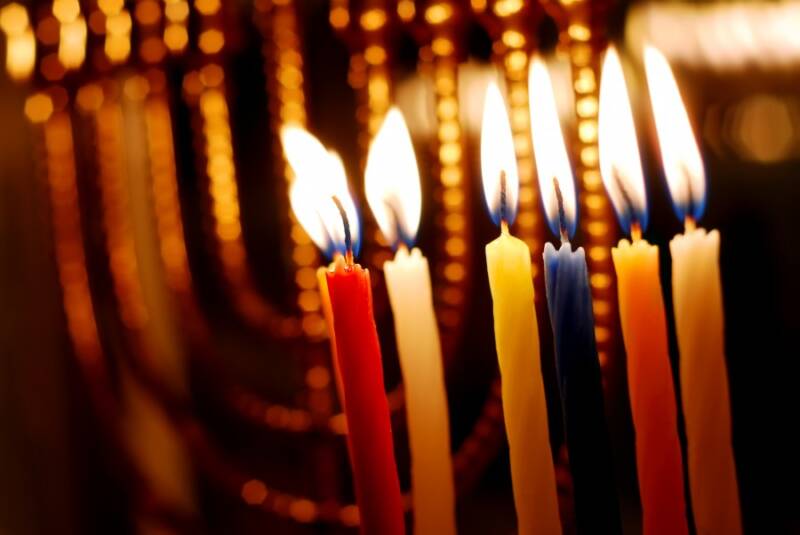 Last night we lit candles on the first of the eight days of the Jewish festival of Chanukah. And I found myself recalling a very moving moment almost twenty years ago when I lit Chanukah candles with Mikhail Gorbachev, last President of the USSR, the former Soviet Union.

It was only after we’d completed the ceremony that he asked, through his interpreter, what was the significance of what we’d just done. So I told him the story of how, two centuries before the birth of Christianity, Jews in the land of Israel had been deprived of their religious rights.

Israel had come under Greek rule at the time of Alexander the Great, and eventually a somewhat tyrannical leader, Antiochus IV, based in Syria, had banned the public practise of many of Judaism’s key rituals on pain of death.

Under the inspiration of an elderly priest, Mattityahu, a group of Jews fought for their freedom and won, regaining control of Jerusalem, cleansing the defiled Temple and relighting the Menorah, the great candelabrum. And we’ve lit lights ever since on the anniversary of that rededication.

And then I went on and said: For seventy years under communist rule the Jews of the Soviet Union lost the freedom to practise their faith. And it was under Mikhail Gorbachev himself and his policy of glasnost that that freedom was restored. So in a sense he was part of the story of Chanukah more than 2000 years later.

And as the interpreter translated those words, Gorbachev actually blushed. I’m not sure anyone had put his political achievements in that kind of historical context.

But the battle for religious freedom still continues today. In many parts of the world Jews, Christians and Muslims, Hindus, Buddhists, Sikhs and others are still persecuted because of their faith; still threatened because of the way they worship God.

And still that simple symbolism of candle lighting shared by so many faiths, not just Jews on Chanukah but Christians at prayer, Hindus and Sikhs at Diwali, reminds us of the power of the human spirit, sustained by memory and hope, to shed light in the midst of darkness and to move us beyond the fear that leads to repression in the first place.

For my flame does not threaten yours nor does yours diminish mine, and each time someone lights one, whatever his or her faith, the world becomes a little brighter for all of us. That’s why religious freedom matters and why religious diversity enlarges us all.