Rosh Hashanah and the Robots 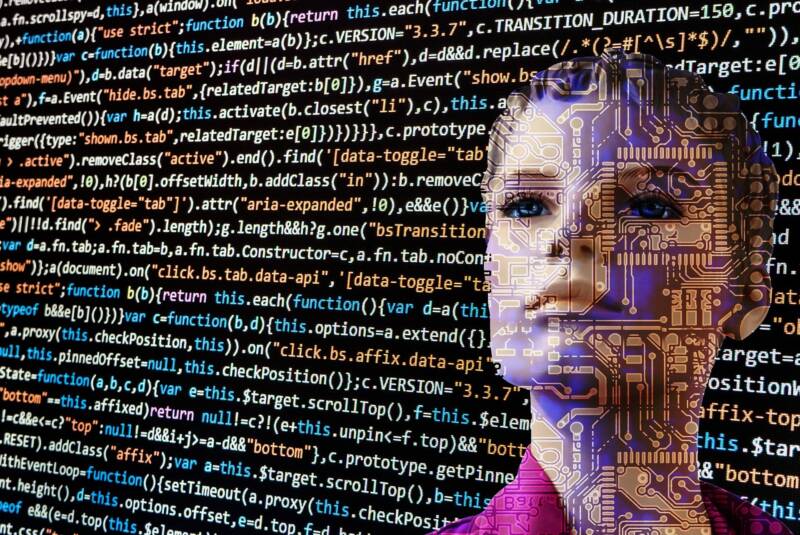 Rosh Hashanah, the Jewish New Year, begins on 2nd October at sundown with the sounding of the shofar, the ram’s horn. It culminates 10 days later at the end of Yom Kippur, the Day of Atonement. These are the Days of Awe, a period of intense prayer and introspection. We reflect on our lives, seek forgiveness for the wrong we have done and ask to be written in the Book of Life.

Rosh Hashanah usually interests Jews. But recently I’ve begun to think its message is far broader. The day is celebrated as the anniversary of creation. Some rabbis from the Talmudic age said it is the anniversary of the day when God spoke the most influential sentence in history: “Let us make humans in our image according to our likeness.”

Americans understand this better than most, thanks in part to the Declaration of Independence: “We hold these truths to be self-evident, that all men are created equal, that they are endowed by their Creator with certain unalienable Rights.”

Yet these truths are anything but self-evident. They would have sounded absurd to Plato, who believed that everyone in the Republic should be taught that humans come in three kinds: gold, silver and bronze. They also would have been incomprehensible to Aristotle, because he held that some are born free and others are born to be slaves. Totalitarianism, and Soviet Communism especially, threatened the human dignity and freedom that in the U.S. always had a religious basis.

Now a new danger to humanity has appeared on the horizon: artificial intelligence. In 2013, documentary filmmaker James Barrat warned of the rise of artificial general intelligence—that is, robots that are all-around smarter than humans—in his book “Our Final Invention.” In the struggle for survival that has marked life since its inception, Mr. Barrat argues, humans will for the first time face a competitor that can outthink them at every stage. He predicts that Earth may be nearing the end of the human era.

The futurist Martin Ford wrote last year in “The Rise of the Robots” that humanity has hardly begun to realize how far humans will be displaced from the world of work. Robots have so far only taken over relatively mindless tasks, such as some of those in manufacturing. Soon more professions will be hit. Driverless cars and trucks will put millions out of work, while innovations like medicine without doctors will kill opportunities for even the most highly skilled workers. Fewer and fewer humans will be needed to run the world, and they will have enormous power over the rest.

Most somber is the Israeli historian Yuval Harari, whose “Homo Deus” will be published in the U.S. early next year. He believes that while the ancients worshiped God and moderns were devoted to the feelings of the heart, big data will rule the future. Google, Amazon and Facebook already know us better than we know ourselves. People will eventually turn to them for advice not only on what to buy but on what to be. Humans will have become strings of genomes, little more than super-algorithms.

These writers believe that humanity faces a unique challenge. In one sense they are right: The powers being unleashed have no precedent. But the problems they diagnose are also as old as civilization. Every new technology creates new centers of power that initially benefit the few at the cost of the many. Think of the mass enslavements that went with the building of pyramids or the conquests of empires.

The Hebrew Bible was revolutionary in its understanding not only of God but also of humanity. Finding God, singular and alone, the first monotheists discovered the infinite value of the human person. It is this insight—that every human is in God’s image regardless of color, culture or class—that must take precedence in human economies, societies and states.

Messrs. Barrat, Ford and Harari are paraphrasing for the 21st century what the book of Psalms had to say, millennia ago, about people who worship the work of their hands: “Their idols are silver and gold, the work of human’s hands.” When technology becomes idolatry it ceases to be life-enhancing and becomes soul-destroying. The moment humans value things, however intelligent, over people, they embark on the road to ruin.

The two dangers of the 21st century could not be less alike: super-intelligent computers and highly barbaric radical Islamists. They will be defeated only by an insistence on the dignity of the human person and the sanctity of human life. That is the message of Rosh Hashanah—not only to Jews but to the world.