The Flame of Jewish Learning that Keeps the Jewish People Alive

In this article, originally published in the Jewish Chronicle, Rabbi Sacks explains why it is feats of study, not arms, that we celebrate on Chanukah 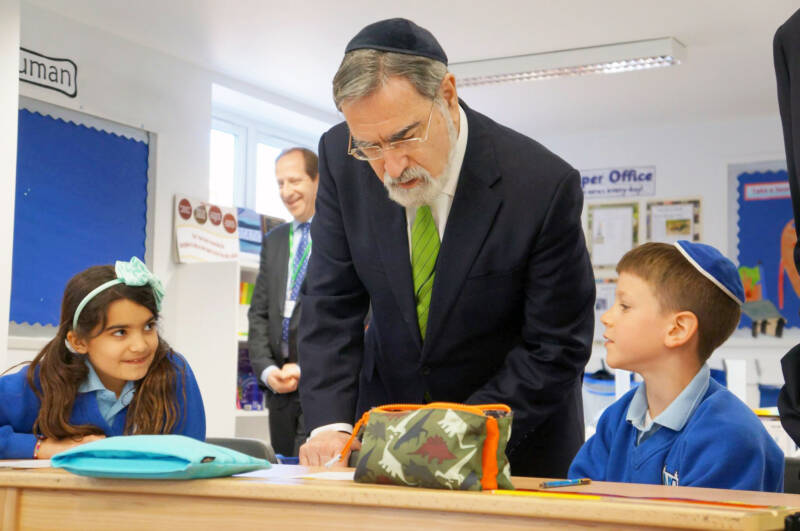 Too often, debates about Jewish identity and continuity take place in an intellectual void, as if we had no history. The reverse ought to be the case. The late Sir Isaiah Berlin used to quote the remark of the Russian revolutionary Alexander Herzen, that the Slavs had no history, only geography. Jews, he said, are the opposite. They have “enjoyed rather too much history and too little geography.”

Chanukah is a good example. It is one of the great test cases of what works and what fails when it comes to maintaining Jewish identity across the generations.

The background is this: during the third and second centuries BCE, Israel came under the rule of the Alexandrian empire – first, the Ptolemies in Egypt, then the Seleucids in Syria. This was more than a political reality: it created a cultural divide within the Jewish people itself.

There were a number of Jews, especially among the elite of wealth and power, who were deeply attracted to Hellenistic culture. It is not hard to see why. This was the Greece of Aeschylus and Sophocles, of Socrates, Plato, and Alexander’s own tutor, Aristotle. To some Jews of the time, Judaism – compared to the art and drama, philosophy and architecture of ancient Greece – was narrow and provincial. They were the ones who forced the pace of Hellenisation. They saw themselves as Greeks first, Jews second. The result was tragedy.

In 175 BCE they made common cause with the new Seleucid ruler, Antiochus IV. Jason, the High Priest he installed in Jerusalem, began by constructing a gymnasium at the foot of the Temple Mount. According to the Second Book of Maccabees, the Temple priests began to spend more time in athletics than in religious services. In 171, Antiochus, sensing that he could accelerate the process still further, replaced Jason with an even more Hellenised priest, Menelaus. This proved to be the final provocation. In 167, a statue of the Greek god, Olympian Zeus, was installed within the Temple precincts. Jews called it “the abomination of desolation.”

The rest of the story is well known. Under the leadership of Mattityahu and his sons, the more dedicated Jews fought back, and after three years, retook Jerusalem and rededicated the Temple. That is the victory we celebrate on Chanukah. In several respects, it was a remarkable moment. It is the only festival whose history is recorded in non-Jewish sources, as well as Jewish ones. It changed the course of European history, marking the beginning of the end of Greece as an imperial power, and paving the way for the ascendancy of Rome.

Yet, considered as a political and military victory, its effect was relatively short-lived. Liberated from the Greeks, within the century Israel was under Roman rule. The Hasmonean Kings, as Elias Bickerman has documented, soon became as Hellenised as their predecessors. Had Chanukah been no more than a clash of arms, it is conceivable that there would be no Jews and Judaism today.

However, in the wake of these events, something stirred within the Jewish people. Rightly, they understood that at stake was not just politics and power, but also civilisation and culture. As I have said many times: to defend a country, you need an army; but to defend a civilisation, you need schools. A massive development took place, inspired not least by the memory of Ezra and the returning exiles from Babylon, to strengthen Jewish education. By the first century CE – in a programme attributed by the Talmud to Rabbi Joshua ben Gamla – Jews had instituted the world’s first-ever system of universal compulsory education, supported by public funds.

Equally visionary was Rabban Jochanan ben Zakkai’s famous request to the Romans, to preserve the academy at Yavneh. From then on, Jews became the only people in history to predicate their existence on schools and houses of study. It is no coincidence that they also became the only people to survive centuries of exile and dispersion without losing their identity.

The symbols of this process became the menorah and the cruse of oil found undefiled amid the wreckage of the desecrated Temple. Not accidentally did our ancestors associate with the lights of Chanukah the famous words of the prophet Zechariah: “‘Not by power nor by might, but by My Spirit,’ says the Lord.”

Nor is it a coincidence that the word Chanukah is related to chinuch, education. The spiritual and cultural victory turned out to be longer-lasting than the military one. So it has always been in Jewish history.

Two years ago, in the course of a good-natured public debate with the great Israeli secularist and novelist Amos Oz, he proposed – jokingly – that he and I start a new political party: a coalition of the religious and secular against what he called “the Hellenists of Tel Aviv”. He was joking, but the point he made was serious. In the broadest sense, the spiritual challenge that faces the Jewish people is as great as the political one. Can we generate a Judaism sufficiently inspiring to young Jews, intellectually, ethically and religiously, to make them proud bearers of our heritage?

That is what we have set ourselves to do in Anglo-Jewry. The results have been little less than remarkable. Following the path set out by my distinguished predecessor, the late Lord Jakobovits, the community responded magnificently to the challenge of Jewish continuity. Despite the fact that British Jewry has declined numerically in recent decades by 25 per cent, the number of children in full-time Jewish education has risen by 500 per cent. For the first time in history, people in our community are saying we have too many Jewish schools, not too few. It isn’t so, but it is still extraordinary that it is being said.

The schools themselves have done magnificently. In a recent chart of high-performing educational institutions in Britain, Jewish schools occupied three of the top seven places – a remarkable feat for a community that represents half of one per cent of the national population. Nor is this all. In this summer’s examinations, one Jewish student from Manchester achieved some of the highest marks in the country. I wrote to congratulate him. In reply, he thanked me for my good wishes, adding, “I only hope that I can do as well in avodat Hashem [the service of God] as I did in my exams.” If other young Jews think as he does, we have a great future ahead of us.

The message of Chanukah, as of Jewish history as a whole, is that it is the flame of Jewish learning – fragile, hard to light, easy to extinguish – that keeps the Jewish people alive. We have witnessed two miracles in modern Jewish history: the rebirth of the State of Israel and the rekindling of the light of Jewish learning throughout the world. The second is no less significant than the first.

We always were, and I pray we always will be, the people of the book.