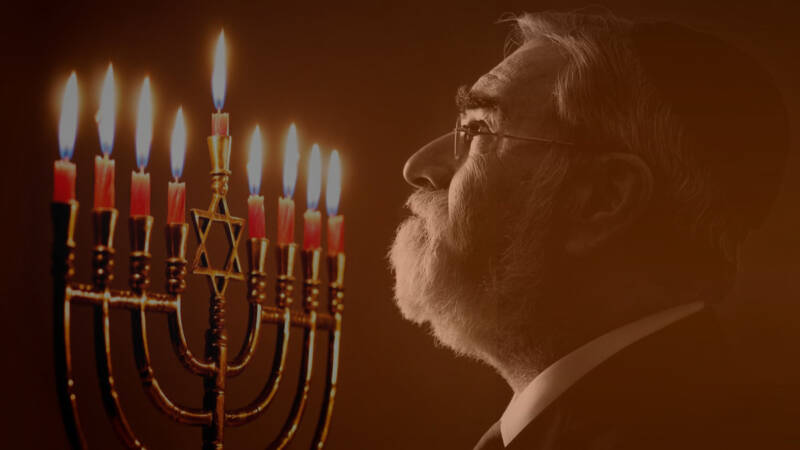 A Chanukah Message for the Eighth Night

TO LIGHT ANOTHER LIGHT

There’s a fascinating argument in the Talmud which debates the following question: Can you take one Chanukah light to light another? Usually, of course, we take an extra light, the shamash, and use it to light all the candles. But suppose we don’t have one. Can we light the first candle and then use it to light the others?

Two great Sages of the third century, Rav and Shmuel, disagreed. Rav said ‘No’. Shmuel said ‘Yes’. Normally we have a rule that when Rav and Shmuel disagree, the law follows Rav. There are only three exceptions, and this is one of them.

Why did Rav say you may not take one Chanukah candle to light the others?

Because, says the Talmud, ka mach-chish mitzvah. You will diminish the first candle. Inevitably you will spill some of the wax or the oil. And Rav says: don’t do anything that would diminish the light of the first.

But Shmuel disagrees, and the law follows Shmuel, not Rav. Why?

The best way of answering that is to think of two Jews: both religious, both committed, both living Jewish lives. One says: I must not get involved with Jews who are less religious than me, because if I do, my own standards will fall. I’ll keep less. My light will be diminished. That’s the view of Rav.

The other says: No. When I use the flame of my faith to light a candle in someone else’s life, my Jewishness is not diminished. It grows, because there is now more Jewish light in the world. When it comes to spiritual goods as opposed to material goods, the more I share, the more I have. If I share my knowledge, or faith, or love with others, I won’t have less; I may even have more. That’s the view of Shmuel, and that is how the law was eventually decided.

So share your Judaism with others. Take the flame of your faith and help set other souls on fire.

You can see religion as a battle, a holy war, in which you win a victory for your faith by force or fear. Or you can see it as a candle you light to drive away some of the darkness of the world.

The difference is that the first sees other religions as the enemy. The second sees them as other candles, not threatening mine, but adding to the light we share.

What Jews remembered from that victory over the Greeks twenty-two centuries ago was not a God of war but the God of light. And it’s only the God of light who can defeat the darkness in the human soul.

The winter of 1777 was harsh, almost unbearable. The soldiers stationed in Valley Forge, Pennsylvania had no inkling of why they were there. In their midst was a lone Jewish soldier and it was the first night of Chanukah. When all of the soldiers in the tent were fast asleep, he took out his chanukiah. He lit the first candle, recited the blessings, and sat down to watch the small flame dancing merrily.

It fired his imagination and brought back a host of memories. The General appeared by his side. He looked at him and said gently, “Why are you weeping? Are you cold, my friend?” The soldier jumped to his feet and saluted.

Then he answered quietly, “I am weeping before my Father in Heaven, sir. Everyone’s fate lies in His hands; He controls the fate of millions, the world over. I was praying for your success, General Washington. I came to this country because I was fleeing the persecution of tyrants who have forever oppressed my family, my townspeople and my nation. The despots will fall, sir, but you will be victorious!”

“Thank you, soldier!” The General replied heartily and sat himself on the ground before the chanukiah. “And what have we here?” he asked, full of curiosity. “This is a Candelabra. Jews all over the world are lighting the first candle of our festival, Chanukah, tonight. This serves to commemorate a great miracle that occurred to our ancestors. They were only a handful compared to the massive armies, but they held out, thanks to their faith in God, and were granted a miracle.”

The bright flame ignited a flame of hope in the weary General’s eyes and he cried out joyfully, “You are a Jew? Then you are descended from a people of Prophets! And you say that we will win the war?” “Yes, sir!” he replied confidently. The General rose, his face glowing with renewed hope. They shook hands heartily. Washington asked the soldier for his name and address and disappeared into the night.

On the first night of Chanukah, in 1778, one year later, our Jewish veteran was sitting in his home on Broome Street in New York. The first Chanukah light was burning brightly on his windowsill. Suddenly, there was a knock on the door. His wife rose to open it wide. To her astonishment, there stood President Washington.

“There is that fabulous light, the Chanukah light,” he cried out happily, spotting the candle by the window. “That flame, and your remarkable words, kindled a light in my heart on that dark and bitter night,” he reminisced. “We were in a tight situation then, and your words encouraged me so! They spurred me on with new hope.

“You will soon be awarded a Medal of Honor from the United States of America for your bravery in Valley Forge, but tonight you will receive a personal memento from me.” With these words he placed on the table a gold medal upon which was engraved a Chanukah menorah with one light burning. Upon this medal was inscribed: “As a sign of thanks for the light of your candle. George Washington.”

The Chanukah candles need to be lit at night, facing the outside world, at a time when people are around, so that they bring light and tell tell the world the story of the miracle.

TO LIGHT ANOTHER LIGHT

Tonight’s book is Morality: Restoring the Common Good in Divided Times, Rabbi Sacks’ most recent book, which urges us to evolve from a society focused on ‘I’ and the individual to one focused on ‘We’ and the common good. It contains a moving vision of a world in which we can all find our place and face the future without fear.