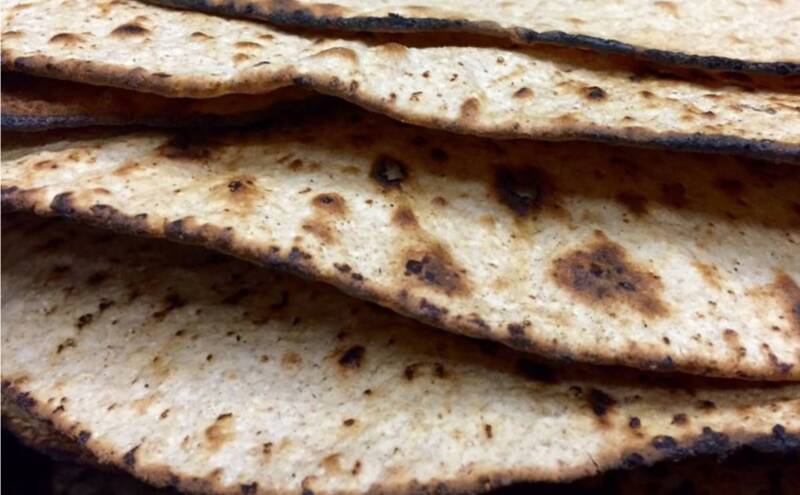 Ha Lachma Anya is the first section found in our Seder Night Guide, aimed at giving you some ideas and thoughts on several of the core pages from the Haggadah and how Rabbi Sacks understands them. We have created a PDF of the full Seder Night Guide, as well as separate PDFs, so that you can pick and choose which sections to download, print, and discuss at your Seder Table.

It is a mitzvah to tell the story of the Exodus on Seder night. We call this mitzvah maggid, and it is the key to Seder night. This is why the Haggadah begins with Ha Lachma Anya, which is an invitation to others to join our Seder and tell the story with us. This paragraph is written in Aramaic (instead of Hebrew) because this was the spoken language at the time the Haggadah was written. To make it a genuine invitation, it is important that it is stated in a language that is understood.

If we examine the wording of the invitation, we notice something strange: “This is the bread of oppression our fathers ate in the land of Egypt. Let all who are hungry come in and eat.”

What sort of hosts offer the hungry a taste of suffering? This may seem odd, but in fact it is a profound insight into the nature of slavery and freedom. Matzah represents two things: it is both the food of slaves, and also the bread eaten by the Israelites as they left Egypt in liberty. What transforms the bread of oppression into the bread of freedom is the willingness to share it with others.

Sharing food is the first act through which slaves become free human beings. Someone who fears tomorrow does not offer their bread to others. But those who are willing to divide their food with others have already shown themselves capable of fellowship and faith, the two things from which hope is born. That is why we begin the Seder by inviting guests to join us. Bread shared is no longer the bread of oppression. By reaching out to others, by giving help to the needy and companionship to those who are alone, we bring freedom into the world, and with freedom, God.

What can you share in your life to show you are truly free?

Ha Lachma Anya is the beginning of the Seder narrative, known as Maggid. The word maggid has the same root letters as the word ‘haggadah‘, meaning relate, recount, declare, or proclaim. The story of the Exodus is known as the Haggadah because of the verse “You shall tell (vehigadeta) your child on that day, ‘[I do this] because of what the Lord did for me when I went out of Egypt’” (Shemot 13:8). However, the word ‘haggadah‘ derives from a verb that also means bind, join, connect. The story of the Exodus is more than a recounting (sipur) of things that happened long ago. It binds the present to the past and future. It connects one generation to the next. It joins us to our children. Jewish continuity means that each successive generation commits itself to continuing the story. Our past lives on in us.

Do you feel more connected to your parents and grandparents when you sit at the Seder table? If so, why?

If you have guests at your Seder table who are not from your immediate family, turn to them now and make sure they feel comfortable and welcome. Are they sitting comfortably? Do they know the names of everyone around the table?

Primo Levi survived the horrors of Auschwitz. In his book, If This is a Man, he describes his experiences there. According to Levi, the worst time of all was when the Nazis left the concentration camp in January 1945, fearing the Russian advance. All prisoners who could walk were taken with them on the brutal “Death Marches.” The only people left in the camp were those too ill to move. For ten days they were left alone with only scraps of food and fuel. Levi describes how he worked to light a fire and bring some warmth to his fellow prisoners, many of them dying. He then writes:

When the broken window was repaired and the stove began to spread its heat, something seemed to relax in everyone, and at that moment Towarowski (a Franco-Pole of twenty-three, typhus) proposed to the others that each of them offer a slice of bread to us three who had been working. And so it was agreed.

Only a day before, a similar event would have been inconceivable. The law of the Lager [concentration camps] said: “eat your own bread, and if you can, that of your neighbour,” and left no room for gratitude. It really meant that the law of the Lager was dead.

It was the first human gesture that occurred among us. I believe that that moment can be dated as the beginning of the change by which we who had not died slowly changed from Haftlinge [prisoners] to men again.

A QUIZ FOR THE NIGHT OF QUESTIONS