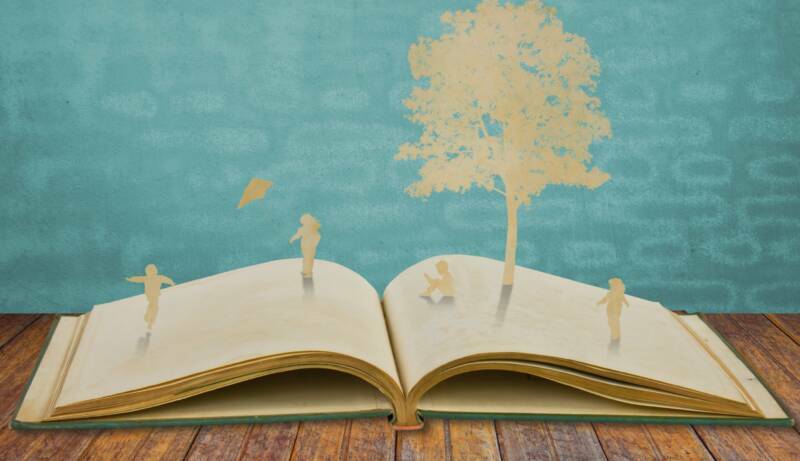 Arba’a Banim – The Four Children is the fourth section found in our Seder Night Guide, aimed at giving you some ideas and thoughts on several of the core pages from the Haggadah and how Rabbi Sacks understands them. We have created a PDF of the full Seder Night Guide, as well as separate PDFs, so that you can pick and choose which sections to download, print, and discuss at your Seder Table.

The section of the Four Children in the Haggadah is based on the four different verses in the Torah which describe children asking their parents about the story of the Exodus. Rather than seeing these as just four examples of asking the same question, the Rabbis noticed four distinctive personalities from the different ways the verses are phrased – and this inspired the idea for four kinds of children.

Yet there is a message of hope in this family portrait. Though they disagree, they sit around the same table, telling the same story. Though they differ, they stay together. They are part of a single family. Even the rebel is there, although part of him does not want to be. This, too, is who we are.

The Jewish people is an extended family. We argue, we differ, there are times when we are deeply divided. Yet we are part of the same story. We share the same memories. At difficult times we can count on one another. We feel one another’s pain. Out of this multiplicity of voices comes something none of us could achieve alone. Sitting next to the wise child, the rebel is not fated to remain a rebel. Sitting next to the rebel, the wise child may share his wisdom rather than keep it to himself. The one who cannot ask will, in time, learn how. The simple child will learn complexity. The wise child will learn simplicity. Each draws strength from the others, as we all draw strength from belonging to a people.

Commentary on The Four Children,
The Jonathan Sacks Haggadah

Why do you think Jews argue so much with each other? Is this a strength or a weakness?

Through the Haggadah, more than a hundred generations of Jews have handed on their story to their children. The word “haggadah” means “relate,” “tell,” “expound.” But it comes from another Hebrew root, [a-g-d] that means “bind”, “join”, “connect”. By reciting the Haggadah, Jews give their children a sense of connectedness to Jews throughout the world and to the Jewish people through time. It joins them to a past and future, a history and destiny, and makes them characters in its drama. Every other nation known to humankind has been united because its members lived in the same place, spoke the same language, were part of the same culture. Jews alone, dispersed across continents, speaking different languages and participating in different cultures, have been bound together by a narrative, the Pesach narrative, which they tell in the same way on the same night. More than the Haggadah is the story of a people, Jews are the people of a story.

The Story of Stories,
The Jonathan Sacks Haggadah

How can a story link us to Jews across generations and across geography?

When I was a baby I wouldn’t talk. I was the youngest of five children, so I was surrounded by people who doted on me and gave me whatever I wanted. All I had to do was make a noise and point to get what I wanted. So it took me much longer to learn to talk. It worried my parents, and they took me to specialist doctors to make sure there was no deeper cause behind my late development.

When I started going to school, I couldn’t sit still and focus for a minute. My mind would wander and then my body would wander, and next thing I knew I was being told off, or worse, I would be sent to the Headteacher’s office. I wasn’t trying to be mischievous or rude. I just couldn’t sit in one place for long.

When I was a teenager I got angry. Angry about all the injustices in the world, about the way the government didn’t care enough about the environment, and angry that the school administration didn’t do enough to make everyone feel valued and included in our school. I organised all sorts of demonstrations and one day I even led the students in a strike. The school didn’t like that one bit, and I almost got expelled for it!

Then I went to university, and I took my passion for making a difference in the world and channelled it into my studies. Today I am a lawyer who represents the under-privileged and disadvantaged in society, and my dream is to one day become a judge.