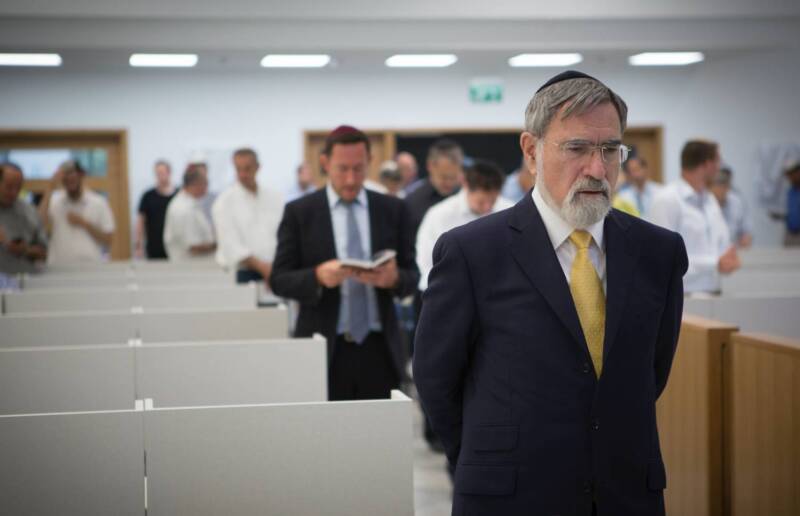 Yom HaZikaron (Israel’s Memorial Day) is the day on which Israel pauses to remember all those who have given up their lives fighting for and defending the State of Israel, including victims of terrorism. It falls each year on the 4th of Iyar (the day before Yom Ha’atzmaut, Israel’s Independence Day). This year Yom HaZikaron is on Wednesday 4th May.

How do you live with the constant threat of violence and war? That takes faith. Israel is the people that has always been sustained by faith, faith in God, in the future, in life itself. And though Israel is a secular state, its very existence is testimony to faith: the faith of a hundred generations that Jews would one day return; the faith that led the pioneers to rebuild a land against seemingly impossible odds; the faith that after the Holocaust the Jewish people could live again; the faith that, in the face of death, continues to say: choose life.

FIGHTING FOR OUR VERY EXISTENCE

The journey is not yet over. Israel has not yet found peace. And after four thousand years Jews still find it hard to live their faith without fear. There is only one Jewish state, a country less that one quarter of one per cent of the land mass of the Arab world; the only place on earth where Jews form a majority, the only place where they are able to do what almost every other people takes for granted, to construct a society according to their values, and to be able to defend themselves. Jews still have to fight for the right to be.

Jews fought, and never more so than in the State of Israel, with the courage that you find only in those whose ultimate aim is not victory but peace, not triumph but life. Let us acknowledge the heroes of Medinat Yisrael, the heroes not just of military battle, but also the heroes of the human spirit, who are willing to die so that we can live. They lit a flame in the Jewish heart that will never die. Let us remember them and their past, and look today at the Israel they have built. A land of freedom and energy and creativity and life.

Carrying the Past, Turning Death into Life

At the end of the book of the book of Bereishit, Yosef makes one deeply poignant request: Though I die in exile, God will bring you back to the land, and when He does so, “Veha’alitem et atzmotai mizeh”, “Carry my bones” with you.

Moshe smashed the first set of Tablets given to him by God at Mount Sinai, but the Israelites carried them in the Ark, together with the second set: the new Tablets and the fragments of the old.

And so it has been throughout Jewish history; we carry with us all the fragments of our people’s past, the broken lives, the anguished deaths. For we refuse to let their deaths be in vain. Our past lives on in us as we continue the Jewish journey to the future, to hope, and to life.

On Yom HaZikaron we remember the members of the Israel Defence Forces who fell in action, and also all those killed by terrorist attacks in Israel. What our enemies killed, we keep alive in the only way we can: in our minds, our memories and in our land, the State of Israel.

There are cultures that forget the past and there are those that are held captive by the past. We do neither. We carry the past with us for as long as the Jewish people exist, as Moshe carried the bones of Yosef, and as the Leviim carried the fragments of the shattered Tablets of Stone.

Those fragments of memory, of those no longer with us, help make us who we are. We live for what they died for, by walking tall as Jews, showing we are not afraid, refusing to be intimidated by the antisemitism that has returned, or the sustained assault on Israel.

I met Yoni Jesner in Jerusalem in January 2002. He was 19 years old, just beginning his second year in Yeshiva. We had brought together a group of 300 British students, but he stood out among them as a leader, a young man with quiet inner strength and a sense of humour that drew people to him and brought out the best in them. I knew of his reputation from the community in Glasgow where he had grown up. Already he was something of a legend. He worked with the young and the old, he took children’s services in the synagogue, taught in its classes, ran the local youth group, and was a volunteer in the burial society, helping prepare the dead for burial with dignity. A brilliant student, he had decided to become a doctor and already had a place at medical school. His first priority was to dedicate his life to saving life. Like many others in Jewish history, he saw medicine as a religious vocation.

Yoni was travelling on the number 4 bus in Tel Aviv on 19th September 2002 when the suicide bomber detonated his belt. Ari, his brother in London, caught the next flight to Israel. Yoni Jesner, of blessed memory, was a remarkable young man whose death at the hands of a suicide bomber devastated all who knew him. It turned out, though, that Yoni had a last and yet more deeply moving message for us. After consulting Yoni’s Rabbi, his family came to a decision. Yoni had wanted to save life. They would donate his organs. Among those whose lives were transformed was Yasmin Abu Ramila, a 7-year-old Palestinian girl from east Jerusalem who had been on dialysis for two years awaiting a compatible transplant. This is moral greatness of a high order – to create life out of death and turn a potential enemy into a friend. It takes exceptional courage to come to such a decision in the midst of grief; but acts like these are fragments of redemption.

A people is as great as its ideals, and Yoni lived those ideals to the limit. We will not forget him. We will cherish his memory as a blessing and inspiration.

Extract from Rabbi Sacks’ book, ‘To Heal A Fractured World’.

We remember the courage and the mesirat nefesh (self-sacrifice), the dedication and the bravery, of Israel’s chayalim bodedim (lone soldiers). Especially those that gave their lives defending Medinat Yisrael, and Am Yisrael.

We think of them as living examples of what it is to fight for the freedom of our people, and their safety, in the land of our beginnings. So that never again would Am Yisrael be dependent on the goodwill of the nations.

Never again would we have to suffer the two thousand years of persecution of the centuries that preceded the birth of the State of Israel. These are among the great heroes of our people.

Rabbi Sacks shared this message to honour the lives and memories of our fallen Lone Soldiers at the annual Yom HaZikaron Ceremony of the Lone Soldier Center in Memory of Michael Levin in 2020. 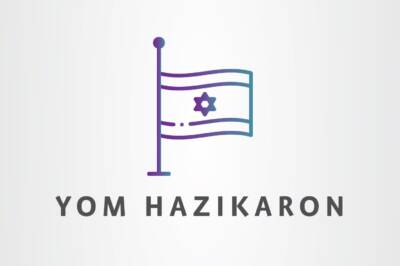