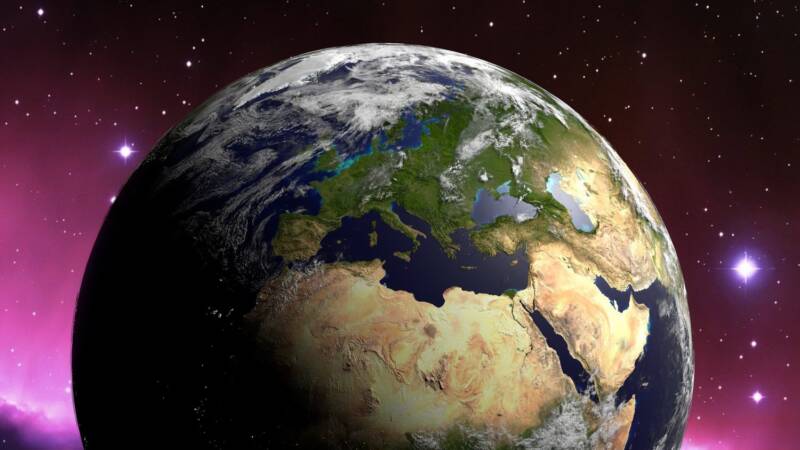 The Three Stages of Creation

The first story describes the world as a place of harmony and order. God creates the universe in six days and dedicates the seventh as a day of holiness and rest, the Shabbat. In the second telling of the story the Torah focuses on what it means to be a human, and how we can have relationships with God and each other. God creates Adam and sees that “It is not good for the man to be alone,” and so He then creates Eve. The snake leads them astray and convinces them to sin by eating from the Tree of Knowledge and God then punishes them by expelling them from the perfect Garden of Eden.

The rest of the stories in our parsha, and continuing into the next, are tales of sadness and tragedy, and represent the potential we all have to make mistakes. Cain murders his brother, Abel. By the end of the parsha, God sees “how great man’s wickedness on the earth had become” and “regrets that He had made man on earth.” God creates a world of order, and man creates chaos. Will the story of humanity have a happy ending?

1. How does God act? How can we copy that in our lives?

3. Why does God want us to become creators like Him? Why is creating things good for us and good for the world?

Rabbi Avraham Yitzchak HaCohen Kook was the first Chief Rabbi of British Mandatory Palestine. When World War I erupted he found himself stuck in London where he remained for the duration of the war until he could return to the land of Israel. Rabbi Kook spoke about how during his time in London he would often visit the National Gallery to admire the art there. His favourite artist was Rembrandt, who he described as a tzadik, a righteous person.

When he examined Rembrandt’s paintings it reminded him of the rabbinic statement about the light created on the first day of creation – “When God created the light [on the first day], it was so strong and luminous that it was possible to see from one end of the world to the other. And God feared that the wicked would make use of it [for destructive purposes]. What did He do? He hid it for the righteous in world to come. But from time to time there are great men whom God blesses with a vision of that hidden light.” Rabbi Kook believed that Rembrandt was one of those great men who could perceive the Or Ganuz (hidden light), and he presented that light in his paintings.

What is equally puzzling and wonderful about Rembrandt’s paintings, is that he makes no attempt to beautify or idealise his subjects. Yet the light radiating from the ordinary people in his paintings. Rembrandt’s brilliance is his ability to convey the beauty of ordinary people. The light that shines from them is, simply, their humanity. Their Tzelem Elokim (image of God).

1. What do you think Rembrandt was trying to say in his paintings when he chose to have ordinary people radiating with a spiritual light?

2. If all people are created in the image of God, is there beauty in all people? How do we find that beauty?

Three Stages of Creation: “And God said, let there be… And there was… and God saw that it was good.”

In the first chapter of Bereishit, God creates man “in His image, after His likeness.” We believe that God has no physical form, so being created in “His image” must refer to some other likeness between humanity and God. The Torah tells us we have the potential to be like God in our actions, and we do that by imitating Him. This could mean many things, but the primary role we see God playing in the first chapter of Bereishit is as Creator. Just as God is creative, so we should try to be creative.

Bereishit teaches us how to be creative –in three stages. The first stage is saying “Let there be.” The second is “and there was.” The third stage is seeing “that it is good.”

What makes humans unique among other animals is our ability to speak. Targum Onkelos translates the last phrase of Genesis 2:7, “God formed man out of dust of the ground, and breathed into his nostrils the breath of life, and man became a living creature,” as “and man became ruaĥ memallelah, a speaking spirit.” Because we can speak, we can think, and therefore imagine a world different from the one that currently exists. Creation begins with the creative word, the idea, the vision, the dream. Language – and with it the ability to remember a distant past and think about a distant future – lies at the heart of our uniqueness as the image of God. Just as God makes the physical world by words (“And God said let there be …”) so we make our human world by words, which is why Judaism takes words so seriously: “Life and death are in the power of the tongue,” says the book of Proverbs (18:21). This is the first stage of creation.

The second stage of creation (“And God said let there be… and there was”) is for us the most difficult to achieve. It is one thing to have an idea, another to make it happen. It is so often too easy to give up after failure, and to conclude that it is impossible to accomplish.

If the first stage in creation is imagination, the second is will. The sanctity of the human will is one of the most distinctive features of the Torah. There have been many philosophies that believe that humans do not have freewill. This is called determinism – that we are determined by other factors – like genetics, or economic or social forces. Judaism is a protest against these ideas. We are not pre-programmed machines; we are persons, who have freewill. Just as God is free, so we are free, and the entire Torah is a call to humanity to exercise responsible freedom in creating a social world which honours the freedom of others. Freewill is the bridge from “Let there be” to “and there was.”

In the course of my work, I have visited prisons and centres for young offenders. Many of the people I met there were potentially good. They, like you and me, had dreams, hopes, ambitions, aspirations. They did not want to become criminals. Their tragedy was that often they came from difficult backgrounds. No one took the time to care for them, support them, teach them how to negotiate the world, how to achieve what they wanted through hard work rather than violence and lawbreaking. They lacked a basic self-respect, a sense of their own worth. No one ever told them that they were good. To see that someone is good and to say so is a creative act itself. To see the good in others and let them see themselves the way we see them is to help someone grow to become the best they can be. “Greater,” says the Talmud, “is one who causes others to do good than one who does good himself.” To help others become what they can be is to give birth to creativity in someone else’s soul.

“And God saw that it was good” – this too is part of the work of creation, the subtlest and most beautiful of all. When we recognise the goodness in someone, we do more than create it, we help it to become creative. This is what God does for us, and what He calls on us to do for others.

Judaism is a critique of empire and the rule of the strong. In the first chapter of Genesis we are told that every human being is in the image and likeness of God. This is not an abstract metaphysical proposition. It is a political statement of potentially explosive force. The kings and pharaohs of the ancient world were seen as gods, the children of the gods, or the sole intermediary of the gods. They presided over hierarchical societies in which there was an absolute, ontological differences between rulers and ruled.

By stating that not just the king, but everyone, is in the image of God, the Bible was opposing the entire political universe of the ancient world. Every individual is sacrosanct. Every life is sacred. The human person as such has inalienable dignity. Here is the birth of the biblical revolution, which did not materialize in the West until the seventeenth century with the articulation of the concept of human rights, meaning the rights we bear simply because we are human. Babel is the is the symbol of the sacrifice of the individual to the state. Abraham, by contrast, is to become the symbol of all individuals in search of worth as individuals. The Hebrew Bible is a sustained protest against empire, hierarchy, ruling elites and the enslavement of the masses.

everyone is created in the “Image of God” not just the king or the elite?

2. In Covenant & Conversation, Rabbi Sacks challenges us to see the good in creation (the third stage of creation). How does the belief in all people being created in the “Image of God” help us to do that?