The Power of Speech
Family Edition 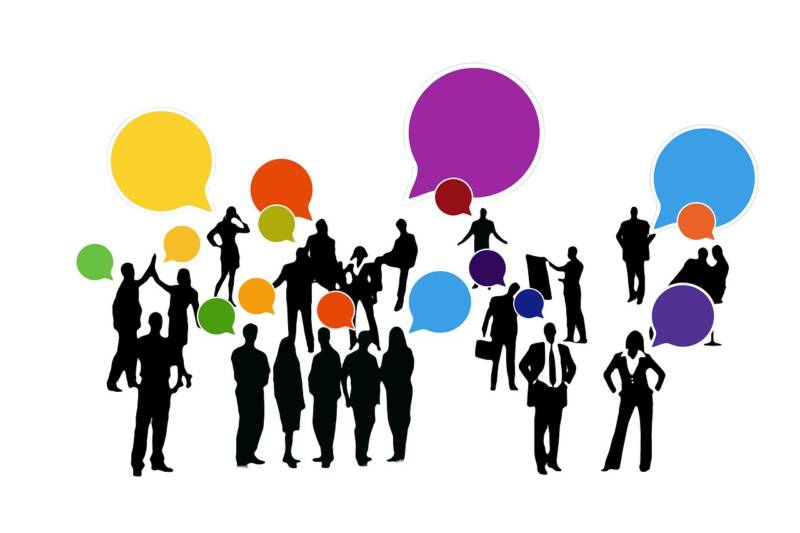 The Power of Speech

Parshat Metzora continues with the themes from last week’s parsha, including the process of purification for tzara’at, the decay that causes skin disease in humans and discolouration in garments and the walls of houses.

The Sages identify tzara’at – the condition that affects human skin, the cloth of clothes, and the walls of a house – not as an illness but as a punishment for the specific sin of lashon hara, evil speech.

The question is why is this harsh condition a punishment for evil speech and not some other sin? Why is speaking evil worse than, say, physical violence? There is an old English saying: “Sticks and stones may break my bones/but words will never harm me.” It is certainly upsetting to hear bad things said about you, but is it really that terrible?

There is no direct mitzvah against evil speech in the Torah but there is a prohibition against gossip: “Do not go around as a gossiper among your people” (Vayikra 19:16). Lashon hara is an example of this command. The Sages go to remarkable lengths to emphasise its seriousness. It is, they say, as bad as all three cardinal sins together – idol worship, bloodshed, and forbidden sexual relations. Whoever speaks with an evil tongue, they say, it is as if he or she denied God. They also say: it is forbidden to live near someone with an evil tongue, and all the more to sit with them and to listen to their words. Why are mere words treated with such seriousness in Judaism?

The answer to this question touches on one of the most basic principles of Jewish belief. Ancient peoples worshipped “the gods” because they saw them as powerful: lightning, thunder, the rain and sun, the sea and ocean, and sometimes wild animals. However, Judaism is not a religion that worshipped power, even though God is more powerful than all of these “gods”.

Judaism, like other religions, has holy places, holy people, holy times, and holy rituals. What makes Judaism different, however, is that it is first and foremost a religion of holy words. With words God created the universe: “And God said, Let there be…and there was.” Through words He communicated with humankind. In Judaism, language itself is holy. That is why lashon hara, the use of language to harm, is not merely a minor offence. It involves taking something that is holy and using it for purposes that are unholy.

1. What does “Sticks and stones may break my bones/but words will never harm me” mean to you? Does it resonate with you?

3. Can you create worlds with words like God? Can worlds also be destroyed with words?

There once was an old man who loved to gossip. He would often be found shuffling around town whispering gossip to his friends.

One day, he just couldn’t resist telling the Rabbi the latest news he had just heard. The Rabbi ran into his house and brought out a feather pillow. He told the old man to rip open the pillow. Puzzled, he did as the Rabbi asked.

As the wind picked up the feathers and blew them all over the village, a smile crossed the man’s face as he began to enjoy the spectacle. “Right. Now go and collect all the feathers from my pillow!” said the Rabbi. “But Rabbi, that is impossible! I can’t get them all back. They are spread all across the village and beyond!” the man exclaimed.

The Rabbi looked him in the eye and with a satisfied look said, “It is exactly the same with your gossip. Once it has crossed your lips it cannot be controlled or taken back. The words are out of your grasp forever and spread across the world. Think carefully about that, the next time you are tempted to gossip about a neighbour!”

1. What do you think is the message of this story?

2. Have you ever experienced the power of words (for good or for bad) personally?

After creating the universe, God’s first gift to the first man was the power to use words to name the animals. This was the start of the intellectual process that is the distinguishing mark of Homo sapiens. The Targum translates the phrase, “And man became a living creature” (Gen. 2:7) as “a speaking spirit.” Evolutionary biologists nowadays take the view that it was the demands of language, and the advantage this gave humans over every other life form, that led to the massive expansion of the human brain.

When God sought to halt the plan of the people of Babel to build a tower that would reach heaven, He simply “confused their language” so they were unable to communicate.

The first principle of language in Judaism is that it is creative. We create worlds with words.

The second principle is no less fundamental. Abraham’s belief in one God introduced into the world the idea of a God who transcends the universe, and who therefore cannot be identified with any phenomenon within the universe.

God is invisible. This is why in Judaism all religious icons are a sign of idolatry. How then does an invisible God reveal Himself? The answer is, in words. God spoke. He spoke to Adam, Noah, Abraham, Moses. At the revelation at Mount Sinai, as Moses reminded the Israelites, “The Lord spoke to you out of the fire. You heard the sound of words but saw no form; there was only a voice” (Deuteronomy 4:12). In Judaism, words are the vehicle of revelation. The prophet is the man or woman who hears and speaks the word of God.

That was the phenomenon that science struggles to understand. Some scientists accept the idea of a God who created heaven and earth, the force of forces and cause of causes, the originator of, as we call it nowadays, the Big Bang, the God who was the architect of matter and the composer of order. Indeed, it is ultimately faith in the universe as the product of a single creative intelligence that underlies the scientific mindset from the outset. Judaism calls this aspect of God ‘Elokim’. But we believe in another aspect of God also, which we call ‘Hashem’, the God of relationships – and relationships exist by virtue of speech. Speech allows us to communicate with others and share with them our fears, hopes, loves, plans, feelings, and intentions. Speech helps us to convey our inwardness to others. It is at the very heart of the human bond. A god who could create universes but not speak or listen would be an impersonal god – a god incapable of understanding what makes us human. Worshipping such a god would be like bowing down to the sun or to a giant computer. We might care about it but it could not care about us. That is not the God of Abraham.

Hence the idea at the heart of Judaism: brit, covenant, which is nothing other than a mutually binding promise between God and human beings. Covenant is the word that joins heaven and earth, the word spoken, the word heard, the word affirmed and honoured in trust. The Torah, in the most profound sense, is the word of God, and Judaism is the religion of holy words. It follows that to misuse or abuse language to sow suspicion and conflict is not just destructive. It is sacrilege. It is a kind of desecration. It takes something holy, the human ability to communicate and thus join soul to soul, and use it for the lowest of purposes, to divide soul from soul and destroy the trust on which non-coercive relationships depend.

Judaism emerged as an answer to a series of questions: How can finite human beings be connected to an infinite God? How can they be connected to one another? How can there be co-operation, collaboration, collective action, families, communities, and a nation, without the coercive use of power? How can we form relationships of trust? How can we redeem the human person from his or her solitude? How can we create collective liberty such that my freedom is not bought at the cost of yours?

The answer is: through words, words that communicate, words that bind, words that honour the Divine Other and the human other. Lashon hara, “evil speech,” by poisoning language, destroys the very basis of the Judaic vision. When we speak disparagingly of others, we diminish them, we diminish ourselves, and we damage the very ecology of freedom.

“Words are holy. In Judaism the holiest object is a Torah scroll, for it contains God’s word, His greatest gift to humankind. Judaism is a religion of holy words, because it believes in a transcendental God, a God who cannot be seen, felt, touched, represented in images or icons, a God beyond the universe unlike anything within the universe. The only ultimate connection between an infinite God and finite human beings is language.

In revelation God speaks to us. In prayer we speak to God. Language is the narrow bridge across the abyss between soul and soul, whether the relationship is between two people, or between myself and the Self of the universe. Language is the redemption of solitude.”

1. Why is the Torah Scroll the holiest object for Judaism? What is the message behind that?