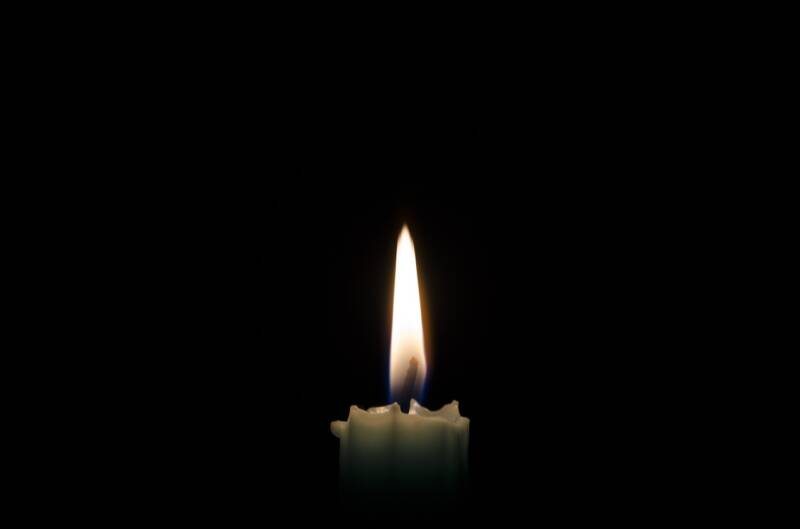 The story now shifts from Yaakov to his children. The tension we have already sensed between Leah and Rachel is transferred to the next generation in the form of the rivalry between Yosef and his brothers, the story whose twists and turns take us to the end of the book of Beishit. Yosef is Yaakov’s favourite son, firstborn of his beloved Rachel. The envy and antagonism of his brothers leads them to sell Yosef into slavery in Egypt, an act that will many years later result in the entire family, by then a nation, being enslaved.

A common thread running through the parsha is the power of the story to confuse our expectations. Reuben, the firstborn, seems to suffer self-doubt that robs him of the courage to take decisive action. Yaakov’s endless grief hides a refusal to give up hope. Tamar turns out to be a model of morals and courage. Two unlikely women play a part in the lineage of David, Israel’s greatest king. Part of the continuing power of these stories lies in their refusal to play out the way we would expect. You can never predict in advance, the Torah seems to suggest, where virtue is to be found.

The deception has taken place. Yosef has been sold into slavery. His brothers dipped his coat in blood. They bring it back to their father, saying: “Look what we have found. Do you recognise it? Is this your son’s coat or not?” Yaakov recognises it and replies, “It is my son’s coat. A wild beast has devoured him. Yosef has been torn to pieces.” We then read:

Yaakov tore his clothes, put on sackcloth, and mourned his son for a long time. His sons and daughters tried to comfort him, but he refused to be comforted. He said, “I will go down to the grave mourning for my son.” (Gen. 37:34-35)

There are laws in Judaism about the limits of grief – shiva, sheloshim, a year. There is no such thing as a bereavement for which grief is endless. The Talmud says that God rebukes one who weeps beyond the appointed time. And yet Yaakov refuses to be comforted.

A Midrash gives a remarkable explanation. “One can be comforted for one who is dead, but not for one who is still living,” it says. In other words, Yaakov refused to be comforted because he had not yet given up hope that Yosef was still alive. That, tragically, is the fate of those who have lost members of their family (the parents of soldiers missing in action, for example), but have as yet no proof that they are dead. They cannot go through the normal stages of mourning because they cannot abandon the possibility that the missing person is still capable of being rescued. Their continuing anguish is a form of loyalty; to give up, to mourn, to be reconciled to loss is a kind of betrayal. In such cases, grief lacks closure. To refuse to be comforted is to refuse to give up hope.

1. Why do you think Judaism has specific time periods for different levels of mourning, such as shiva (the first week after the death of a loved one), shloshim (the first 30-day period of mourning), and the completion of the first year?

2. Do you think the pain is greater for the loss of a child, or when a child is missing presumed dead?

3. Do you know of any stories of parents who refused to give up hope that their child may still be alive? What can we learn from Yaakov and these other parents?

A legend is told of Napoleon, the French Emperor in the early nineteenth century, taking a stroll through the streets of Paris with his advisors one Tisha B’Av during his reign. As his entourage passed a small synagogue they heard wailing and crying coming from within. Puzzled by the commotion, Napoleon sent an aide inside to inquire as to what had happened.

The aide returned after a few minutes and told Napoleon that the Temple of the Jews had been destroyed and they were in mourning over its loss. Napoleon was outraged! “How can it be I have no knowledge if this event? Where in the Empire did this occur? When did this befall the Jews of that community and who were the perpetrators?”

The aide responded, “Sir, the Temple was lost in Jerusalem on this date more than 1,700 years ago.”

Napoleon stood in silence and shock. ” A people who can mourn for Jerusalem so long, will one day have it restored to them!”, he said.

1. What is the message of this story? How is it connected to the story of Yaakov’s grief and refusal to give up hope?

2. What do you think would have happened if we had moved on after the destruction of Jerusalem and the Temple in 70CE? Why are Jews so obsessed with remembering history?

On what basis did Yaakov continue to hope that Yosef was still alive? Surely he had recognised Yosef’s blood-stained coat – he said explicitly, “A wild beast has devoured him. Yosef has been torn to pieces.” Do these words not mean that he had accepted that Yosef was dead?

The late David Daube made a suggestion that I find convincing. The words the sons say to Yaakov – haker na, literally “identify please” – have a quasi-legal connotation. Daube relates this passage to another, Exodus 22:10-13, with which it has close linguistic parallels. The issue discussed is the extent of responsibility borne by a guardian (shomer). If an animal is lost through negligence, the guardian is at fault and must make good the loss. If there is no negligence, merely force majeure, an unavoidable, unforeseeable accident, the guardian is exempt from blame. One such case is where the loss has been caused by a wild animal. The wording in the law – tarof yitaref, “torn to pieces” – exactly parallels Yaakov’s judgment in the case of Yosef: tarof toraf Yosef, “Yosef has been torn to pieces.”

An elder brother carried a similar responsibility for the fate of a younger brother placed in his charge, as, for example, when the two were alone together. That is the significance of Cain’s denial when confronted by God as to the fate of Abel: “Am I my brother’s guardian [shomer]?” (Gen. 4:9).

We now understand a series of nuances in the encounter between Yaakov and his sons upon their return without Yosef. Normally they would be held responsible for their younger brother’s disappearance. To avoid this, as in the case of later biblical law, they “bring the remains as evidence.” If those remains show signs of an attack by a wild animal, they must – by virtue of the law then operative – be held innocent. Their request to Yaakov, haker na, must be construed as a legal request, meaning, “Examine the evidence.” Yaakov has no alternative but to do so, and by virtue of what he has seen, to acquit them. A judge, however, may be forced to acquit someone accused of a crime because the evidence is insufficient to justify a conviction, while still retaining lingering private doubts. So Yaakov was forced to find his sons innocent, without necessarily trusting what they said. In fact Yaakov did not believe it, and his refusal to be comforted shows that he was unconvinced. He continued to hope that Yosef was still alive. That hope was eventually justified: Yosef was still alive, and father and son were ultimately reunited.

Jews are the people who refused to be comforted because they never gave up hope. All the evidence of Jewish history may seem to signify irretrievable loss, a decree of history that cannot be overturned, a fate that must be accepted. Jews never believed the evidence because they had something else to set against it – a faith, a trust, an unbreakable hope that proved stronger than historical inevitability. It is not too much to say that Jewish survival was sustained in that hope. And that hope came from a simple – or perhaps not so simple – phrase in the life of Yaakov. He refused to be comforted. And so – while we live in a world still scarred by violence, poverty and injustice – must we.

In the Hebrew Bible, a new concept of time was born… Time, for ancients, was cyclical, a matter of the slow revolving of the seasons and the generations, an endlessly repeated sequence of birth, growth, decline and death… Mythic time is not historical but anti-historical time: time in which nothing really changes… Until Israel appeared on the scene, all cultures were like that. Some still are.

Cyclical time is time as it appears in nature. All that lives, dies, but life itself lives on. Winds, storms, floods and drought wreak devastation, but nature recovers, homes are rebuilt, fields are replanted, and the cycle begins again. The dream of myth is order, and its perennial fear is chaos. Life is an ongoing struggle between these two opposites, which reflect the struggles of the gods, told in the endless stories of myth itself… The permutations are endless, but the basic plot is the same. First, there is order, then it is disturbed by a force of chaos: there is a battle and finally order is restored. So it was in ancient myth, and so it is today in its cinematic equivalents: Star Wars, The Lord of the Rings and the rest.

The Hebrew Bible is a radical break with this way of seeing things. God is to be found in history, not just in nature. Things do change. Human life is an arena of transformation. Abraham leaves the world of the Mesopotamian city-states to

begin a new way of serving God. Moses and the Israelites leave Egypt to found a new social order. They are about to build a future unlike the past. That was the revolution. Without it, we would simply not have the key words we have come to accept as obvious, words like progress, development, advance, creativity, originality. Until Abraham and Moses, no one thought of time as a journey in which where you are tomorrow will not be where you were yesterday. The concept of change as progress would have been equally incomprehensible. For the ancients, change was a challenge to the established order. That too exists in some cultures and individuals today… in Judaism a new concept was born, of a future substantively different from the past.

1. How did Judaism introduce the idea to the world that the future can be different from the past, and we can have hope in a better world?

2. What do you think is the source of the obstinate Jewish refusal in history to give up hope?