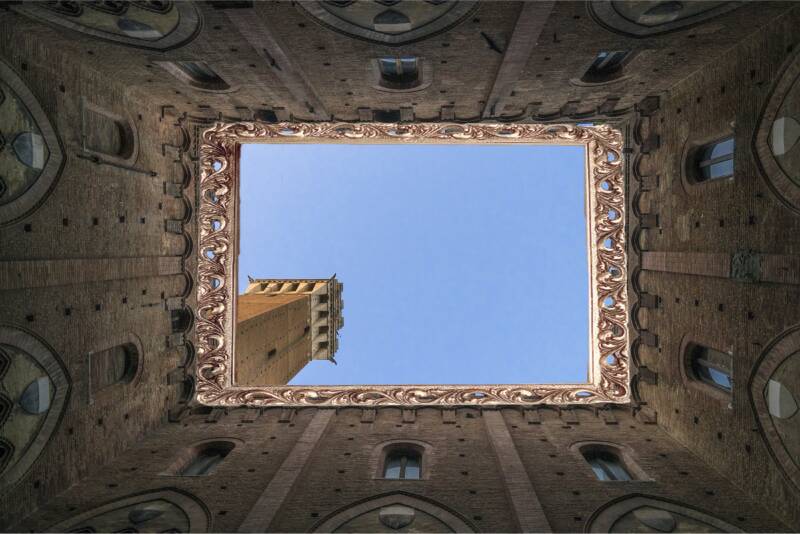 Viktor Frankl was a prisoner in Auschwitz when he made the fundamental discovery for which he later became famous as part of his work as a psychotherapist. What gave people the will to live was the belief that there was a task for them to perform, a mission for them to accomplish that they had not yet completed and that was waiting for them to do in the future. Frankl discovered that “it did not really matter what we expected from life, but rather what life expected from us.”

The mental shift this involved came to be known, especially in cognitive behavioural therapy, as reframing. Just as a painting can look different when placed in a different frame, so can a life. The facts don’t change, but the way we perceive them does. Frankl writes that he was able to survive Auschwitz by daily seeing himself as if he were in a university, giving a lecture on the psychology of the concentration camp. Everything that was happening to him was transformed by this one act of the mind into a series of illustrations of the points he was making in the lecture.  He later wrote:

“By this method, I succeeded somehow in rising above the situation, above the sufferings of the moment, and I observed them as if they were already of the past.”

Reframing tells us that though we cannot always change the circumstances in which we find ourselves, we can change the way we see them, and this itself changes the way we feel.

Yet this modern discovery is really a re-discovery, because the first great re-framer in history was Yosef, as we will see in this week’s parsha and the next.

Let’s recap: He had been sold into slavery by his brothers. He had lost his freedom for thirteen years, and been separated from his father and his family for twenty-two years. It would be understandable if he felt resentment toward his brothers, and a desire for revenge. Yet he rose above such feelings, and did so precisely by shifting his experiences into a different frame.

Yosef reframed his entire past. He no longer saw himself as a man wronged by his brothers. He had come to see himself as a man charged with a life-saving mission by God. Everything that had happened to him was necessary so that he could achieve his purpose in life: to save an entire population from starvation during a famine, and to provide a safe haven for his family.

This single act of reframing allowed Joseph to live without a burning sense of anger and injustice. It enabled him to forgive his brothers and be reconciled with them. It transformed the negative energies of feelings about the past into focused attention to the future. Yosef, without knowing it, had become the forerunner of one of the great movements in psychotherapy in the modern world. He showed the power of reframing. We cannot change the past. But by changing the way we think about the past, we can change the future.

Whatever situation we are in, by reframing it we can change our entire response, giving us the strength to survive, the courage to persist, and the resilience to emerge, on the far side of darkness, into the light of a new and better day.

Will There Be Good Singing?

When I think about the impact of Rabbi Sacks on my New York community, and on myself, there is one story that always stands out for me. It was Shabbat morning in the spring of 2010, and Rabbi Sacks and Elaine were in New York, with plans to visit our Lincoln Square community.

Knowing that the shul would be full-to-the-brim well in advance of the 9am start of services, my husband and I swung by Rabbi Sacks’ hotel early to accompany him during the short walk along Broadway to shul. His first question taught me something important. He asked us, “Will there be good singing?”

Rabbi Sacks cared that every single person would leave shul feeling uplifted, that they would feel united with everyone present, and become part of something larger than themselves for this Shabbat morning.

I might have assumed that his sermon would provide the unifying power he so desired. When he spoke, we certainly all listened. However, his concern for the quality of the experience for all attending led him to focus on the opportunities for everyone to do something active themselves. Aware of the challenges presented by a morning spent in prayer, and passionately wanting everyone’s experience to be uplifting and powerful, Rabbi Sacks focused on communal singing as the key to fully realising the spiritual potential of the day. He saw prayer as “spiritual exercise”. Like exercise, prayer keeps us spiritually healthy, it requires practice, and it has a great potential for joy. His approach to tefillah continues to encourage me onward in my journey, and it raised the roof at Lincoln Square that day!

Sarah Hass Robinson is a professor at Wurzweiler School of Social Work, Yeshiva University, and Rebbetzin at Lincoln Square Synagogue.

Do you have a favourite quote from Rabbi Sacks’ essay this week?

Yes, I do! My favourite quote for this week has to be, “We cannot change the past, but by changing the way we think about the past, we can change the future.”

What do these words mean to you?

As a psychotherapist I gain incredible strength from the ability of individuals to return, in their memories, to experiences which might have been painful, and to give them a new meaning. This can often open the person to opportunities to appreciate themselves more, and feel more comfortable in interactions with other people. A new mother anxious about the effectiveness of her bonding with a baby can learn to focus on the richness of the baby’s experience with others, instead of experiencing them as competition. A child or adult who has been mistreated by a person in authority in their life can conclude “this was not my fault” and put down the immobilising guilt which can be a response to their experience. The human skills of language and imagination are truly superpowers!

What is the main takeaway for the young people reading this week’s parsha?

If I think about a message for the next generation, it would be a response to the idea that Yosef’s reframing of his circumstances permitted him “to live without a burning sense of anger and injustice.”

Both of those feelings, as well as the fear, grief, shame, and despair which we can imagine he experienced throughout his time in Egypt, are real, true, and impactful. However, validating these negative and incredibly distressing emotions does not give them permission to take over. Reframing is the process of honouring negative emotional experiences and employing the discipline and self-confidence to decide the impact you wish to allow them to have. It is not easy to learn, but it is a skill for life.

Q: Can you name all three times in the Torah when someone threw their arms around a relative’s neck (vayipol al-tzavarav) and wept on their shoulder?

A: All three instances can be found in the book of Bereishit, and two of the three are in this week’s sedra! The three occurrences are:

1. When Eisav threw his arms around Yaacov’s neck in Vayishlach (see Bereishit 33:4).
2. When Yosef and Binyamin fell on each other’s shoulders when they were finally reunited in this week’s parsha (Bereishit 45:14).
3. When Yosef threw his arms around his father Yaacov’s neck and wept on his shoulder during their emotional reunion – which occurs at the end of our parsha this week (Bereishit 46:29).