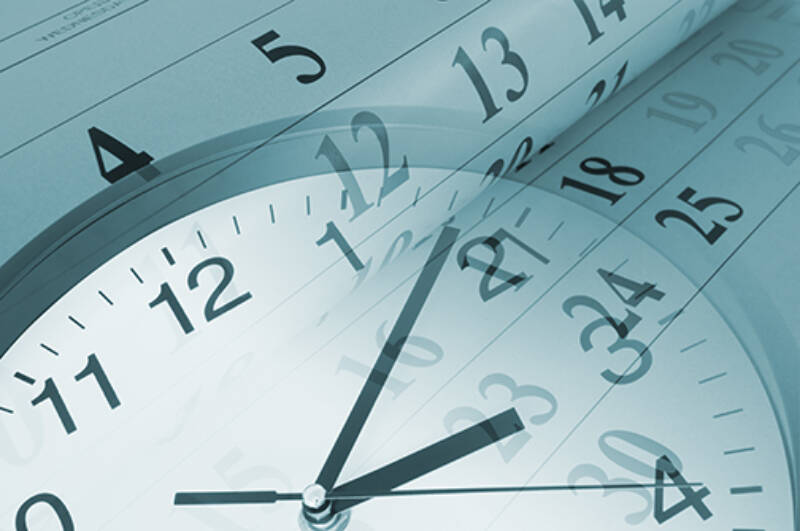 It was a unique, unrepeatable moment of leadership at its highest height. For forty days Moses had been communing with God, receiving from Him the Law written on Tablets of stone. Then God informed him that the people had just made a Golden Calf. He would have to destroy them. It was the worst crisis of the wilderness years, and it called for every one of Moses’ gifts as a leader.

First, he prayed to God not to destroy the people. God agreed. Then he went down the mountain and saw the people cavorting around the Calf. Immediately, he smashed the Tablets. He burned the Calf, mixed its ashes with water and made the people drink. Then he called for people to join him. The Levites heeded the call and carried out a bloody punishment in which three thousand people died. Then Moses went back up the mountain and prayed for forty days and nights. Then for a further forty days he stayed with God while a new set of Tablets was engraved. Finally, he came down the mountain on the tenth of Tishri, carrying the new Tablets with him as a visible sign that God’s covenant with Israel remained.

This was an extraordinary show of leadership, at times bold and decisive, at others slow and persistent. Moses had to contend with both sides, inducing the Israelites to do teshuvah and God to exercise forgiveness. At that moment he was the greatest ever embodiment of the name Israel, meaning one who wrestles with God and with people and prevails.

The good news is: there once was a Moses. Because of him, the people survived. The bad news is: what happens when there is no Moses? The Torah itself says: “No other Prophet has risen in Israel like Moses, whom the Lord knew face to face” (Deut. 34:10). What do you do in the absence of heroic leadership? That is the problem faced by every nation, corporation, community and family. It is easy to think, “What would Moses do?” But Moses did what he did because he was what he was. We are not Moses. That is why every human group that was once touched by greatness faces a problem of continuity. How does it avoid a slow decline?

The answer is given in this week’s parsha. The day Moses descended the mountain with the second Tablets was to be immortalised when its anniversary became the holiest of days, Yom Kippur. On this day, the drama of teshuvah and kapparah, repentance and atonement, was to be repeated annually. This time, though, the key figure would not be Moses but Aaron, not the Prophet but the High Priest.

That is how you perpetuate a transformative event: by turning it into a ritual. Max Weber called this the routinisation of charisma.[1] A once-and-never-again moment becomes a once-and-ever-again ceremony. As James MacGregor Burns puts it in his classic work, Leadership: “The most lasting tangible act of leadership is the creation of an institution – a nation, a social movement, a political party, a bureaucracy – that continues to exert moral leadership and foster needed social change long after the creative leaders are gone.”[2]

There is a remarkable Midrash in which various Sages put forward their idea of klal gadol ba-Torah, “the great principle of the Torah.” Ben Azzai says it is the verse, “This is the book of the chronicles of man: On the day that God created man, He made him in the likeness of God” (Gen. 5:1). Ben Zoma says that there is a more embracing principle, “Listen, Israel, the Lord our God, the Lord is one.” Ben Nannas says there is a yet more embracing principle: “Love your neighbour as yourself.” Ben Pazzi says we find a more embracing principle still: “The first sheep shall be offered in the morning, and the second sheep in the afternoon” (Exodus 29:39) – or, as we might say today, Shacharit, Minchah and Maariv. In a word: “routine”. The passage concludes: The law follows Ben Pazzi.[3]

The meaning of Ben Pazzi’s statement is clear: all the high ideals in the world – the human person as God’s image, belief in God’s unity, and the love of neighbours – count for little until they are turned into habits of action that become habits of the heart. We can all recall moments of insight or epiphany when we suddenly understood what life is about, what greatness is, and how we would like to live. A day, a week, or at most a year later the inspiration fades and becomes a distant memory and we are left as we were before, unchanged.

Judaism’s greatness is that it gave space to both Prophet and Priest, to inspirational figures on the one hand, and on the other, daily routines – the halachah – that take exalted visions and turn them into patterns of behaviour that reconfigure the brain and change how we feel and who we are.

One of the most unusual passages I have ever read about Judaism written by a non-Jew occurs in William Rees-Mogg’s book on macro-economics, The Reigning Error.[4] Rees-Mogg (1928-2012) was a financial journalist who became editor of The Times, chairman of the Arts Council and vice-chairman of the BBC. Religiously he was a committed Catholic.

He begins the book with a completely unexpected paean of praise for halachic Judaism. He explains his reason for doing so. Inflation, he says, is a disease of inordinacy, a failure of discipline, in this case in relation to money. What makes Judaism unique, he continues, is its legal system. This has been wrongly criticised by Christians as drily legalistic. In fact, Jewish law was essential for Jewish survival because it “provided a standard by which action could be tested, a law for the regulation of conduct, a focus for loyalty and a boundary for the energy of human nature.”

All sources of energy, most notably nuclear energy, need some form of containment. Without this, they become dangerous. Jewish law has always acted as a container for the spiritual and intellectual energy of the Jewish people. That energy “has not merely exploded or been dispersed; it has been harnessed as a continuous power.” What Jews have, he argues, modern economies lack: a system of self-control that allows economies to flourish without booms and crashes, inflation and recession.

The same applies to leadership. In Good to Great, management theorist Jim Collins argues that what the great companies have in common is a culture of discipline. In Great By Choice, he uses the phrase “the 20-Mile March” meaning that outstanding organisations plan for the marathon, not the sprint. Confidence, he says, “comes not from motivational speeches, charismatic inspiration, wild pep rallies, unfounded optimism, or blind hope.”[5] It comes from doing the deed, day after day, year after year. Great companies use disciplines that are specific, methodical and consistent. They encourage their people to be self-disciplined and responsible. They do not over-react to change, be it for good or bad. They keep their eye on the far horizon. Above all, they do not depend on heroic, charismatic leaders who at best lift the company for a while but do not provide it with the strength-in-depth they need to flourish in the long run.

The classic instance of the principles articulated by Burns, Rees-Mogg and Collins is the transformation that occurred between Ki Tissa and Acharei Mot, between the first Yom Kippur and the second, between Moses’ heroic leadership and the quiet, understated priestly discipline of an annual day of repentance and atonement.

Turning ideals into codes of action that shape habits of the heart is what Judaism and leadership are about. Never lose the inspiration of the Prophets, but never lose, either, the routines that turn ideals into acts and dreams into achieved reality.