In Search of the Why 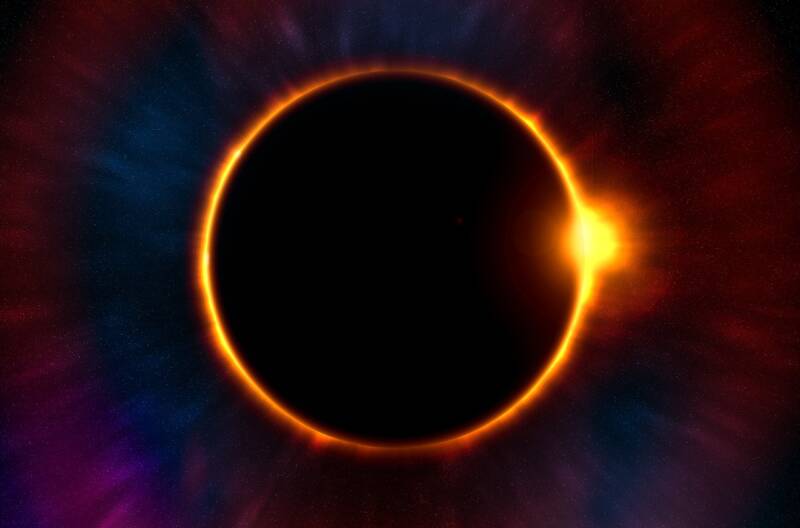 The most often quoted of all Nietzsche’s remarks – indeed one of the most quoted sentences of all in recent times – is his statement that “One who has a why to live for can bear almost any how.”[1] If life has a meaning, if our own life has a purpose, if there is a task we have yet to fulfil, then something within us gives us the strength to survive suffering and sorrow. The call of the future helps us get through the pain of the present and the trauma of the past.

Ironically it was Nietzsche himself who saw more clear-sightedly than anyone else that loss of faith in God would result in the death of meaning. This is what he has his madman say as he is announcing the “death of God”:

What did we do when we unchained the earth from its sun? Whither is it moving now? Whither are we moving now? Away from all suns? Are we not perpetually falling? Backward, sideward, forward, in all directions? Is there any up or down left? Are we not straying as through an infinite nothing? Do we not feel the breath of empty space? Has it not become colder? Is it not more and more night coming on all the time?[2]

Infinite nothing. Empty space. A world without God is, in an ultimate sense, a universe without a why. It may have beauty, grandeur, scale and scope – but not meaning.

Almost precisely the opposite insight occurred, more than two hundred years earlier, to one of the most brilliant mathematicians of the 17th century, Blaise Pascal, who wrote, as if in anticipation of Nietzsche, “The eternal silence of these infinite spaces terrifies me.” During the night of 23 November 1654, Pascal, then aged 31, had a life-changing religious experience which he described in the following note: “Fire. God of Abraham, God of Isaac, God of Jacob, not of the philosophers and the scholars…” He ended by quoting Psalm 119:16: “I will not forget thy word. Amen.” He sewed this note into his coat, kept it with him always, and dedicated the rest of his life to exploring religious faith.

The God of Abraham, Isaac and Jacob is the God who speaks, who calls, who listens. The infinite spaces are not silent. Beneath and beyond them is the still, small voice of God, and it is this that gives meaning to history and to our individual lives.  As the historian J.H. Plumb wrote: “The concept that within the history of mankind itself a process was at work which would mould his future… seems to have found its first expression amongst the Jews.” For the Jews, said Plumb, “the past became more than a collection of tales.” It became “an intimate part of destiny, and an interpretation of the future, more certain, more absolute, more comprehensive, than any divination, either by the stars or oracles could ever be.”[3] Jews were the first to find meaning in history. They discovered the why. That is why they were able to bear almost any how. Judaism is the oldest, deepest expression of humanity as the meaning-seeking and -finding animal.

These are, relatively speaking, modern thoughts. Yet they lie at the heart of parshat Bechukotai – if we follow the interpretation of Maimonides. Bechukotai begins with the blessings that will ensue if the Israelites are faithful to their mission and covenant with God. Then come the curses that will follow disobedience. They are long, terrifying and relentless – even if they end, as they do, with a note of consolation; “Yet, despite all this, when they are in the land of their enemies, I will not spurn them, or abhor them so as to destroy them utterly and break My covenant with them; for I am the Lord their God” (Lev. 26:44). How, though, are we to interpret the blessing and the curse?

The keyword of the curses is keri. The word appears here seven times – and nowhere else in the entire Tanach. The basic principle is clear. “If you act towards Me with keri, – says God – I will act towards you with keri.” But what the word means is not clear. The various translations include rebelliousness, obstinacy, indifference, hard-heartedness and reluctance.

Maimonides, however, relates it to the word mikreh, meaning “by chance.” He interprets the overall message as: if you behave as if history were mere chance, and not Divine Providence, then, says God, I will leave you to chance. The result will be that Israel – a small nation set in a highly hostile neighbourhood, then and now – will eventually be defeated, devastated, and come close to destruction.

This is a remarkable reading and points toward a distinction that we sometimes forget: between Divine punishment on the one hand, and the withdrawal of Divine Providence on the other – what the Torah calls “the hiding of the face” of God.[4] When God punishes, He punishes the guilty. But when God “hides His face,” even the innocent may suffer.

God hides His face from man when man hides his face from God. That is how Maimonides understands the parsha, and it is strikingly similar to Nietzsche’s claim that “God is dead.” When God is eclipsed, all that remains is “infinite nothing” and “empty space.” What dies is not God but man, the meaning-seeking animal. In his place, as Nietzsche knew, comes man the power-seeking animal. From there it is a short step to nihilism and barbarism.

To be a Jew is to have faith that our individual lives and our collective history have meaning. God is there even if we cannot feel him. He hears us even when we do not hear Him. That is the blessing. It gave our people the courage to survive some of the worst blows ever to befall a people. It is what gives us, as individuals, the strength to come through “the slings and arrows of outrageous fortune.” Lose that faith and we lose that strength. We are “left to chance.” That is the curse. Chance is not kind but blind. The curse is not a punishment, but a consequence.

Hence the life-changing idea: search for meaning and you will discover strength. Life is not mikreh, mere chance. It is a story of which you are a part, a question to which you are the answer, a call directed to the smartphone of your soul. That is our people’s collective destiny, within which each of us has a specific and individual purpose. Find it and your why will carry you through almost any how. Or as Jordan Peterson puts it: “Meaning is the Way, the path of life more abundant, the place you live when you are guided by Love and speaking Truth and when nothing you want or could possibly want takes any precedence over precisely that.”[5] Hence his Rule 7: Pursue what is meaningful, not what is expedient.

For everything there is a meaning. It does not always say: this is why such-and-such happened. Sometimes it says: given that such-and-such happened, this is what you must do. Once we find the why, even a curse can be turned into a blessing. Without the why, even a blessing can become a curse. So search for the why and the rest will follow: strength, fulfilment, peace.

[1] The actual quote, from the ‘Maxims and Arrows’ section of Twilight of the Idols is: “If we possess our why of life we can put up with almost any how.” Nietzsche, Twilight of the idols and The Antichrist, translated by RJ Hollingdale, Penguin, 2003, 33. The irony is that the person who did most to popularise this quote was Viktor Frankl, a survivor of Auschwitz. On Nietzsche’s antisemitism, see Robert C. Holub, Nietzsche’s Jewish Problem, Princeton University Press, 2016.
[2] Friedrich Nietzsche, The Gay Science, translated by Walter Kaufmann, Vintage Books, 1974, 181.
[3] J H Plumb, The Death of the Past, Pelican, 1973, 56-7.
[4] See Deuteronomy 31:18.
[5] Jordan B. Peterson, 12 Rules for Life: an antidote to chaos, Allen Lane, 2018, 201.

Search for meaning and you will discover strength, fulfilment and peace.