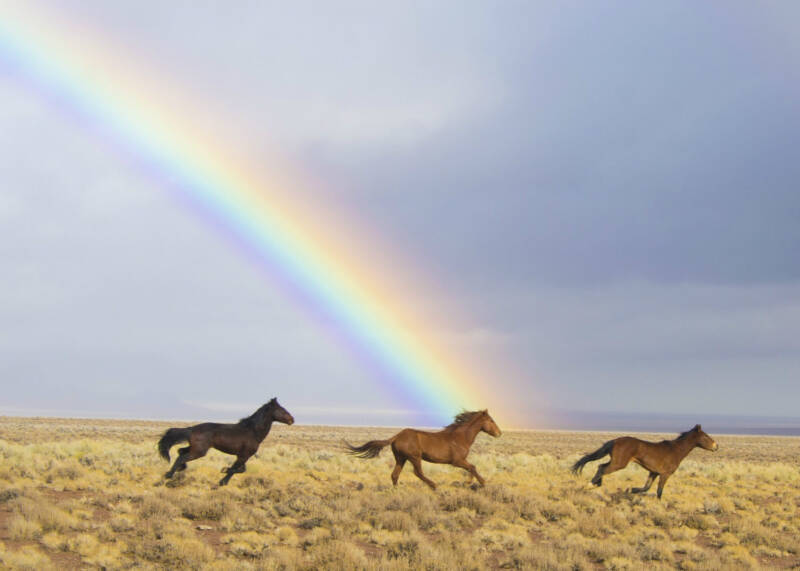 Tanach, the Hebrew Bible, is remarkable for the extreme realism with which it portrays human character. Its heroes are not superhuman. Its non-heroes are not archetypal villains. The best have failings; the worst often have saving virtues. I know of no other religious literature quite like it.

This makes it very difficult to use biblical narrative to teach a simple, black-and-white approach to ethics. And that – argued R. Zvi Hirsch Chajes (Mevo ha-Aggadot) – is why rabbinic Midrash often systematically re-interprets the narrative so that the good become all-good and the bad all-bad. For sound educational reasons, Midrash paints the moral life in terms of black and white.

Yet the plain sense remains (“A biblical passage never loses its plain interpretation”, Shabbat 63a), and it is important that we do not lose sight of it. It is as if monotheism brought into being at the same time a profound humanism. God in the Hebrew Bible is nothing like the gods of myth. They were half-human, half-divine. The result was that in the epic literature of pagan cultures, human heroes were seen as almost like gods: semi-divine.

In stark contrast, monotheism creates a total distinction between God and humanity. If God is wholly God, then human beings can be seen as wholly human – subtle, complex mixtures of strength and weakness. We identify with the heroes of the Bible because, despite their greatness, they never cease to be human, nor do they aspire to be anything else. Hence the phenomenon of which the sedra of Beha’alotecha provides a shattering example: the vulnerability of some of the greatest religious leaders of all time, to depression and despair.

The context is familiar enough. The Israelites are complaining about their food:

“The rabble among them began to crave other food, and again the Israelites started wailing and said, ‘If only we had meat to eat! We remember the fish we ate in Egypt at no cost—also the cucumbers, melons, leeks, onions and garlic. But now we have lost our appetite; we never see anything but this manna!’”

This is not a new story. We have heard it before (see for example Exodus 16). Yet on this occasion, Moses experiences what one can only call a breakdown:

He asked the Lord, “Why have You brought this trouble on Your servant? What have I done to displease You that You put the burden of all these people on me? Did I conceive all these people? Did I give them birth? . . . I cannot carry all these people by myself; the burden is too heavy for me. If this is how You are going to treat me, put me to death right now—if I have found favour in Your eyes—and do not let me face my own ruin.”

Moses prays for death! Nor is he the only person in Tanach to do so. There are at least three others. There is Elijah, when after his successful confrontation with the prophets of Baal at Mount Carmel, Queen Jezebel issues a warrant that he be killed:

Elijah was afraid and ran for his life. When he came to Beersheba in Judah, he left his servant there, while he himself went a day’s journey into the desert. He came to a broom tree, sat down under it and prayed that he might die. “I have had enough, Lord,” he said. “Take my life; I am no better than my ancestors.”

There is Jonah, after God had forgiven the inhabitants of Nineveh:

Jonah was greatly displeased and became angry. He prayed to the Lord, “O Lord, is this not what I said when I was still at home? That is why I was so quick to flee to Tarshish. I knew that you are a gracious and compassionate God, slow to anger and abounding in love, a God who relents from sending calamity. Now, O Lord, take away my life, for it is better for me to die than to live.”

And there is Jeremiah, after the people fail to heed his message and publicly humiliate him:

“O Lord, You enticed me, and I was enticed; You overpowered me and prevailed. I am ridiculed all day long; everyone mocks me . . . The word of the Lord has brought me insult and reproach all day long . . . Cursed be the day I was born! May the day my mother bore me not be blessed! Cursed be the man who brought my father the news, made him very glad, saying, “A child is born to you—a son!” . . . Why did I ever come out of the womb to see trouble and sorrow and to end my days in shame?”

Lehavdil elef havdalot: no comparison is intended between the religious heroes of Tanach and political heroes of the modern world. They are different types, living in different ages, functioning in different spheres. Yet we find a similar phenomenon in one of the great figures of the twentieth century, Winston Churchill. Throughout much of his life he was prone to periods of acute depression. He called it “the black dog”. He told his daughter, “I have achieved a great deal to achieve nothing in the end”. He told a friend that “he prays every day for death”. In 1944 he told his doctor, Lord Moran, that he kept himself from standing close to a train platform or overlooking the side of a ship because he might be tempted to commit suicide: “A second’s desperation would end everything”.[1]

Why are the greatest so often haunted by a sense of failure? Storr, in the book mentioned above, offers some compelling psychological insights. But at the simplest level we see certain common features, at least among the biblical prophets: a passionate drive to change the world, combined with a deep sense of personal inadequacy. Moses says, “Who am I . . . that I should lead the Israelites out of Egypt?” (Ex. 3:11). Jeremiah says: “I cannot speak: I am only a child” (Jer. 1:6). Jonah tries to flee from his mission. The very sense of responsibility that leads a prophet to heed the call of God can lead him to blame himself when the people around him do not heed the same call.

Yet it is that same inner voice that ultimately holds the cure. The prophet does not believe in himself: he believes in God. He does not undertake to lead because he sees himself as a leader, but because he sees a task to be done and no one else willing to do it. His greatness lies not within himself but beyond himself: in his sense of being summoned to a task that must be done however inadequate he knows himself to be.

Despair can be part of leadership itself. For when the prophet sees himself reviled, rebuked, criticised; when his words fall on stony ground; when he sees people listening to what they want to hear, not what they need to hear – that is when the last layers of self are burned away, leaving only the task, the mission, the call. When that happens, a new greatness is born. It now no longer matters that the prophet is unpopular and unheeded. All that matters is the work and the One who has summoned him to it. That is when the prophet arrives at the truth stated by Rabbi Tarfon: “It is not for you to complete the task, but neither are you free to stand aside from it” (Avot 2:16).

Again without seeking to equate the sacred and the secular, I end with some words spoken by Theodore Roosevelt (in a speech to students at the Sorbonne, Paris, 23 April 1910), which sum up both the challenge and the consolation of leadership in cadences of timeless eloquence:

It is not the critic who counts, Not the man who points out how the strong man stumbles, Or where the doer of deeds could actually have done them better. The credit belongs to the man who is actually in the arena, Whose face is marred by dust and sweat and blood, Who strives valiantly, Who errs and comes short again and again – Because there is no effort without error and shortcoming; But who does actually strive to do the deeds, Who knows great enthusiasms, the great devotions, Who spends himself in a worthy cause, Who at the best knows in the end the triumph of high achievement, And who, at the worst, if he fails, at least fails while daring greatly, So that his place shall never be with those cold and timid souls who neither know victory nor defeat.

Leadership in a noble cause can bring despair. But it also is the cure.