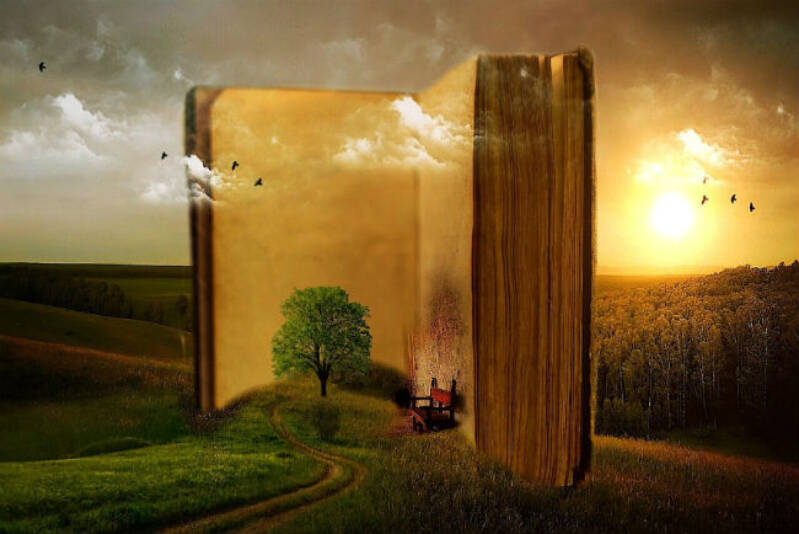 At the end, however, he makes a very striking and unexpected point: “The single most important thing you can do for your family may be the simplest of all: develop a strong family narrative.” He quotes a study from Emory University that the more children know about their family’s story, “the stronger their sense of control over their lives, the higher their self-esteem, the more successfully they believe their family functions.”[2]

A family narrative connects children to something larger than themselves. It helps them make sense of how they fit into the world that existed before they were born. It gives them the starting-point of an identity. That in turn becomes the basis of confidence. It enables children to say: This is who I am. This is the story of which I am a part. These are the people who came before me and whose descendant I am. These are the roots of which I am the stem reaching upward toward the sun.

Nowhere was this point made more dramatically than by Moses in this week’s parsha. The tenth plague is about to strike. Moses knows that this will be the last. Pharaoh will not merely let the people go. He will urge them to leave. So, on God’s command, he prepares the people for freedom. But he does so in a way that is unique. He does not talk about liberty. He does not speak about breaking the chains of bondage. He does not even mention the arduous journey that lies ahead. Nor does he enlist their enthusiasm by giving them a glimpse of the destination, the Promised Land that God swore to Abraham, Isaac and Jacob, the land of milk and honey.

He talks about children. Three times in the course of the parsha he turns to the theme:

And when your children ask you, ‘What do you mean by this rite?’ you shall say . . .

And you shall explain to your child on that day, ‘It is because of what the Lord did for me when I went free from Egypt’

This is wonderfully counterintuitive. He doesn’t speak about tomorrow but about the distant future. He does not celebrate the moment of liberation. Instead he wants to ensure that it will form part of the people’s memory until the end of time. He wants each generation to pass on the story to the next. He wants Jewish parents to become educators, and Jewish children to be guardians of the past for the sake of the future. Inspired by God, Moses taught the Israelites the lesson arrived at via a different route by the Chinese: If you plan for a year, plant rice. If you plan for a decade, plant a tree. If you plan for a century, educate a child.

Jews became famous throughout the ages for putting education first. Where others built castles and palaces, Jews built schools and houses of study. From this flowed all the familiar achievements in which we take collective pride: the fact that Jews knew their texts even in ages of mass illiteracy; the record of Jewish scholarship and intellect; the astonishing over-representation of Jews among the shapers of the modern mind; the Jewish reputation, sometimes admired, sometimes feared, sometimes caricatured, for mental agility, argument, debate, and the ability to see all sides of a disagreement.

But Moses’ point wasn’t simply this. God never commanded us: Thou shall win a Nobel Prize. What he wanted us to teach our children was a story. He wanted us to help our children understand who they are, where they came from, what happened to their ancestors to make them the distinctive people they became and what moments in their history shaped their lives and dreams. He wanted us to give our children an identity by turning history into memory, and memory itself into a sense of responsibility. Jews were not summoned to be a nation of intellectuals. They were called on to be actors in a drama of redemption, a people invited by God to bring blessings into the world by the way they lived and sanctified life.

For some time now, along with many others in the West, we have sometimes neglected this deeply spiritual element of education. That is what makes Lisa Miller’s recent book The Spiritual Child,[3] an important reminder of a forgotten truth. Professor Miller teaches psychology and education at Columbia University and co-edits the journal Spirituality in Clinical Practice. Her book is not about Judaism or even religion as such, but specifically about the importance of parents encouraging the spirituality of the child.

Children are naturally spiritual. They are fascinated by the vastness of the universe and our place in it. They have the same sense of wonder that we find in some of the greatest of the psalms. They love stories, songs and rituals. They like the shape and structure they give to time, and relationships, and the moral life. To be sure, sceptics and atheists have often derided religion as a child’s view of reality, but that only serves to strengthen the corollary, that a child’s view of reality is instinctively, intuitively religious. Deprive a child of that by ridiculing faith, abandoning ritual, and focusing instead on academic achievement and other forms of success, and you starve him or her of some of the most important elements of emotional and psychological well-being.

As Professor Miller shows, the research evidence is compelling. Children who grow up in homes where spirituality is part of the atmosphere at home are less likely to succumb to depression, substance abuse, aggression and high-risk behaviours including physical risk-taking and “a sexuality devoid of emotional intimacy”. Spirituality plays a part in a child’s resilience, physical and mental health and healing. It is a key dimension of adolescence and its intense search for identity and purpose. The teenage years often take the form of a spiritual quest. And when there is a cross-generational bond through which children and parents come to share a sense of connection to something larger, an enormous inner strength is born. Indeed the parent-child relationship, especially in Judaism, mirrors the relationship between God and us.

That is why Moses so often emphasises the role of the question in the process of education: “When your child asks you, saying…” – a feature ritualised at the Seder table in the form of the Mah nishtanah. Judaism is a questioning and argumentative faith, in which even the greatest ask questions of God, and in which the rabbis of the Mishnah and Midrash constantly disagree. Rigid doctrinal faith that discourages questions, calling instead for blind obedience and submission, is psychologically damaging and fails to prepare a child for the complexity of real life. What is more, the Torah is careful, in the first paragraph of the Shema, to say, “You shall love the Lord your God …” before saying, “You shall teach these things diligently to your children.” Parenthood works when your children see that you love what you want them to learn.

The long walk to freedom, suggests this week’s parsha, is not just a matter of history and politics, let alone miracles. It has to do with the relationship between parents and children. It is about telling the story and passing it on across the generations. It is about a sense of God’s presence in our lives. It is about making space for transcendence, wonder, gratitude, humility, empathy, love, forgiveness and compassion, ornamented by ritual, song and prayer. These help to give a child confidence, trust and hope, along with a sense of identity, belonging and at-home-ness in the universe.

You cannot build a healthy society out of emotionally unhealthy families and angry and conflicted children. Faith begins in families. Hope is born in the home.