A Call from the Future 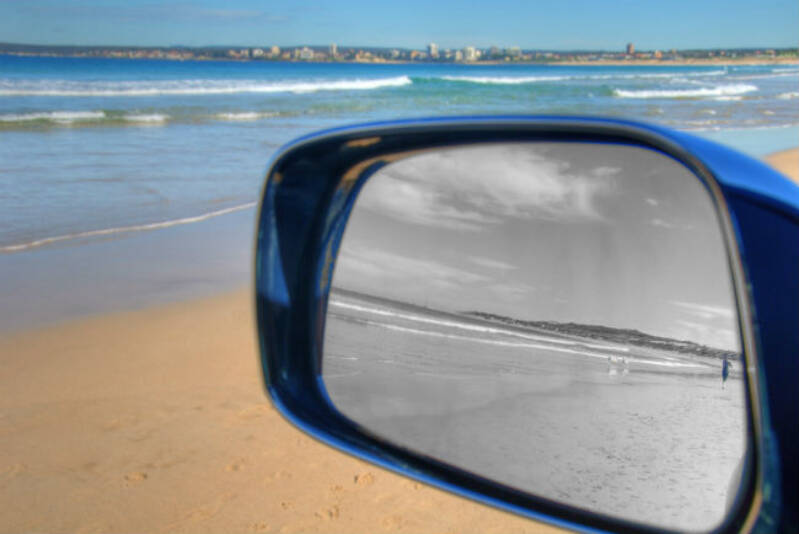 A Call from the Future

He was 137 years old. He had been through two traumatic events involving the people most precious to him in the world. The first involved the son for whom he had waited for a lifetime, Isaac. He and Sarah had given up hope, yet God told them both that they would have a son together, and it would be he who would continue the covenant. The years passed. Sarah did not conceive. She had grown old, yet God still insisted they would have a child.

Eventually it came. There was rejoicing. Sarah said: “God has brought me laughter, and everyone who hears about this will laugh with me.” (Gen. 21:6) Then came the terrifying moment when God said to Abraham: “Take your son, your only one, the one you love… and offer him as a sacrifice.” (Gen. 22:2) Abraham did not dissent, protest or delay. Father and son travelled together, and only at the last moment did the command come from heaven saying, “Stop!” How does a father, let alone a son, survive a trauma like that?

Then came grief. Sarah, Abraham’s beloved wife, died. She had been his constant companion, sharing the journey with him as they left behind all they knew; their land, their birthplace, and their families. Twice she saved Abraham’s life by pretending to be his sister.

What does a man of 137 do – the Torah calls him “old and advanced in years” (Gen. 24:1) – after such a trauma and such a bereavement? We would not be surprised to find that he spent the rest of his days in sadness and memory. He had done what God had asked of him. Yet he could hardly say that God’s promises had been fulfilled. Seven times he had been promised the land of Canaan, yet when Sarah died he owned not one square inch of it, not even a place in which to bury his wife. God had promised him many children, a great nation, many nations, as many as the grains of sand in the seashore and the stars in the sky. Yet he had only one son of the covenant, Isaac, whom he had almost lost, and who was still unmarried at the age of thirty-seven. Abraham had every reason to sit and grieve.

Yet he did not. In one of the most extraordinary sequences of words in the Torah, his grief is described in a mere five Hebrew words: in English, “Abraham came to mourn for Sarah and to weep for her.” (Gen. 23:2) Then immediately we read, “And Abraham rose from his grief.” From then on, he engaged in a flurry of activity with two aims in mind: first to buy a plot of land in which to bury Sarah, second to find a wife for his son. Note that these correspond precisely to the two Divine blessings: of land and descendants. Abraham did not wait for God to act. He understood one of the profoundest truths of Judaism: that God is waiting for us to act.

How did Abraham overcome the trauma and the grief? How do you survive almost losing your child and actually losing your life-partner, and still have the energy to keep going? What gave Abraham his resilience, his ability to survive, his spirit intact?

I learned the answer from the people who became my mentors in moral courage, namely the Holocaust survivors I had the privilege to know. How, I wondered, did they keep going, knowing what they knew, seeing what they saw? We know that the British and American soldiers who liberated the camps never forgot what they witnessed. According to Niall Fergusson’s new biography of Henry Kissinger,[1] who entered the camps as an American soldier, the sight that met his eyes transformed his life. If this was true of those who merely saw Bergen-Belsen and the other camps, how almost infinitely more so, those who lived there and saw so many die there. Yet the survivors I knew had the most tenacious hold on life. I wanted to understand how they kept going.

Eventually I discovered. Most of them did not talk about the past, even to their marriage partners, even to their children. Instead they set about creating a new life in a new land. They learned its language and customs. They found work. They built careers. They married and had children. Having lost their own families, the survivors became an extended family to one another. They looked forward, not back. First they built a future. Only then – sometimes forty or fifty years later – did they speak about the past. That was when they told their story, first to their families, then to the world. First you have to build a future. Only then can you mourn the past.

Two people in the Torah looked back, one explicitly, the other by implication. Noah, the most righteous man of his generation, ended his life by making wine and becoming drunk. The Torah does not say why, but we can guess. He had lost an entire world. While he and his family were safe on board the ark, everyone else – all his contemporaries – had drowned. It is not hard to imagine this righteous man overwhelmed by grief as he replayed in his mind all that had happened, wondering whether he might have done something to save more lives or avert the catastrophe.

Lot’s wife, against the instruction of the angels, actually did look back as the cities of the plain disappeared under fire and brimstone and the anger of God. Immediately she was turned into a pillar of salt, the Torah’s graphic description of a woman so overwhelmed by shock and grief as to be unable to move on.

It is the background of these two stories that helps us understand Abraham after the death of Sarah. He set the precedent: first build the future, and only then can you mourn the past. If you reverse the order, you will be held captive by the past. You will be unable to move on. You will become like Lot’s wife.

Something of this deep truth drove the work of one of the most remarkable survivors of the Holocaust, the psychotherapist Viktor Frankl. Frankl lived through Auschwitz, dedicating himself to giving other prisoners the will to live. He tells the story in several books, most famously in Man’s Search for Meaning.[2] He did this by finding for each of them a task that was calling to them, something they had not yet done but that only they could do. In effect, he gave them a future. This allowed them to survive the present and turn their minds away from the past.

Frankl lived his teachings. After the liberation of Auschwitz he built a school of psychotherapy called Logotherapy, based on the human search for meaning. It was almost an inversion of the work of Freud. Freudian psychoanalysis had encouraged people to think about their very early past. Frankl taught people to build a future, or more precisely, to hear the future calling to them. Like Abraham, Frankl lived a long and good life, gaining worldwide recognition and dying at the age of ninety-two.

Abraham heard the future calling to him. Sarah had died. Isaac was unmarried. Abraham had neither land nor grandchildren. He did not cry out, in anger or anguish, to God. Instead, he heard the still, small voice saying: The next step depends on you. You must create a future that I will fill with My spirit. That is how Abraham survived the shock and grief. God forbid that we experience any of this, but if we do, this is how to survive.

God enters our lives as a call from the future. It is as if we hear him beckoning to us from the far horizon of time, urging us to take a journey and undertake a task that, in ways we cannot fully understand, we were created for. That is the meaning of the word vocation, literally “a calling”, a mission, a task to which we are summoned.

We are not here by accident. We are here because God wanted us to be, and because there is a task we were meant to fulfil. Discovering what that is, is not easy, and often takes many years and false starts. But for each of us there is something God is calling on us to do, a future not yet made that awaits our making. It is future-orientation that defines Judaism as a faith, as I explain in the last chapter of my book Future Tense.[3]

So much of the anger, hatred and resentments of this world are brought about by people obsessed by the past and who, like Lot’s wife, are unable to move on. There is no good ending to this kind of story, only more tears and more tragedy. The way of Abraham in Chayei Sarah is different. First build the future. Only then can you mourn the past.