A Journey of a Thousand Miles 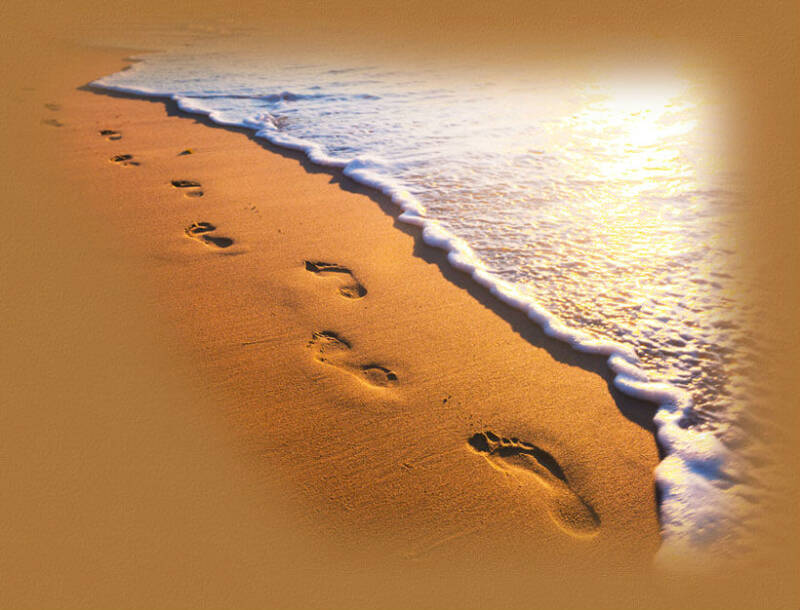 Our parsha contains the most serene description of old age and dying anywhere in the Torah: “Then Abraham breathed his last and died at a good old age, an old man and full of years; and he was gathered to his people” (Gen. 25:8). There is an earlier verse, no less moving:

“Abraham was old, well advanced in years, and God had blessed Abraham with everything”.

Nor was this serenity the gift of Abraham alone. Rashi was puzzled by the description of Sarah – “Sarah lived to be 127 years old: [These were] the years of Sarah’s life” (Gen. 23:1). The last phrase seems completely superfluous. Why not just tell us that Sarah lived to the age of 127? What is added by saying that “these were the years of Sarah’s life”? Rashi is led to the conclusion that the first half of the verse talks about the quantity of her life, how long she lived, while the second tells us about the quality of her life. “They – the years she lived – were all equal in goodness.”

Yet how is any of this conceivable? Abraham and Sarah were commanded by God to leave everything that was familiar: their land, their home, their family, and travel to an unknown land. No sooner had they arrived than they were forced to leave because of famine. Twice, Abraham’s life was at risk when, driven into exile, he worried that he would be killed so that the local ruler could take Sarah into his harem. Sarah herself had to say that she was Abraham’s sister, and had to suffer the indignity of being taken into a stranger’s household.

Then there was the long wait for a child, made even more painful by the repeated Divine promise that they would have as many children as the stars of the sky or the dust of the earth. Then came the drama of the birth of Ishmael to Sarah’s servant Hagar. This aggravated the relationship between the two women, and eventually Abraham had to send Hagar and Ishmael away. One way or another, this was a source of pain to all four people involved.

Then there was the agony of the binding of Isaac. Abraham was faced with the prospect of losing the person most precious to him, the child he had waited for so long.

For a variety of reasons, neither Abraham nor Sarah had an easy life. Theirs were lives of trial, in which their faith was tested at many points. How can Rashi say that all of Sarah’s years were equal in goodness? How can the Torah say that Abraham had been blessed with everything?

The answer is given by the parsha itself, and it is very unexpected. Seven times Abraham had been promised the land. Here is just one of those occasions:

The Lord said to Abram after Lot had parted from him, “Raise your eyes, and, from the place where you are now [standing], look to the north, to the south, to the east, and to the west. All the land that you see I will give to you and your offspring forever. . . . Go, walk through the length and breadth of the land, for I am giving it to you”.

Yet by the time Sarah dies, Abraham has no land at all, and he is forced to prostrate himself before the local Hittites and beg for permission to acquire even a single field with a cave in which to bury his wife. Even then he has to pay what is clearly a massively inflated price: four hundred silver shekels. This does not sound like the fulfilment of the promise of “all the land, north, south, east and west.”

Yet he had to wait so long for even a single son by Sarah that when God insisted that she would indeed have a son, both Abraham (Gen. 17:17) and Sarah (Gen. 18:12) laughed. (The Sages differentiated between these two episodes, saying that Abraham laughed with joy, Sarah with disbelief. In general, in Genesis, the verb tz-ch-k, to laugh, is fraught with ambiguity).

One way or another, whether we think of children or the land – the two key Divine promises to Abraham and Sarah – the reality fell far short of what they might have felt entitled to expect.

That, however, is precisely the meaning and message of Chayei Sarah. In it Abraham does two things: he buys the first plot in the land of Canaan, and he arranges for the marriage of Isaac. One field and a cave was, for Abraham, enough for the text to say that “God had blessed Abraham with everything.” One child, Isaac, by then married and with children (Abraham was 100 when Isaac was born; Isaac was sixty when the twins, Jacob and Esau, were born; and Abraham was 175 when he died) was enough for Abraham to die in peace.

Lao-Tzu, the Chinese sage, said that a journey of a thousand miles begins with a single step. To that Judaism adds, “It is not for you to complete the work but neither are you free to desist from it” (Avot 2:16). God Himself said of Abraham, “For I have chosen him, so that he will direct his children and his household after him to keep the way of the Lord by doing what is right and just, so that the Lord will bring about for Abraham what He has promised him” (Gen. 18:19).

The meaning of this is clear. If you ensure that your children will continue to live for what you have lived for, then you can have faith that they will continue your journey until eventually they reach the destination. Abraham did not need to see all the land in Jewish hands, nor did he need to see the Jewish people become numerous. He had taken the first step. He had begun the task, and he knew that his descendants would continue it. He was able to die serenely because he had faith in God and faith that others would complete what he had begun. The same was surely true of Sarah.

To place your life in God’s hands, to have faith that whatever happens to you happens for a reason, to know that you are part of a larger narrative, and to believe that others will continue what you began, is to achieve a satisfaction in life that cannot be destroyed by circumstance. Abraham and Sarah had that faith, and they were able to die with a sense of fulfilment.

To be happy does not mean that you have everything you want or everything you were promised. It means, simply, to have done what you were called on to do, to have made a beginning, and then to have passed on the baton to the next generation. “The righteous, even in death, are regarded as though they were still alive” (Brachot 18a) because the righteous leave a living trace in those who come after them.