The Consolations of Mortality 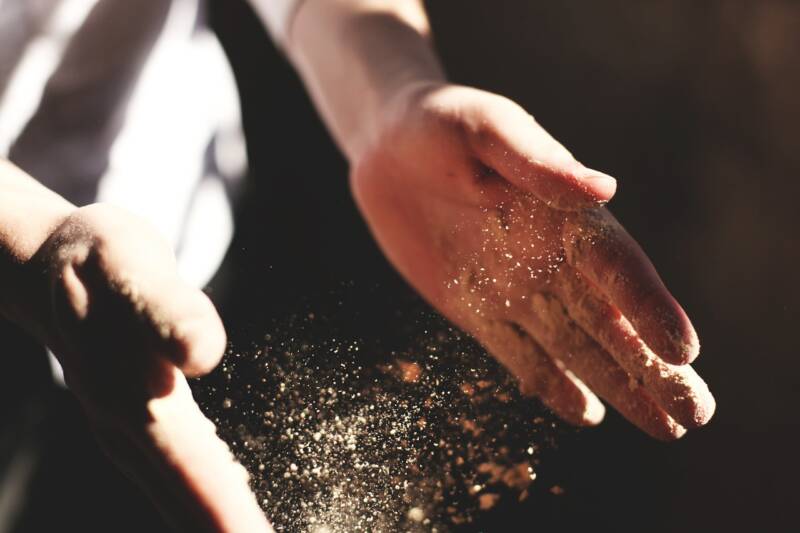 Chukat is about mortality. In it we read of the death of two of Israel’s three great leaders in the wilderness, Miriam and Aaron, and the sentence of death decreed against Moses, the greatest of them all. These were devastating losses.

To counter that sense of loss and bereavement, the Torah employs one of Judaism’s great principles: The Holy One, blessed be He, creates the remedy before the disease.[1] Before any of the deaths are mentioned we read about the strange ritual of the red heifer, which purified people who had been in contact with death – the archetypal source of impurity. That ritual, often deemed incomprehensible, is in fact deeply symbolic.

It involves taking the most striking emblem of life – a heifer that is pure red, the colour of blood which is the source of life, and that has never been made to endure the burden of a yoke – and reducing it to ash. That is mortality, the fate of all that lives. We are, said Abraham, “mere dust and ashes” (Gen. 18:27). “Dust you are,” said God to Adam, “and to dust you shall return” (Gen. 3:19). But the dust is dissolved into “living water,” and from water comes new life.
Water is constantly changing. We never step into the same river twice, said Heraclitus. Yet the river maintains its course between the banks. The water changes but the river remains. So we as physical beings may one day be reduced to dust. But there are two consolations.

The first is that we are not just physical beings. God made the first human “from the dust of the earth”[2] but He breathed into him the breath of life. We may be mortal but there is within us something that is immortal. “The dust returns to the earth as it was but the spirit returns to God who gave it” (Ecclesiastes 12:7).

The second is that, even down here on earth, something of us lives on, as it did for Aaron in the form of his sons who carry the name of the priesthood to this day, as it did for Moses in the form of his disciples who studied and lived by his words as they do to this day, and as it did for Miriam in the lives of all those women who, by their courage, taught men the true meaning of faith.[3] For good or bad, our lives have an impact on other lives, and the ripples of our deeds spread ever outward across space and time. We are part of the undying river of life.

So we may be mortal, but that does not reduce our life to insignificance, as Tolstoy once thought it did,[4] for we are part of something larger than ourselves, characters in a story that began early in the history of civilisation and that will last as long as humankind.

It is in this context that we should understand one of the most troubling episodes in the Torah, Moses’ angry outburst when the people called for water, for which he and Aaron were condemned to die in the wilderness without ever crossing into the Promised Land.[5] I have written about this passage many times elsewhere, and I do not want to focus on the details here. I want simply to note why the story of Moses hitting the rock appears here, in parshat Chukat, whose overarching theme is our existence as physical beings in a physical world, with its two potentially tragic consequences.

First, we are an unstable mix of reason and passion, reflection and emotion, so that sometimes grief and exhaustion can lead even the greatest to make mistakes, as it did in the case of Moses and Aaron after the death of their sister. Second, we are physical, therefore mortal. Therefore, for all of us, there are rivers we will not cross, promised lands we will not enter, futures we helped shape but will not live to see.

The Torah is sketching out the contours of a truly remarkable idea. Despite these two facets of our humanity – that we make mistakes and that we die – human existence is not tragic. Moses and Aaron made mistakes, but that did not stop them being among the greatest leaders who ever lived, whose impact is still palpable today in the prophetic and priestly dimensions of Jewish life. And the fact that Moses did not live to see his people cross the Jordan did not diminish his eternal legacy as the man who turned a nation of slaves into a free people, bringing them to the very brink of the Promised Land.

I wonder if any other culture, creed or civilisation has done greater justice to the human condition than Judaism, with its insistence that we are human, not gods, and that we are, nonetheless, God’s partners in the work of creation and the fulfilment of the covenant.

Almost every other culture has blurred the line between God and human beings. In the ancient world, rulers were usually thought of as gods, demigods, or chief intermediaries with the gods. Christianity and Islam know of infallible human beings, the son of God or the prophet of God. Modern atheists, by contrast, have tended to echo Nietzsche’s question that, to justify our dethronement of God, “Must we ourselves not become gods simply to appear worthy of it?”[6]

In 1967, when I was just beginning my university studies, I listened to the BBC Reith Lectures, given that year by Edmond Leach, professor of anthropology at Cambridge, with their opening sentences, “Men have become like gods. Isn’t it about time that we understood our divinity?”[7] I recall that as soon as I heard those words, I sensed that something was going wrong in Western civilisation. We are not gods, and bad things happened when people thought they were.

Meanwhile, paradoxically, the greater our powers, the lower our estimate of the human person. In his novel Zadig, Voltaire described humans as “insects devouring one another on a little atom of mud.” The late Stephen Hawking stated that “the human race is just a chemical scum on a moderate size planet, orbiting round a very average star in the outer suburb of one among a billion galaxies.” The philosopher John Gray declared that “human life has no more meaning than that of slime mould.”[8] In his Homo Deus, Yuval Harari reaches the conclusion that, “Looking back, humanity will turn out to be just a ripple within the cosmic data flow.”[9]

These are the two options the Torah rejects: too high or too low an estimate of humankind. On the one hand, no man is a god. No one is infallible. There is no life without error and shortcoming. That is why it was so important to note, in the parsha that deals with mortality, Moses’ sin. Likewise it was important to say at the outset of his mission that he had no special charismatic endowments. He was not a natural speaker who could sway crowds (Ex. 4:10). Equally the Torah emphasises at the end of his life that “No one knows his burial place,” (Deut. 34:6) so that it could not become a place of pilgrimage. Moses was human, all-too-human, yet he was the greatest prophet who ever lived (Deut. 34:10).

On the other hand the idea that we are mere dust and nothing more – insects, scum, slime mould, a ripple in the cosmic data flow – must rank among the most foolish ever formulated by intelligent minds. No insect ever became a Voltaire. No chemical scum became a chemist. No ripple in the data flow wrote international bestsellers. Both errors – that we are gods or we are insects – are dangerous. Taken seriously they can justify almost any crime against humanity. Without a delicate balance between Divine eternity and human mortality, Divine forgiveness and human error, we can wreak much destruction – and our power to do so grows by the year.

Hence the life-changing idea of Chukat: we are dust of the earth but there is within us the breath of God. We fail, but we can still achieve greatness. We die, but the best part of us lives on.

The Hasidic master R. Simcha Bunim of Peshischke said we should each have two pockets. In one should be a note saying: “I am but dust and ashes.”[10] In the other should be a note saying: “For my sake was the world created.”[11] Life lives in the tension between our physical smallness and our spiritual greatness, the brevity of life and the eternity of the faith by which we live. Defeat, despair and a sense of tragedy are always premature. Life is short, but when we lift our eyes to heaven, we walk tall.

Life lives in the tension between our physical smallness and our spiritual greatness. Life is short, but when we lift our eyes to heaven, we walk tall.