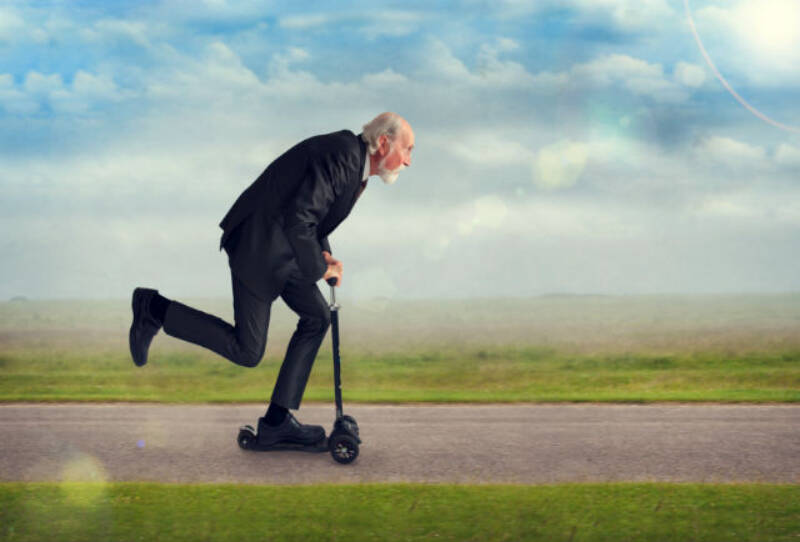 On 27 March 2012, to celebrate the diamond jubilee of the Queen, an ancient ceremony took place at Buckingham Palace. A number of institutions presented Loyal Addresses to the Queen, thanking her for her service to the nation. Among them was the Board of Deputies of British Jews. Its then President, Vivian Wineman, included in his speech the traditional Jewish blessing on such occasions. He wished her well “until a hundred and twenty.”

The Queen was amused and looked quizzically at Prince Philip. Neither of them had heard the expression before. Later the Prince asked what it meant, and we explained. A hundred and twenty is stated as the outer limit of a normal human lifetime in Genesis 6:3. The number is especially associated with Moses, about whom the Torah says:

“Moses was a hundred and twenty years old when he died, yet his eyes were undimmed and his strength undiminished”.

Together with Abraham, a man of very different personality and circumstance, Moses is a model of how to age well. With the growth of human longevity, this has become a significant and challenging issue for many of us. How do you grow old yet stay young?

The most sustained research into this topic is the Grant Study, begun in 1938, which has tracked the lives of 268 Harvard students for almost eighty years, seeking to understand what characteristics – from personality type to intelligence to health, habits and relationships – contribute to human flourishing. For more than thirty years, the project was directed by George Vaillant, whose books Aging Well and Triumphs of Experience have explored this fascinating territory.[1]

Among the many dimensions of successful aging, Vaillant identifies two that are particularly relevant in the case of Moses. The first is what he calls generativity,[2] namely taking care of the next generation. He quotes John Kotre who defines it as “to invest one’s substance in forms of life and work that will outlive the self.” In middle or later life, when we have established a career, a reputation, and a set of relationships, we can either stagnate or decide to give back to others: to community, society and the next generation. Generativity is often marked by undertaking new projects, often voluntary ones, or by learning new skills. Its marks are openness and care.

The other relevant dimension is what Vaillant calls keeper of the meaning. By this he means the wisdom that comes with age, something that is often more valued by traditional societies than modern or postmodern ones. The “elders” mentioned in Tanach are people valued for their experience. “Ask your father and he will tell you, your elders, and they will explain to you,” says the Torah (Deut. 32:7). “Is not wisdom found among the aged? Does not long life bring understanding?” says the book of Job (12:12).

Being a keeper of the meaning means handing on the values of the past to the future. Age brings the reflection and detachment that allows us to stand back and not be swept along by the mood of the moment or passing fashion or the madness of the crowd. We need that wisdom, especially in an age as fast-paced as ours where huge success can come to people still quite young. Examine the careers of recent iconic figures like Bill Gates, Larry Page, Sergey Brin and Mark Zuckerberg, and you will discover that at a certain point they turned to older mentors who helped steer them through the whitewater rapids of their success. Asei lekha rav, “Acquire for yourself a teacher”, remains essential advice.[3]

What is striking about the book of Devarim, set entirely in the last month of Moses’ life, is how it shows the aged but still passionate and driven leader, turning to the twin tasks of generativity and keeper of the meaning.

It would have been easy for him to retire into an inner world of reminiscence, recalling the achievements of an extraordinary life, chosen by God to be the person who led an entire people from slavery to freedom and to the brink of the Promised Land. Alternatively he could have brooded on his failures, above all the fact that he would never physically enter the land to which he had spent forty years leading the nation. There are people – we have all surely met them – who are haunted by the sense that they have not won the recognition they deserved or achieved the success of which they dreamed when they were young.

Moses did neither of those things. Instead in his last days he turned his attention to the next generation and embarked on a new role. No longer Moses the liberator and lawgiver, he took on the task for which he has become known to tradition: Moshe Rabbenu, “Moses our teacher.” It was, in some ways, his greatest achievement.

He told the young Israelites who they were, where they had come from and what their destiny was. He gave them laws, and did so in a new way. No longer was the emphasis on the Divine encounter, as it had been in Vayikra, or on sacrifices as it was in Bamidbar, but rather on the laws in their social context. He spoke about justice, and care for the poor, and consideration for employees, and love for the stranger. He set out the fundamentals of Jewish faith in a more systematic way than in any other book of Tanach. He told them of God’s love for their ancestors, and urged them to reciprocate that love with all their heart, soul and might. He renewed the covenant, reminding the people of the blessings they would enjoy if they kept faith with God, and the curses that would befall them if they did not. He taught them the great song in Ha’azinu, and gave the tribes his death-bed blessing.

He showed them the meaning of generativity, leaving behind a legacy that would outlive him, and what it is to be a keeper of meaning, summoning all his wisdom to reflect on past and future, giving the young the gift of his long experience. By way of personal example, he showed them what it is to grow old while staying young.

At the very end of the book, we read that at the age of 120, Moses’ “eye was undimmed and his natural energy was unabated” (Deut. 34:7). I used to think that these were simply two descriptions until I realised that the first was the explanation of the second. Moses’ energy was unabated because his eye was undimmed, meaning that he never lost the idealism of his youth, his passion for justice and for the responsibilities of freedom.

It is all too easy to abandon your ideals when you see how hard it is to change even the smallest part of the world, but when you do you become cynical, disillusioned, disheartened. That is a kind of spiritual death. The people who don’t, who never give up, who “do not go gentle into that good night,”[4] who still see a world of possibilities around them and encourage and empower those who come after them, keep their spiritual energy intact.

There are people who do their best work young. Felix Mendelssohn wrote the Octet at the age of 16, and the Overture to a Midsummer Night’s Dream a year later, the greatest pieces of music ever written by one so young. Orson Welles had already achieved greatness in theatre and radio when he made Citizen Kane, one of the most transformative films in the history of cinema, at the age of 26.

But there were many others who kept getting better the older they became. Mozart and Beethoven were both child prodigies, yet they wrote their greatest music in the last years of their life. Claude Monet painted his shimmering landscapes of water lilies in his garden in Giverny in his eighties. Verdi wrote Falstaff at the age of 85. Benjamin Franklin invented the bifocal lens at age 78. The architect Frank Lloyd Wright completed designs for the Guggenheim Museum at 92. Michelangelo, Titian, Matisse and Picasso all remained creative into their ninth decade. Judith Kerr who came to Britain when Hitler came to power in 1933 and wrote the children’s classic The Tiger who came to Tea, recently won her first literary award at the age of 93. David Galenson in his Old Masters and Young Geniuses argues that those who are conceptual innovators do their best work young, while experimental innovators, who learn by trial and error, get better with age.[5]

There is something moving about seeing Moses, at almost 120, looking forward as well as back, sharing his wisdom with the young, teaching us that while the body may age, the spirit can stay young ad meah ve-esrim, until a hundred and twenty, if we keep our ideals, give back to the community, and share our wisdom with those who will come after us, inspiring them to continue what we could not complete.

[1] George Vaillant, Aging Well, Little, Brown, 2003; Triumphs of Experience, Harvard University Press, 2012.
[2] The concept of generativity is drawn from the work of Erik Erikson, who saw it – and its opposite, stagnation – as one of one of the eight developmental stages of life.
[3] Avot 1:6, 16.
[4] The first line of Dylan Thomas’ poem of that title.
[5] David Galenson, Old Masters and Young Geniuses, Princeton University Press, 2007.